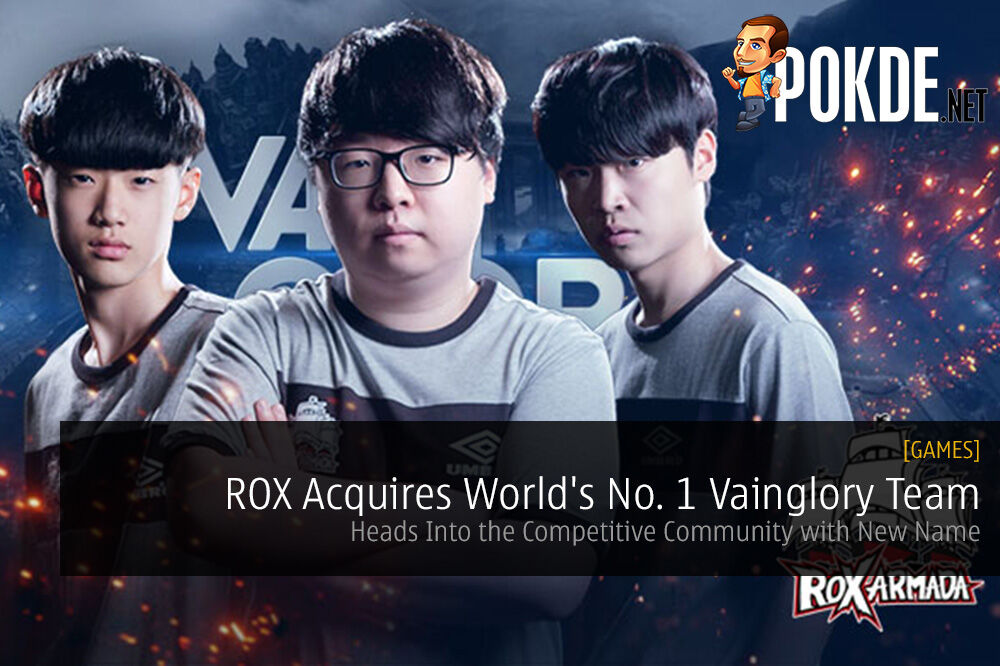 Are you an avid follower of the popular MOBA game on the mobile platform, Vainglory? Are you into the competitive gaming scene? Well, this might be something noteworthy for you. 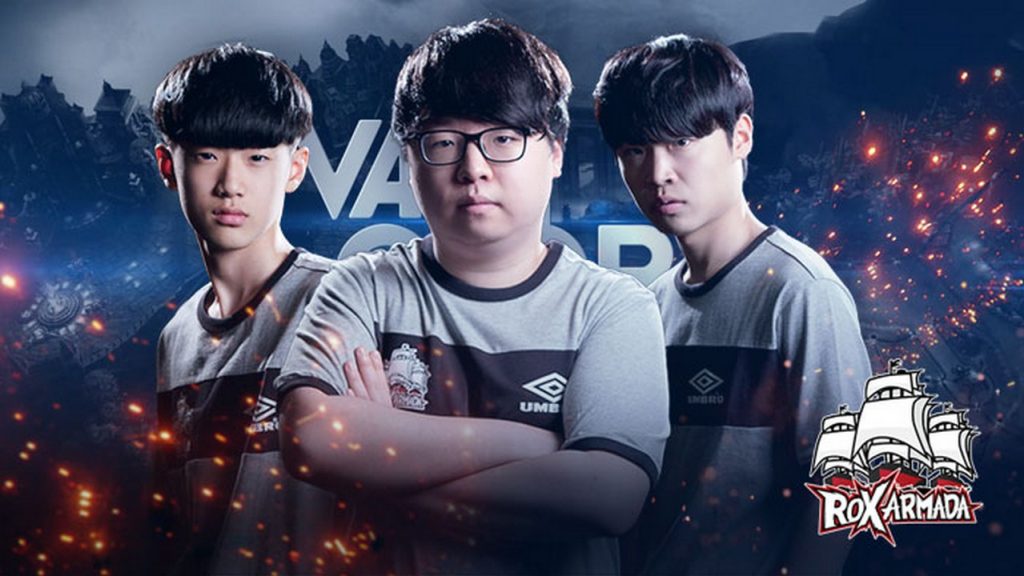 South Korean eSports group ROX makes their 1st entry into the mobile eSports scene with their acquisition of the world’s no. 1 Vainglory team, Invincible Armada. From this point on, they will be known as ROX Armada. 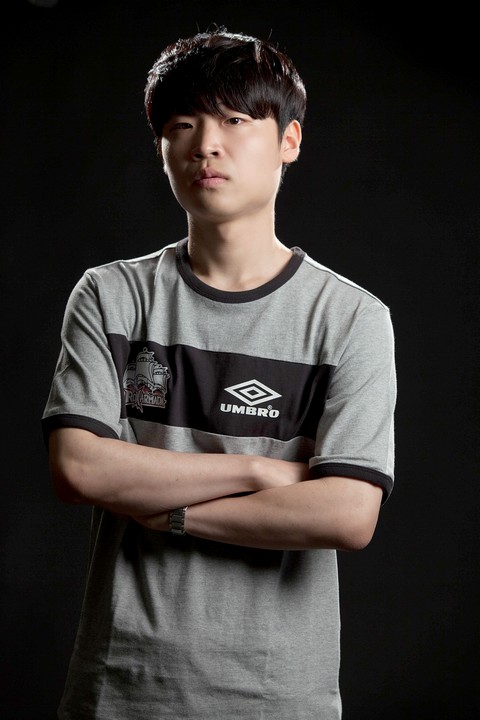 ROX Armada will be made up of some of Vainglory’s top eSports professionals, including World Champions, Eutaek “Mango” Jeong and Hyeonjun “Druid”, along with new team member Junyoung “Engineeus” Choi. To celebrate the newly formed team, the team will premiere for the 1st time at the Amazon Mobile Masters Tournament Series in New York at KCON on June 23 against North American powerhouses, GankStars, Tempo Storm, Tribe, Cloud9 and NRG.

The announcement comes on the eve of Vainglory’s Summer 2017 Season, which kicks off tomorrow, alongside Update 2.6, which includes new hero Grace, and new skins for Skye, Samuel, Koshka and Reim.

As one of the top Vainglory esports teams in the world, we’re excited to see Invincible Armada compete under the new banner of ROX Armada. South Korea is known for its dominance in esports and the Vainglory competitive scene is no different. With ROX Armada’s roster at full strength, the upcoming East Asia competitive Vainglory8 season will be the most exciting yet. 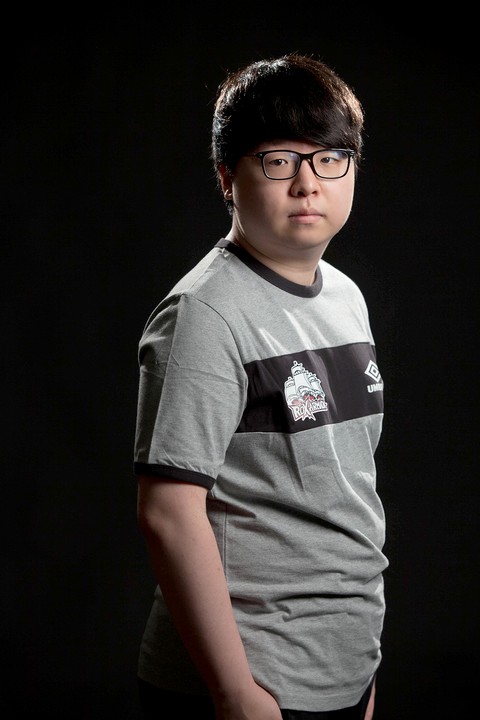 In previous seasons, Phoenix Armada, as the team was known as at that time, won VIPL Season 3, the VGL Korea Summer Championship and the Samsung Galaxy Vainglory Invitational at E3 2016.

ROX is an established eSports club with fans across the globe. ROX Tigers, a professional League of Legends gaming team, are not only a powerhouse in the eSports industry, they’ve made it as far as the semifinals in the 2016 League of Legends World Championships. ROX Orcas, a professional Overwatch gaming team launched in December 2016 and has already made strides in the competitive Overwatch scene.

The ROX organization has long been admiring Invincible Armada and the Vainglory competitive scene. We’ve watched Vainglory grow immensely throughout the last year, to a place where it has become a top eSport – and Invincible Armada has been the top team in the scene since the beginning.

We strive to be the best in every game we compete in, and Invincible Armada fits perfectly within our competitive culture. The formation of ROX Armada is a big step for us and will help us achieve our goal of cementing a winning culture within our organization. 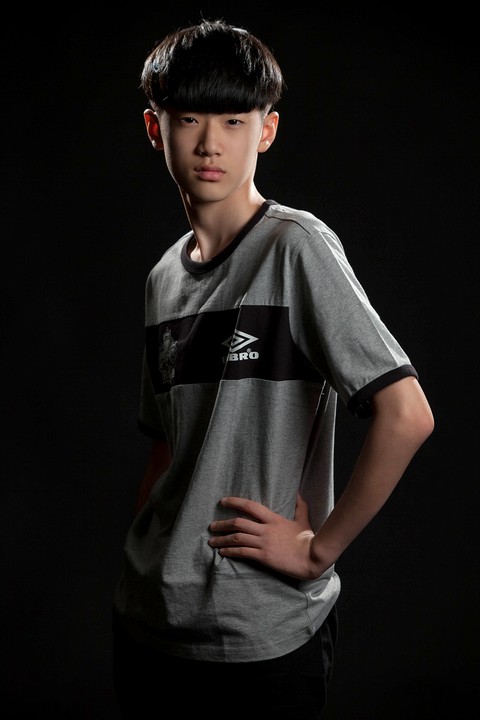 The Vainglory8 Summer season kicks off this weekend from June 24-25. Viewers can tune into the official Vainglory Twitch channel to check out all of the action. The East Asia Vainglory8 league in which ROX Armada will make their professional debut will kick off on July 1st local time. The Korean broadcast on the other hand will be streamed over here.

Pokdepinion: It would seem like ROX is already making their move to solidify their position in the eSports industry. Not that it’s a bad thing of course. It helps the players and keeps the interest going after all. Let’s see what happens from this point onwards. If you’re not entirely sure what all this is about, I suggest going to the Google Play Store or Apple App Store and search for ‘Vainglory’. Download that and give it a try. It’s free, so you got nothing to worry about.

Aiman Maulana
Jack of all trades, master of none, but oftentimes better than a master of one. YouTuber, video editor, tech head, and a wizard of gaming. What's up? :)
Pokde Recommends
AndroideSportsiosSEMCVaingloryEsportsGamingNews
MORE
Read More
2400

MSI’s Hari Raya Promo; With Instant Cash Discount Up to RM 600!
Next

OnePlus 5 is here in Malaysia; What do you need to know
Latest Video
Read More
416