Sony Inzone Headsets Now Officially Up for Sale in Malaysia
Sections
Gadget
Now Reading
OnePlus 5 is here in Malaysia; What do you need to know
NextPrev
Contents
923
0

OnePlus 5 is here in Malaysia; What do you need to know 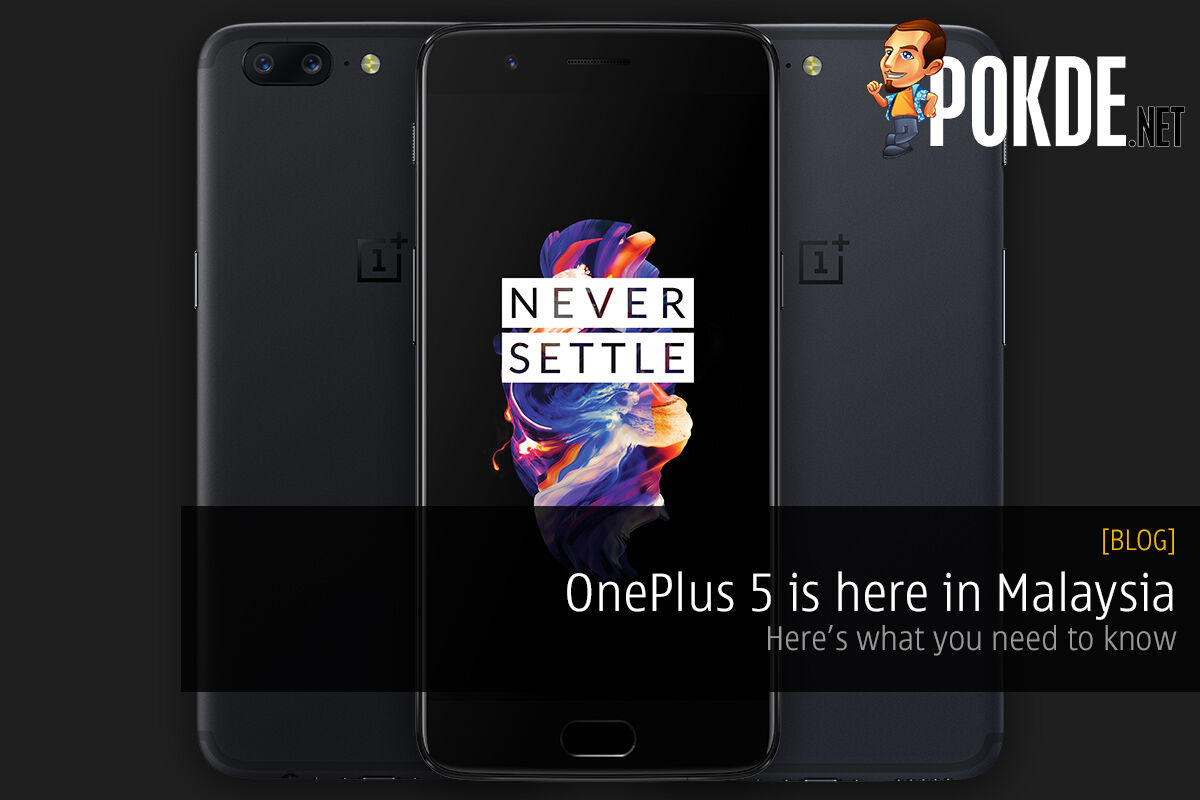 The OnePlus brand has been steadily pushing out what they would proudly call “flagship killers”, charging prices that are much more affordable than what other brands would ask for similar specifications. Their latest and greatest was launched few days back, and Brightstar Malaysia has already announced the pricing for the OnePlus 5 in Malaysia. So before you head out to the store and grab one, check this out to help you make up your mind.

Looking at the specifications sheet, the OnePlus 5 packs the best hardware available, truly a device without compromise. There was also explicit mentioning of UFS 2.1 storage, which hopefully should mean OnePlus won’t be up to any hanky panky with a mix of storage here as we have seen from other brands. You get two variants with the OnePlus 5, a 6GB LPDDR4 RAM with 64GB of UFS 2.1 storage and the higher end 8GB LPDDR4X RAM with 128GB UFS 2.1 storage. You still get no option to expand the storage, a classic OnePlus decision. 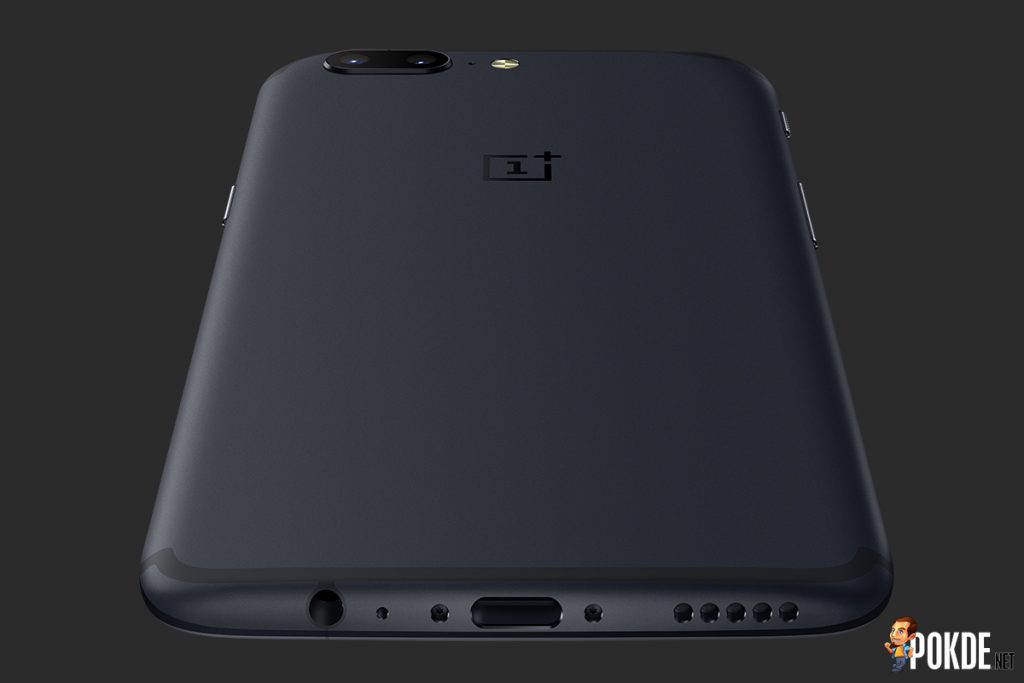 Fast-charging with Dash Charge at 5V 4A should rank the OnePlus 5 among the fastest charging smartphones. Considering the similar power rating, it should share its roots with OPPO’s VOOC technology, which juiced up to 3010 mAh battery in the OPPO R9s in less than an hour. The new Snapdragon 835 is based on the cutting edge 10nm FinFET manufacturing process, which should confer maximum power efficiency without holding back on performance. Speaking of which, the OnePlus 5 has been caught tweaking the clock speeds of the smaller cores when the device detects a recognized benchmark running, artificially increasing scores. While this will give you some extra e-peen points when comparing benchmark scores, it will not give you a boost in day-to-day usage. And oh, as you can see from the above image, no unwelcome courage was applied in the design of the OnePlus 5 ;). 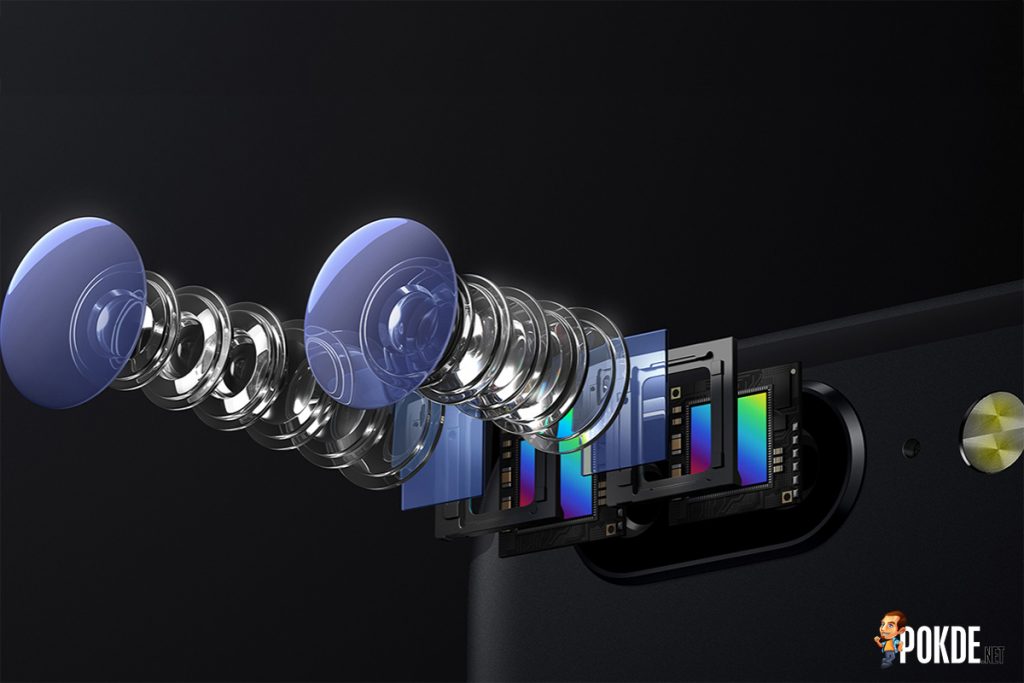 The dual camera is an interesting upgrade from the OnePlus 3, bringing OnePlus up to speed with the dual camera game. The choice of using 1.6x optical zoom yet touting 2.0x lossless zoom, and also putting more pixels behind the telephoto lens raises my eyebrows a little. I would presume that having more pixels in the wide angle lens will give better results because there will be more details to resolve in a wide angle shot than a zoomed in shot, but perhaps they have their own reasoning behind it. OIS is also omitted from the OnePlus 5, which will be noted a serious drawback now in 2017. 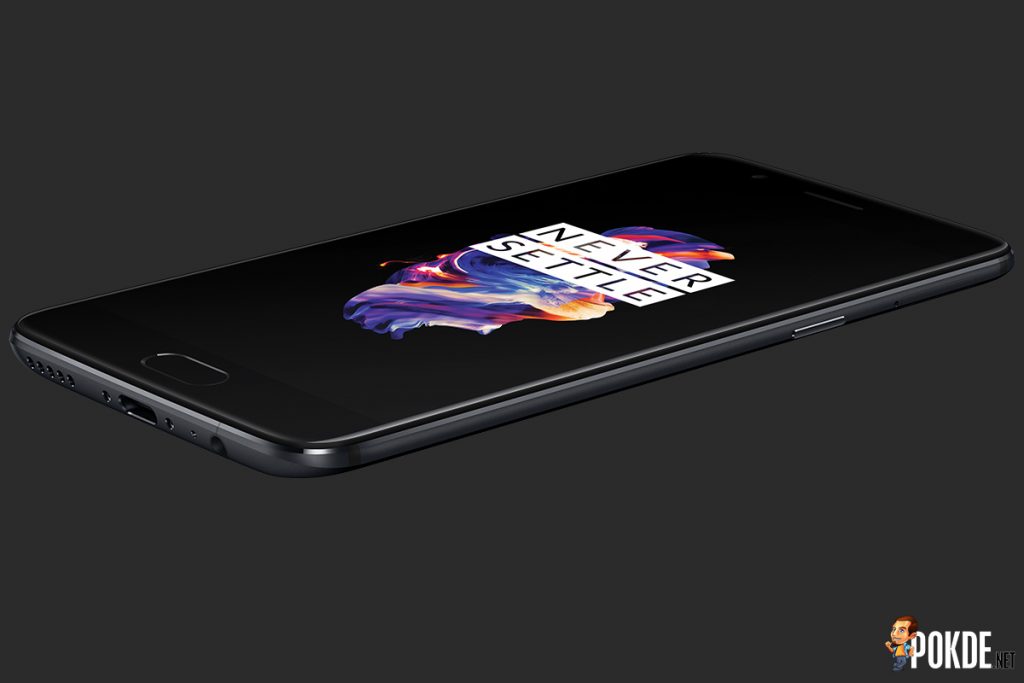 The 5.5″ Optic AMOLED FullHD display is compliant with sRGB and DCI-P3 color profiles, for a more accurate representation when working with colors. Full HD in 2017 may be a little lacking, especially when you have a Snapdragon 835 monster beating inside. Being an AMOLED display, a higher resolution will definitely help the nitpicky ones avoid spotting the infamous Pentile weave. On the bright side, battery life will benefit from the GPU not having to crunch nearly as many pixels. Also, simply because its an AMOLED display, true blacks are a given. 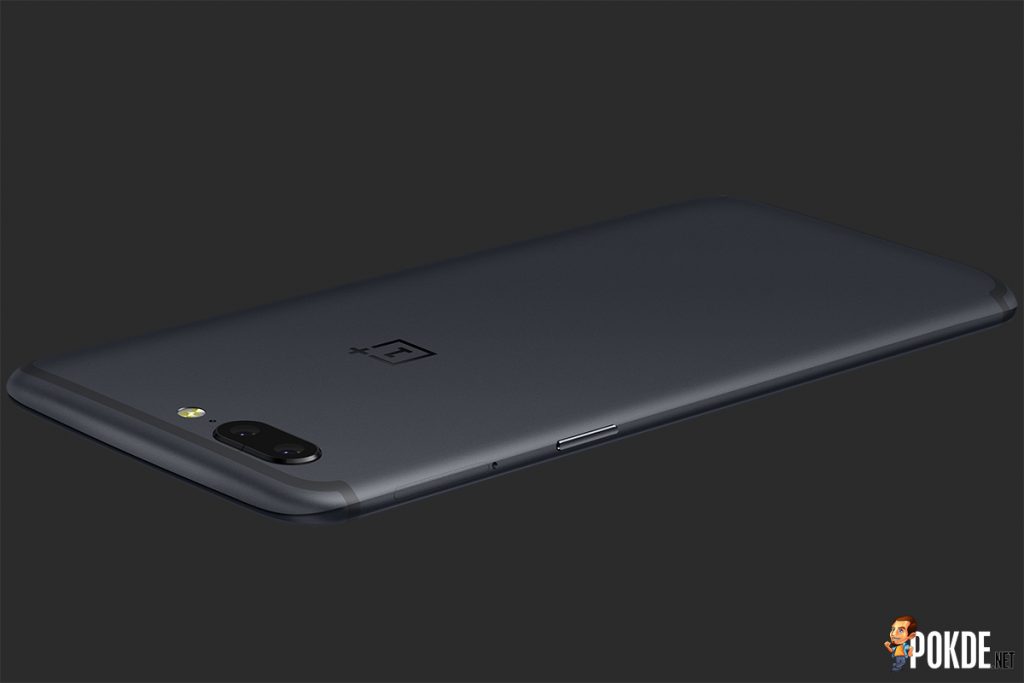 First thing I would like to highlight in this section is how the device is curved around the sides. Just look at the edge. It is what OnePlus dubs Horizon Line, and we have seen it put to good use in guess what, the OPPO R9s. Instead of the generic smooth curves from the front of the device to the back, here we get a sharper angle where the metal from the front curves outwards and then bends sharply inwards merging into the back. It may look sharp, but it is really nice to hold. Just wait till you get your hands on one. The antenna lines are flush with the metal here, and instead of going for contrast, OnePlus decides to makes them near invisible, but just keeps them there to break the monotony of the Slate Grey or Midnight Black metal on the back, depending on which variant you are getting. The fingerprint sensor is not here, just like the previous OnePlus devices which have their fingerprint sensors on the front fascia. The lack of waterproofing detracts from the perfection of the design, as most recent flagships in 2017 have protection against water damage. 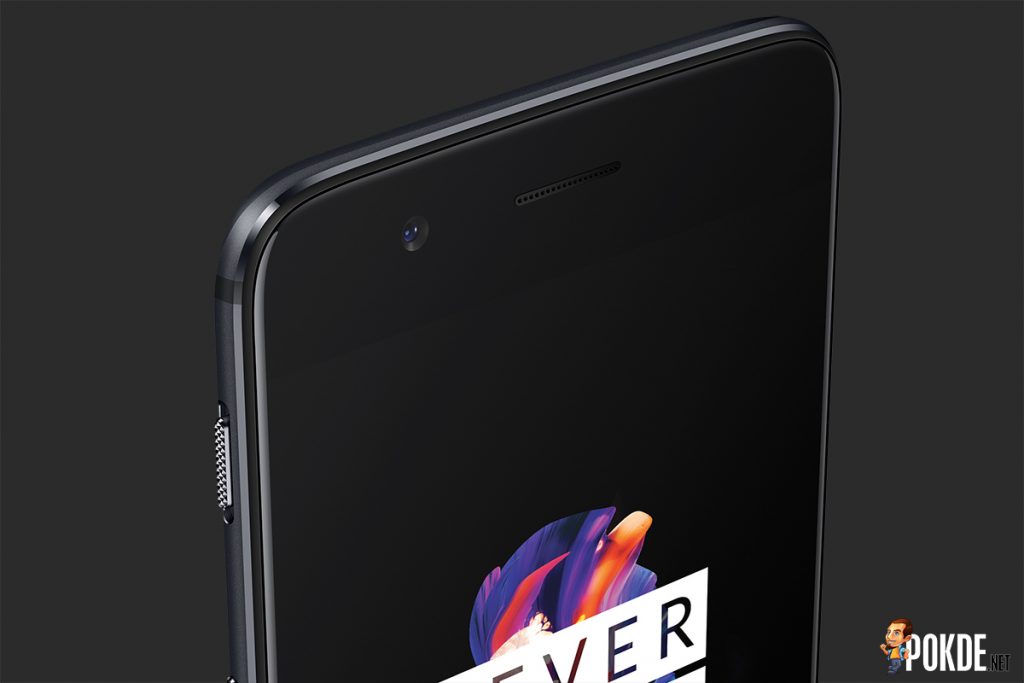 The alert slider which allows you to toggle between mute, priority notifications and all notifications is over here on the left of the device, allowing you quick access to the volume settings without having to unlock your device first. Perfect for professionals who definitely can’t have their smartphone blaring “This is My Fight Song” in the middle of a meeting.

Of course, the most important section. The 6GB/64GB Slate Gray variant is priced at RM2388 while the 8GB/128GB Midnight Black version will be sold at RM2688. While these are new highs for the OnePlus brand here in Malaysia, comparing it against the other devices sporting the Snapdragon 835 or equivalent, this is actually one of the most affordable offerings with this chipset.

ROX Acquires World’s No. 1 Vainglory Team; Heads Into the Competitive C...
Next