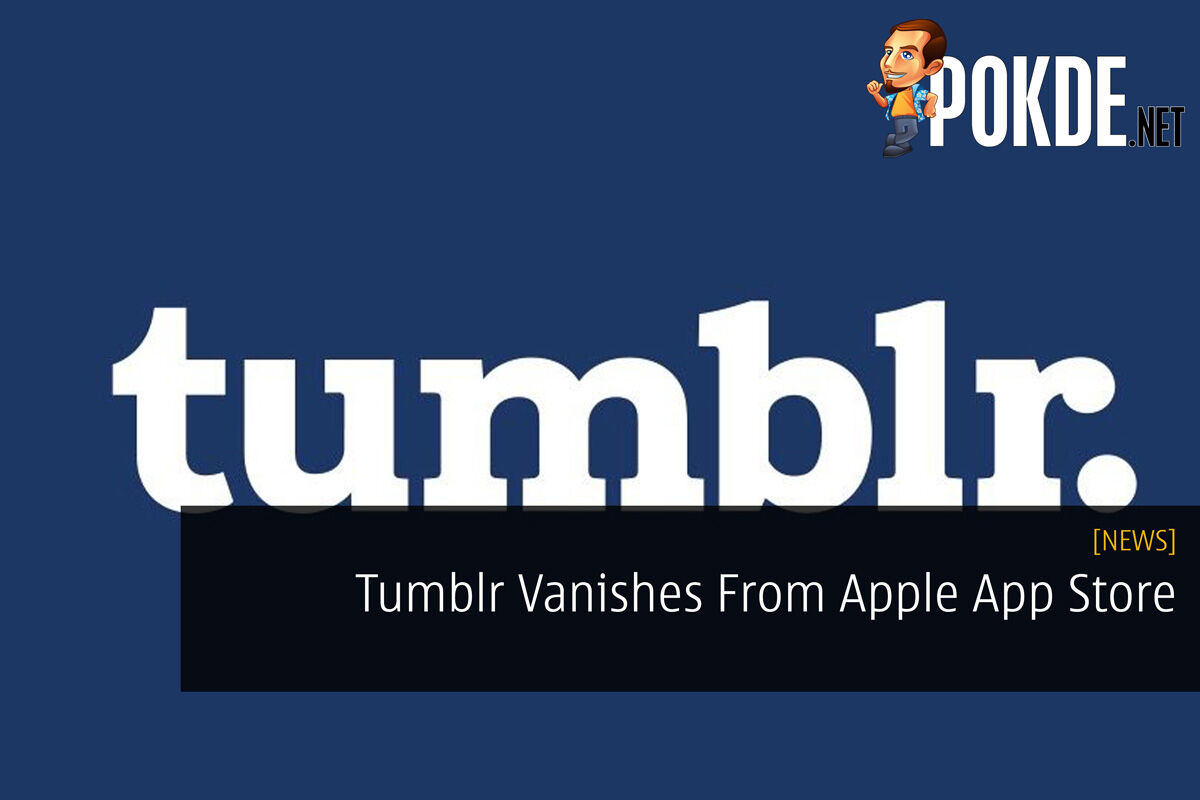 It seems that Tumblr has been taken down from Apple’s App Store, where it is reported that sexual content was the cause of the disappearance.

Just recently, it was revealed in their help center that the app can not be downloaded, insisting that they were working on to fix the issue.

Despite the news, neither Tumblr or Apple has officially stated the reason on to why the app was taken down from the store. Previously in February, Apple pulled Telegram, where the social messaging app was used to distribute illegal content, mainly on child pornography to users.

From Apple’s perspective, they have guidelines for apps that anything that’s on the store must have a content filter to hide away materials of the likes.

Tumblr has been known to share adult content, with the platform leave it to user’s transgression with Not Suitable for Work (NSFW) contents tag to warn users.

Pokdepinion: I honestly have never used the app, so I’m not too sure of what it’s all about. Is it really that bad?