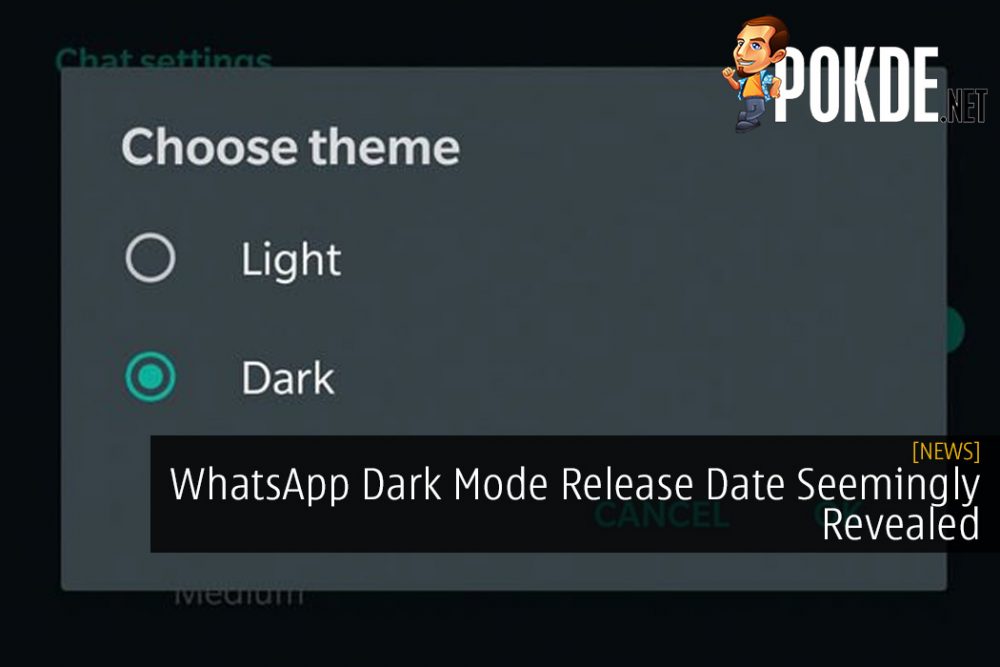 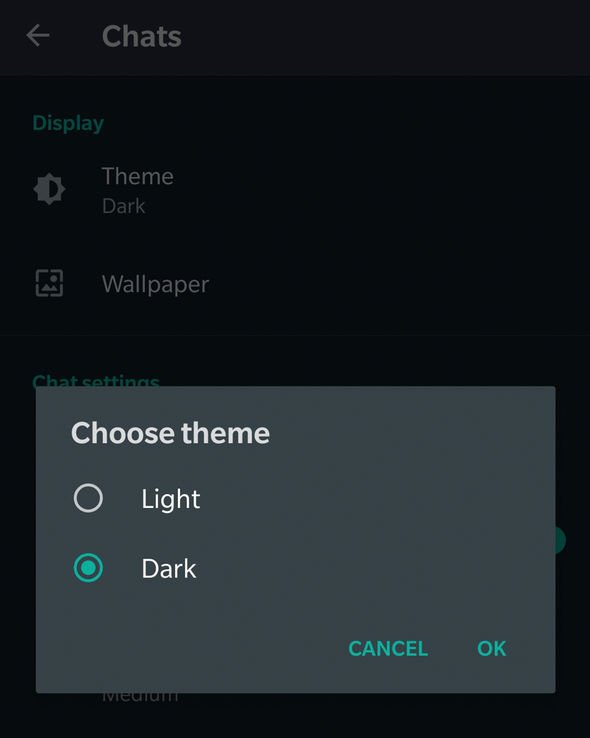 We’ve talked about WhatsApp Dark Mode rather extensively for quite some time now. However, the feature has yet to be made available officially for everyone. The wait might be over soon as a release date for the highly-anticipated feature has seemingly been unveiled.

According to The Sun UK based on information found on WABetaInfo, WhatsApp Dark Mode will be making its way to everyone starting 14th February 2020. The feature has been made available on the beta version for both Android and iOS, with feedback being rather mixed.

Some users have reported that it needs some colour adjustments, such as making it darker or changing the hue for some other elements. This shouldn’t be too hard to adjust, so it wouldn’t be a surprise to see it pop up on the public version soon for both Android and iOS.

When you’ve received the WhatsApp Dark Mode update, you can enable it simply by heading to Settings, followed by Chats > Theme. From there, you can set it to one of three settings; Light, Dark, and Set by Battery Saver. The Light theme is the default theme that the app uses, in case you were wondering.

It’s worth noting that there is no official announcement made on the matter. In fact, it could even be interpreted as the feature will start to roll out on 14th February 2020, but not every device will get it on the same date. For now, we’ll just have to look forward to the date and hope for the best.

Pokdepinion: I’m hoping the release is real because a lot of people have been waiting for so long. I can feel my eyes strained from using WhatsApp in its regular Light theme.

Aiman Maulana
Jack of all trades, master of none, but oftentimes better than a master of one. YouTuber, video editor, tech head, and a wizard of gaming. What's up? :)
Pokde Recommends
AndroidAppDark Modefacebookfeatureinstant messagingiosMalaysiaMobile ApplicationNewsSoftwareSystem
MORE
Read More
1166