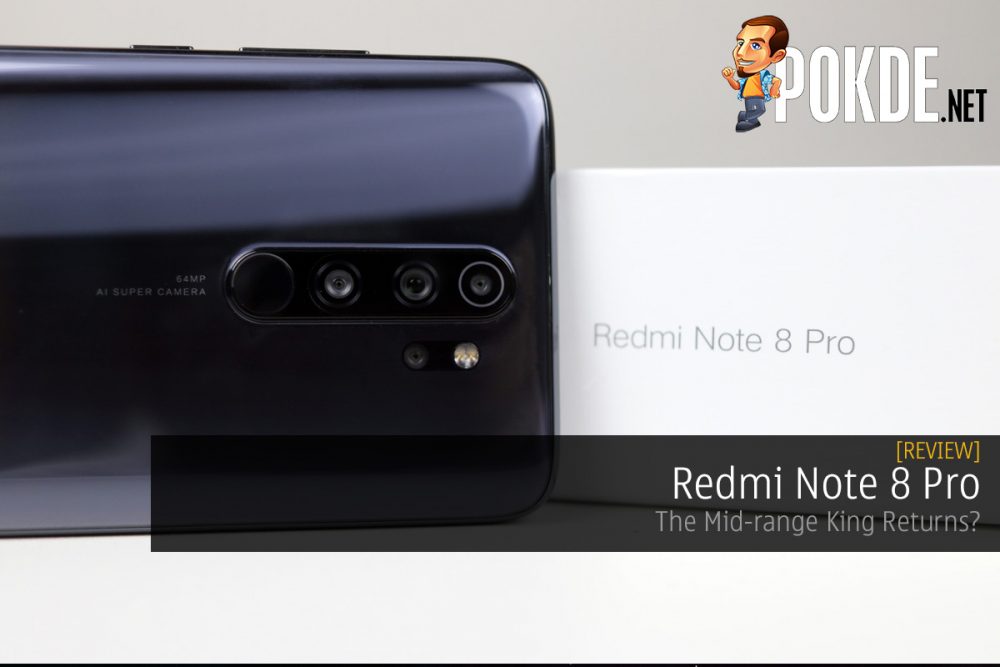 The Redmi Note series has been a fan-favorite for those who are looking for a quality mid-range smartphone and with the Redmi Note 8 Pro, it comes with a quad camera that offers a 64MP. Adding to that, it also is the first device to feature MediaTek's new gaming orientated chipset, the Helio G90T chipset as well as big battery with 18W fast charging. Will it be the mid-range king?

- Battery efficiency could be better

The Redmi Note 8 Pro feels like a solid device, offering an all-round experience that impresses. Definitely a contender.

In this review, we take a look at the new Redmi Note 8 Pro. The main highlight of the device would be its quad camera setup with a 64MP main camera. Furthermore, it is one of the first smartphones to be equipped with MediaTek’s gaming-focused Helio G90T chipset. Let’s see how the Redmi Note 8 Pro performs, shall we?

We got our hands on the Mineral Grey colour option for the Redmi Note 8 Pro. Right off the bat, you’ll find the phone itself, a SIM ejector, a Type-C cable, TPU case, as well as the user manual. Thankfully, they’ve included an 18W charger instead of the standard 10W ones you usually get with their other devices (non-flagship).

The Redmi Note 8 Pro comes with a near bezel-less display with a dewdrop notch on it, which is where the front camera is located.

On the right side of the smartphone, you have the volume rockers and the power button.

On the opposite side, you have the hybrid SIM tray and a pinhole to eject it.

On top, there’s a microphone hole and the phone’s IR blaster.

Down below, you can find the 3.5mm headphone jack, USB Type-C port, another microphone hole and the speaker grille.

Turn over to the back and you’ll find the quad camera setup on the upper middle portion. It kind of reminds me of the POCOPHONE F1 with the layout in the middle, with the exception that this has more cameras.

The Helio G90T is a new gaming-focused chipset from MediaTek and the Redmi Note 8 Pro is actually one of the first to have it packed inside. This is actually the first time that the chipset is being tested here at Pokde.net, and here are the results.

It’s worth noting that we weren’t able to test the phone in Geekbench for some odd reason. We will update the review once it’s capable of doing so.

As you can see from the Antutu benchmark results right above here, it ranks highly for a mid-range device. We even put the fan-favorite POCOPHONE F1 in there, just so you know the difference between the two. We can see that the G90T performed noticeably better compared to devices that utilize a Snapdragon 700-series chipset.

Over at 3DMark, we can see that it scores slightly lower than the Xiaomi Mi 9T (Snapdragon 730) in two out of the three tests. In case you’re wondering how it compares with Snapdragon 800-series chipsets, this will give you a solid idea.

The Redmi Note 8 Pro shines the most on PCMark’s Work 2.0 benchmark, where it sits right on top. This makes it a viable device for productivity purposes.

Despite packing the hefty 4,500 mAh battery, the Redmi Note 8 Pro didn’t perform as well as we’d like to hope. It’s not bad, but it could’ve been better.

In real life usage, the battery life isn’t impressive either. While I was using the Redmi Note 8 Pro, I’d usually would have to charge the phone once I get back home at night. My usage includes social media browsing, several rounds of Call of Duty Mobile and messaging apps.

Using the provided charger, I manage to get 30% from a 30 minute charge, just in case you are wondering how fast the 18W charger really is.

The Redmi Note 8 Pro feels like a solidly built device, thanks to the front and back glass design. I personally feel that the fingerprint sensor at the rear is too close to the camera. I foresee people accidentally touching the camera lens rather often, so you may need to wipe that down from time to time.

As for the display, it feels decent enough for the price considering that it’s a 6.54″ IPS display with Full HD+ resolution. I feel like it’s kind of bulky but that’s just my personal opinion, seeing how I’m coming from a Mi 8 as my daily driver.

As for gaming, I pretty much enjoyed it. Since a lot of people have the assumption that a MediaTek-powered smartphone overheats easily, we decided to test it out ourselves. After playing for around 4 hours and 30 minutes, there’s no issues of overheating. There’s warmth (standard for smartphones) but it doesn’t get unbearably hot.

I can definitely vouch for the liquid cooling system in the phone as it does indeed work pretty well. Moreover, the phone is also able to play both Call of Duty Mobile and PUBG Mobile on max settings with no issues. Yes, you read that right, the phone can handle it with no issues.

In terms of the UI, there isn’t much difference from other MIUI 10 devices. At the moment, it’s still one of my favorite UIs around given how easy it is to use. Let’s hope that the upcoming MIUI 11 will be as good, if not better.

The camera UI on the hand is also similar. There’s a whole bunch of modes that sits above the shutter. I guess the only thing that I didn’t enjoy is the fact that you’d need to swipe a couple of times to get to the mode of your choice. I would prefer it if it they put in an option where you can choose your modes directly instead.

Here are the photo samples taken with the Redmi Note 8 Pro. Some of the shots are taken by a professional (you can probably tell which). Based on the results, you can take a look how detailed the shots you can get from the device. Even in low light situations, it can still get you clear shots.

If you wish to see full resolution of the photos, you can check them out right here. One thing that you make sure is that you have enough storage, especially if you take a lot of photos with the 64MP mode as the photos will take up quite a bit of space.

Should You Get The Redmi Note 8 Pro?

Overall the Redmi Note 8 Pro feels like a solid offering in the mid-range segment. Pit it against the likes of the Mi 9T Pro and there are still good reasons as to why you’d opt for this still, especially if photography is your focus. It works great for mobile gaming as well.

If you were to choose from the two variants that’s available, I’d suggest for you to pick the bigger storage version, just to ensure that you won’t be lacking space for those 64MP shots.

Aside from the battery performance, I’m quite satisfied with the smartphone. If it manages to do better in that department, I would gladly give it our coveted Gold Pokdeaward. Instead, it’ll be receiving our 2nd best thing, our Silver Pokdeaward.

We would like to thank Xiaomi Malaysia for providing the Redmi Note 8 Pro that was used in this review. 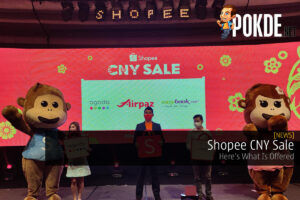