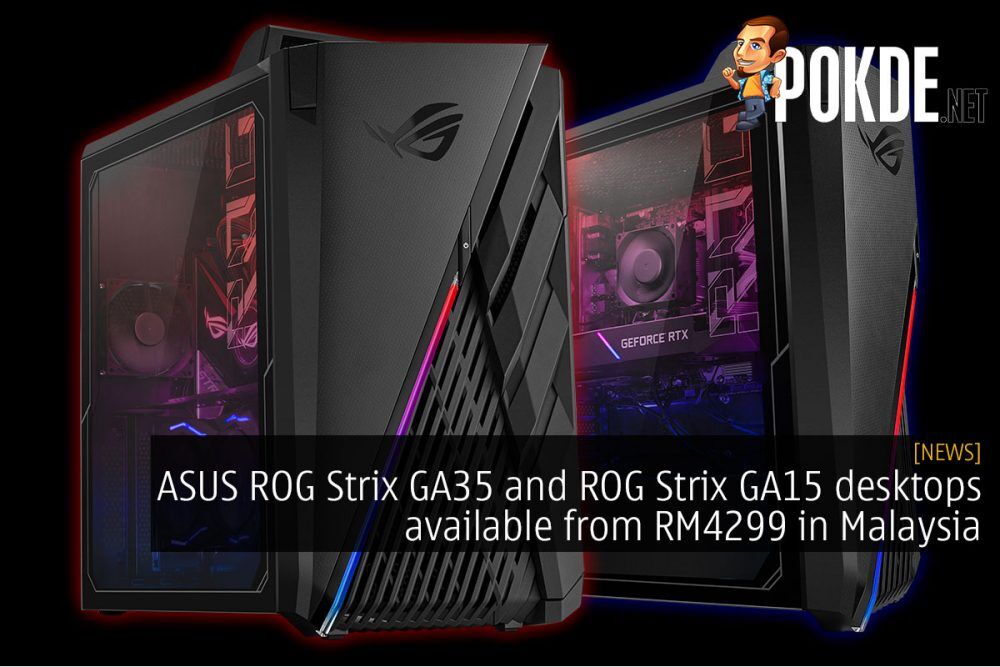 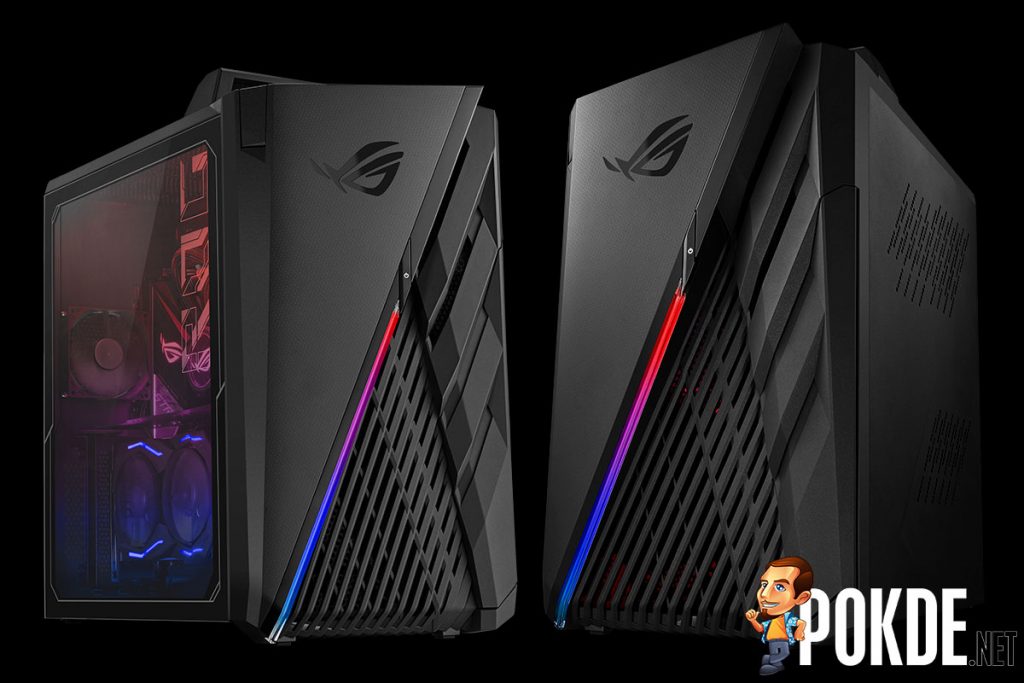 For those looking for the ultimate AMD-powered gaming desktop from ASUS, this is it. The ROG Strix GA35 is a sizable rig, proportional to the horsepower available in this beastly system. Built to deliver maximum performance without sacrificing on style, the ROG Strix GA35 features aggressive-looking air vents in front that allow the components in it to run cool and quietly with abundant airflow within the multi-chamber chassis. 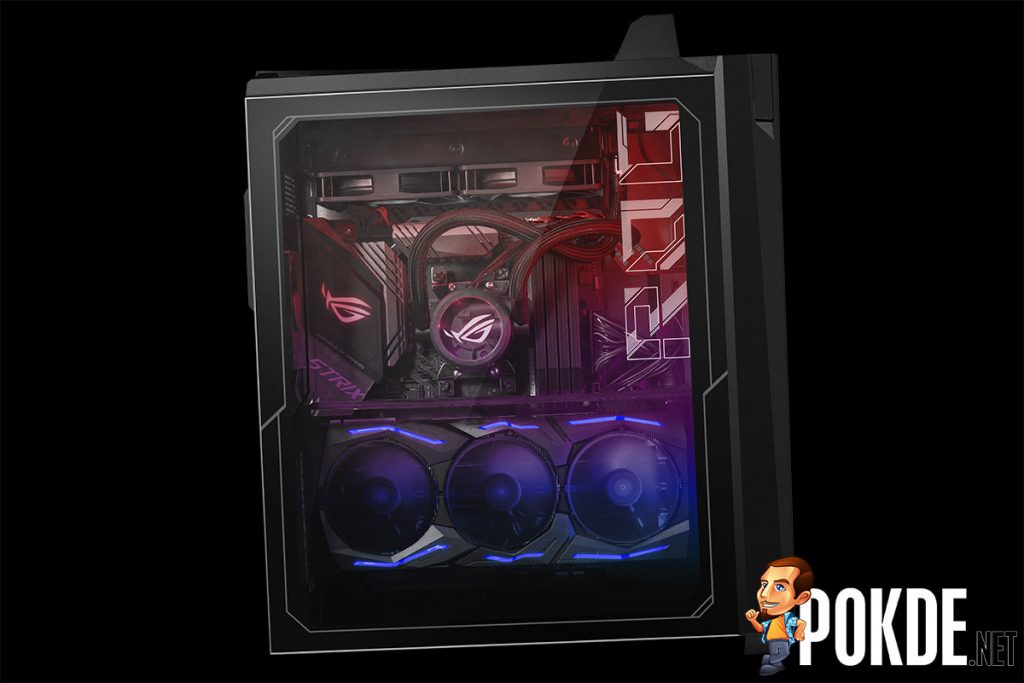 ASUS offers up to AMD Ryzen 9 3900X processors, GeForce RTX 2080 Ti GPUs and 32GB of RAM right out of the box, with the possibility of further expansion too. The ASUS ROG Strix GA35 packs a AMD X570 motherboard supporting four sticks of RAM, but that’s not all. You can also throw in a PCIe 4.0 SSD to take your storage speeds to the next level. ASUS has equipped the ROG Strix GA35 with a 240mm liquid cooler to keep the CPU running cool, even when you are pushing the limits of your processor with heavy workloads over long periods.

The ROG Strix GA35 desktops will come with a ROG Strix Flare mechanical keyboard and a ROG Gladius II gaming mouse, so all you need is a monitor and a headset to start gaming. 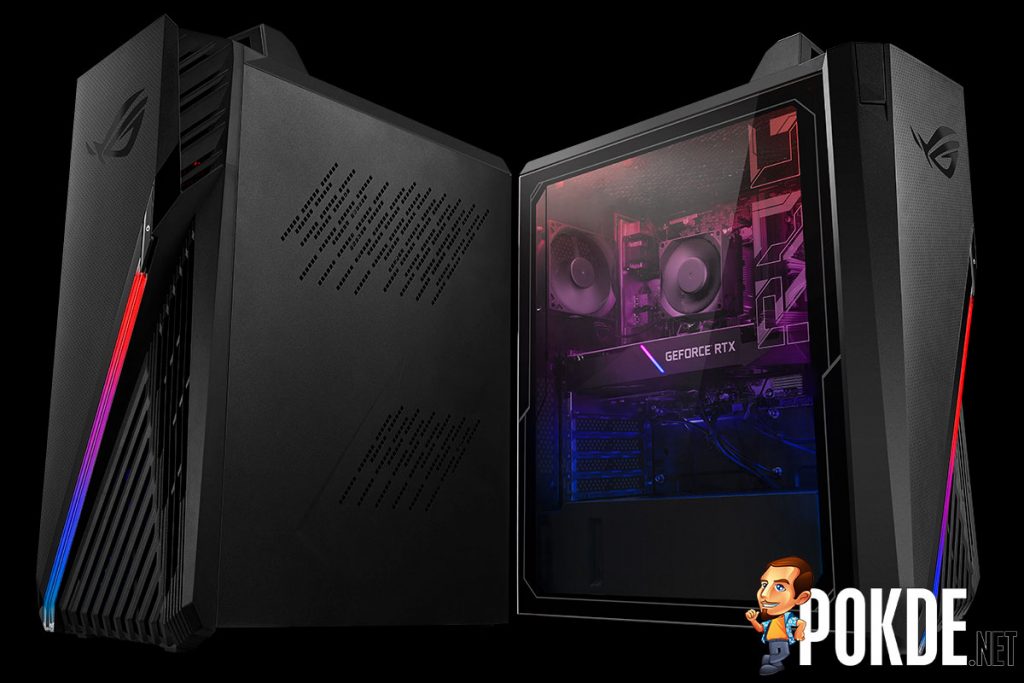 The ASUS ROG Strix GA35 and ROG Strix GA15 are already available now with 3 Years of On Site Warranty. What are you waiting for? Go get your ASUS ROG Strix desktop featuring the latest AMD Ryzen 3000 processors!

Pokdepinion: The ROG Strix GA35 looks pretty good, but I think it’s still a bit on the chonky side. Perhaps a ROG Huracan with an AMD Ryzen 9 3900X under the hood would be more enticing…