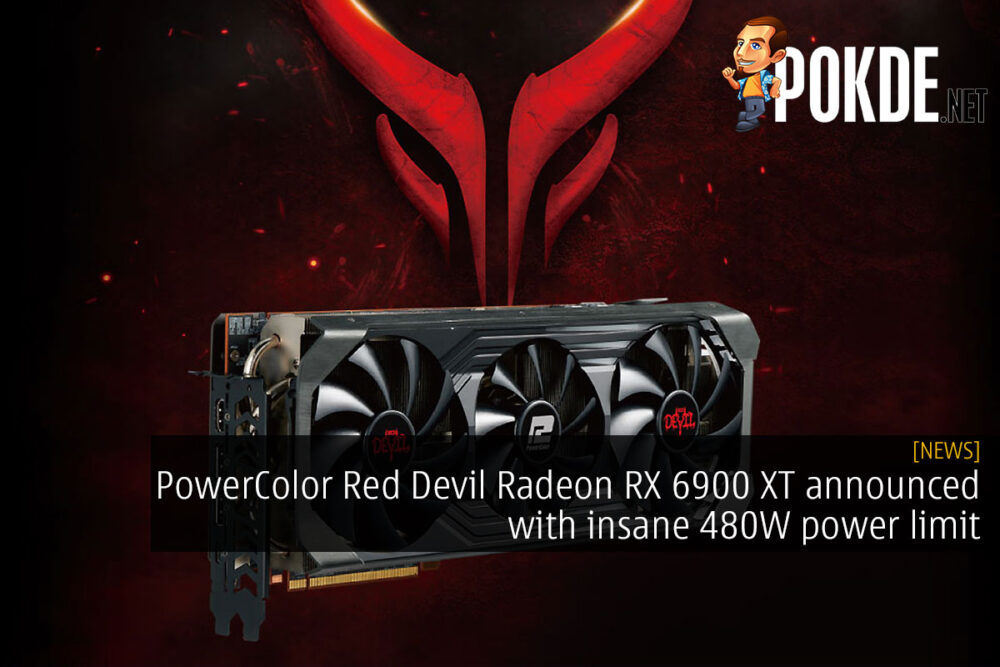 While previously AMD was considering making the Radeon RX 6900 XT only available as a reference card, they did change their mind when they finally launched it. And as one of the AMD-exclusive partners, PowerColor has just unveiled the Red Devil Radeon RX 6900 XT with a custom cooler and PCB design. 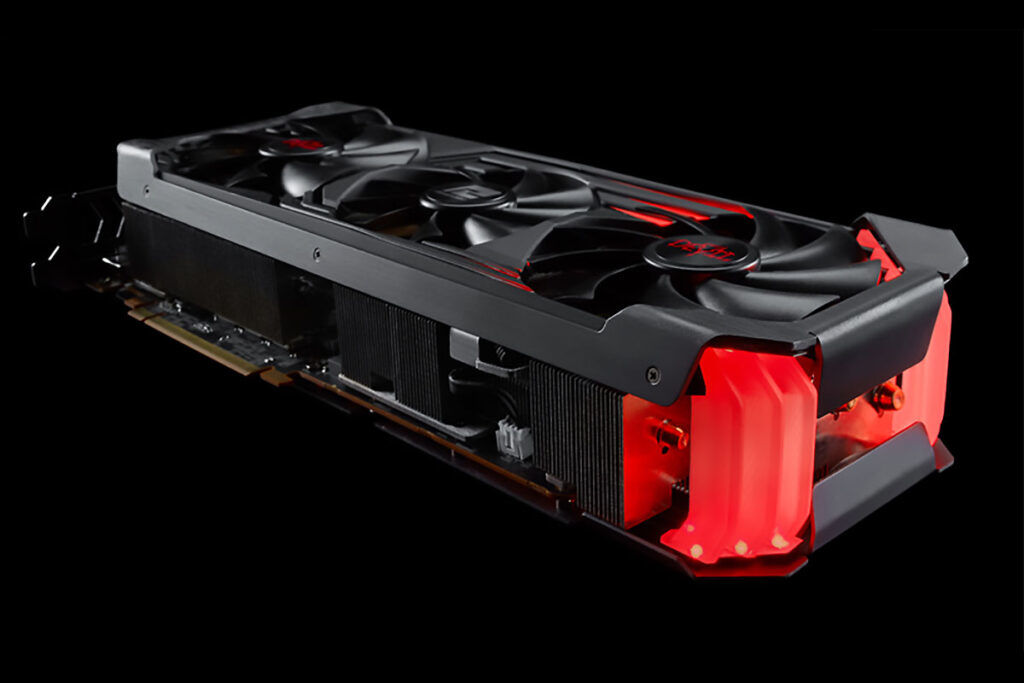 The cooler here is a massive triple-slot cooler with two huge 100mm fans flanking a center 90mm fans. Instead of AMD’s reference design which calls for a vapor chamber, PowerColor packed an insane 7 heatpipes, three 8mm and four 6mm heatpipes, to wick the heat away from the GPU efficiently. As you would expect from a recent graphics card, there is ARGB lighting on the card, with an ARGB connector to allow you to synchronize the RGB lighting with your motherboard. Considering that PowerColor doesn’t make their own motherboards, this is a great innovation to allow users to sync up the lighting. 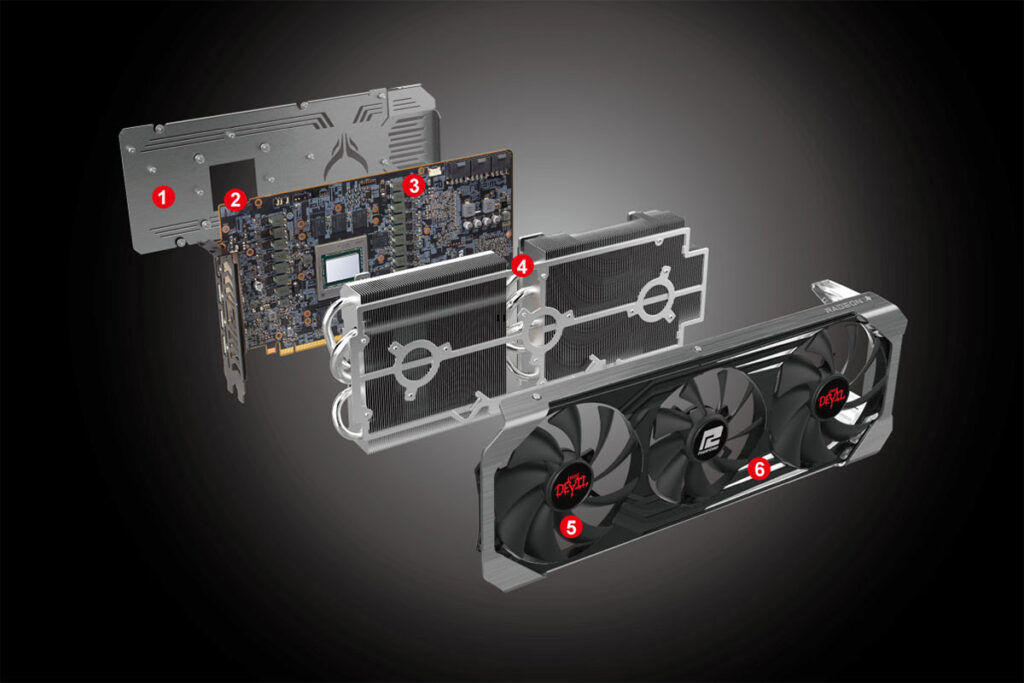 Taking advantage of the enhanced cooling that the overengineered cooler brings to the table is a 480W power limit. This is way above AMD’s reference spec of 300W, so you should be able to bang right up against AMD’s 3GHz clock limit for the Radeon RX 6900 XT GPU. Ensuring that you can safely pull that amount of power is a 14+2 phase VRM consisting of DrMOS components. There are also three 8-pin PCIe connectors on the PowerColor Red Devil Radeon RX 6900 XT to supply up to 525W to the GPU. PowerColor recommends a 900W PSU to be paired with this card. 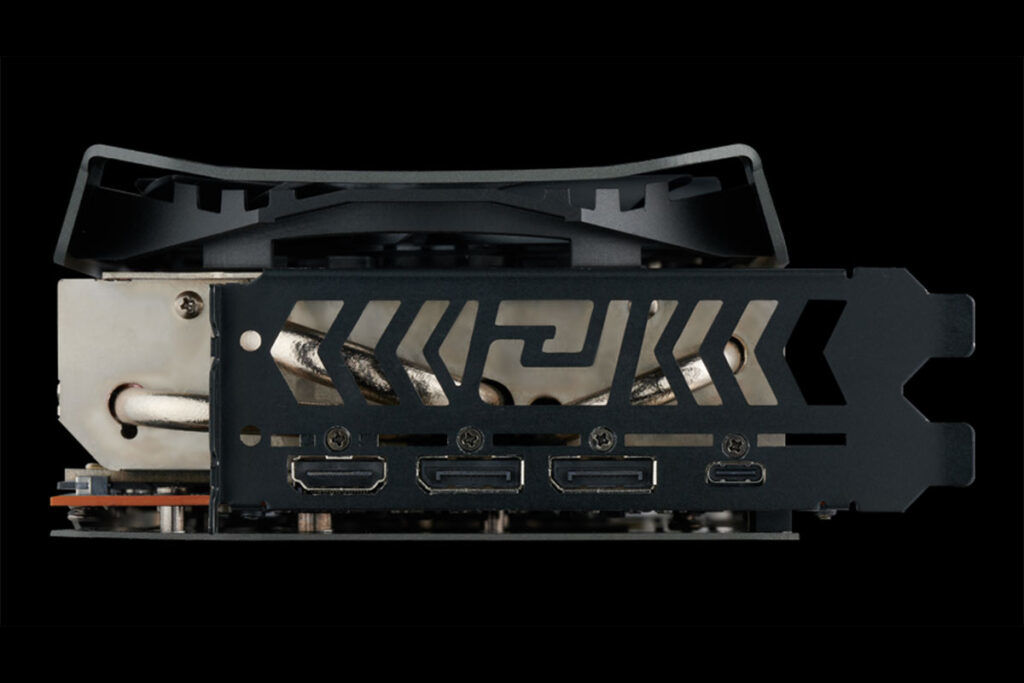 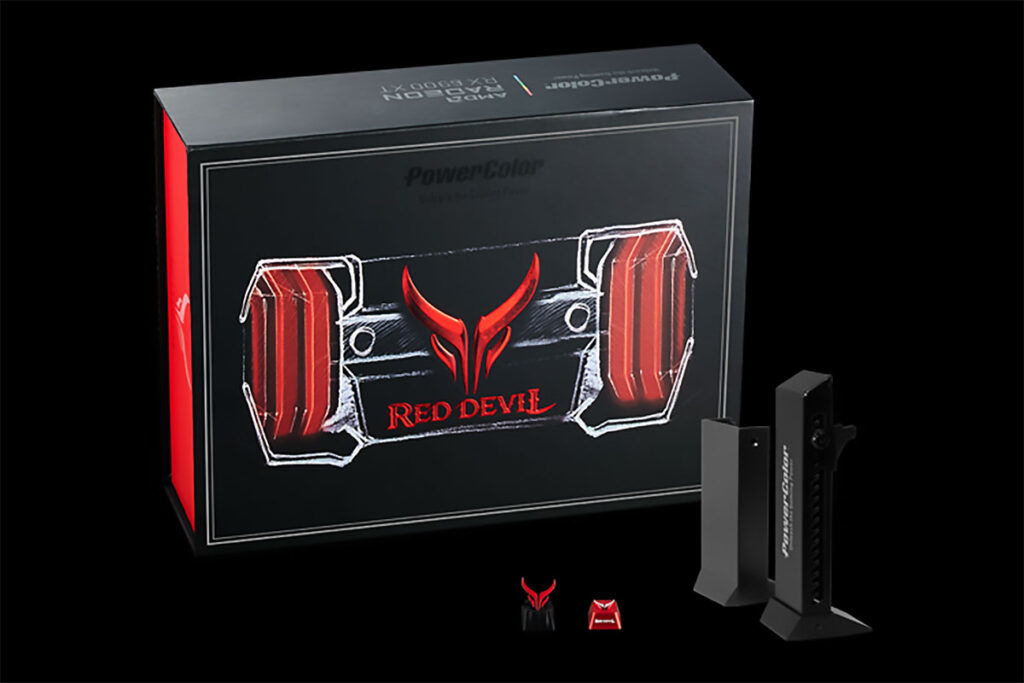 Pricing information has yet to be revealed, but expect this to be on the premium end of things. The PowerColor Red Devil series is the brand’s premium lineup, so it should definitely be priced above the $999 MSRP AMD set for the Radeon RX 6900 XT.

Pokdepinion: It is surely devilishly good looking. Hope it performs as good as it looks too! 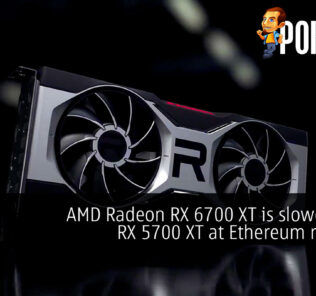 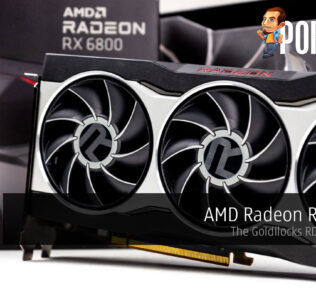 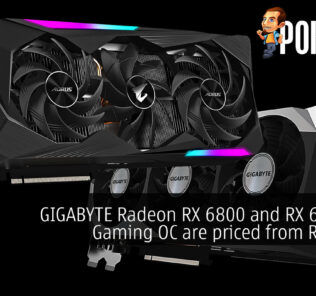