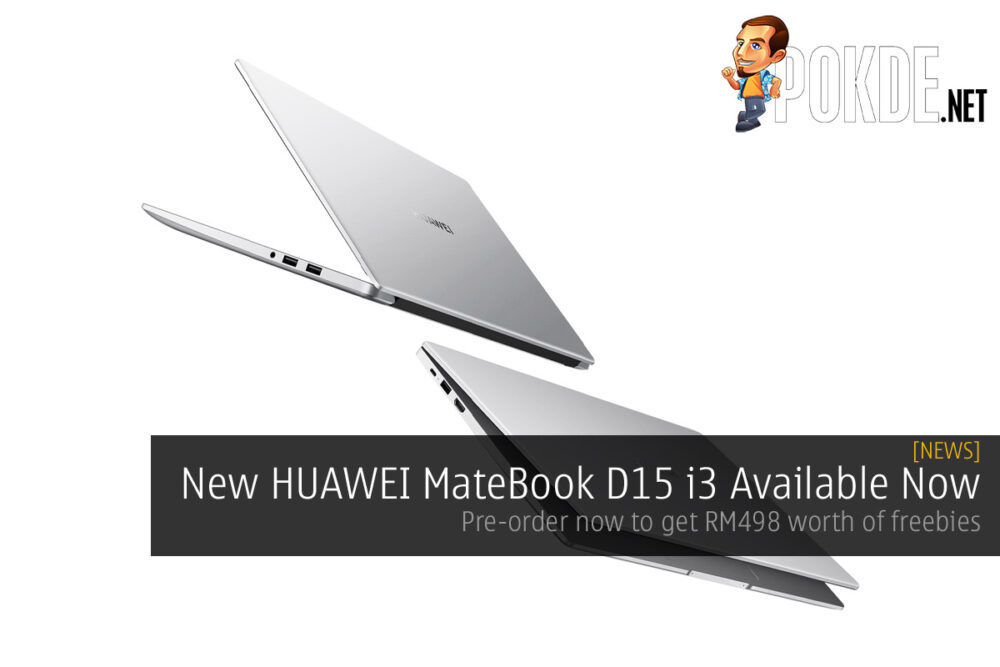 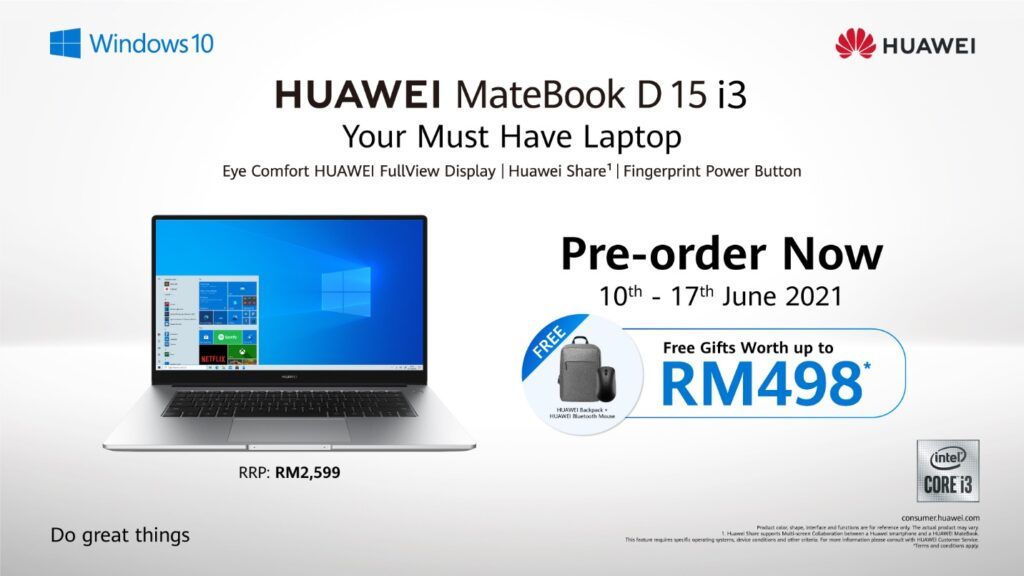 The new HUAWEI MateBook D 15 i3 features all the hallmarks set by the MateBook Series lineup particularly in its design. The laptop features a 1080p HUAWEI FullView Display that measures 15.6-inches with slim and narrow bezels at the top and on the sides of the notebooks enable a bigger display and wider viewing perspective for consumers. The display also comes with TÜV Rheinland Low Blue Light and Flicker-Free certification.

As per its name, the HUAWEI MateBook D 15 i3 features an Intel Core i3-10110U processor, Intel UHD graphics 620, 8GB RAM as well as 256GB SSD storage. The laptop is also equipped with a power button that doubles as a fingerprint sensor, productivity features such as improved HUAWEI Share and Multi-screen Collaborations. With Multi-screen Collaborations, users can have up to three mobile apps open on the PC display. Furthermore, this feature allows for easier file transfers, screen mirroring and interactions between PCs and Android system.

In addition, the HUAWEI MateBook D 15 i3 comes along with a 65W USB Type-C AC adapter that supports fast charging. The notebook can last up to 2 hours of office work with a 15-minute charge. The adapter also can be used to charge a selected range of HUAWEI SuperCharge-enabled devices. What’s more, the notebook supports reverse charging. When switched off, the HUAWEI MateBook D 15 i3 can transform into a giant power bank for smartphones.

The HUAWEI MateBook D 15 i3 is open for pre-order now until 17 June for RM2,599 and is available in Mystic Silver. It will also come with limited free gifts including HUAWEI Backpack and HUAWEI Bluetooth Mouse worth RM498.

Pokdepinion: This actually looks like a pretty decent laptop for work or school. I just wish that HUAWEI had gone with a newer 11th Gen Intel processor though.