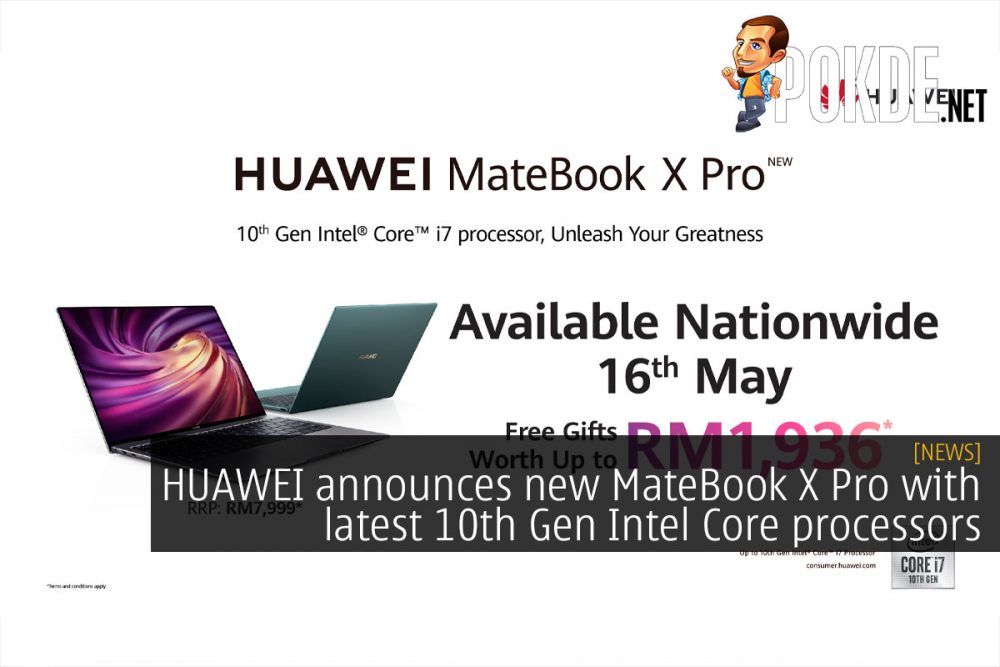 HUAWEI has been gradually expanding their horizons beyond smartphones with their lineup of products which complement their smartphones, and they have just announced the new HUAWEI MateBook series. Leading the charge is the flagship HUAWEI MateBook X Pro, which is their top of the line ultraportable laptop.

HUAWEI used machined aluminium for the entire chassis of the HUAWEI MateBook X Pro, thus allowing them to deliver a laptop that’s thin and light without compromising the rigidity of the laptop. In this compact design, the HUAWEI MateBook X Pro packs a 13.9″ 3K 3:2 LTPS display which offers an impressive 91% screen-to-body ratio, while also supporting touch input. 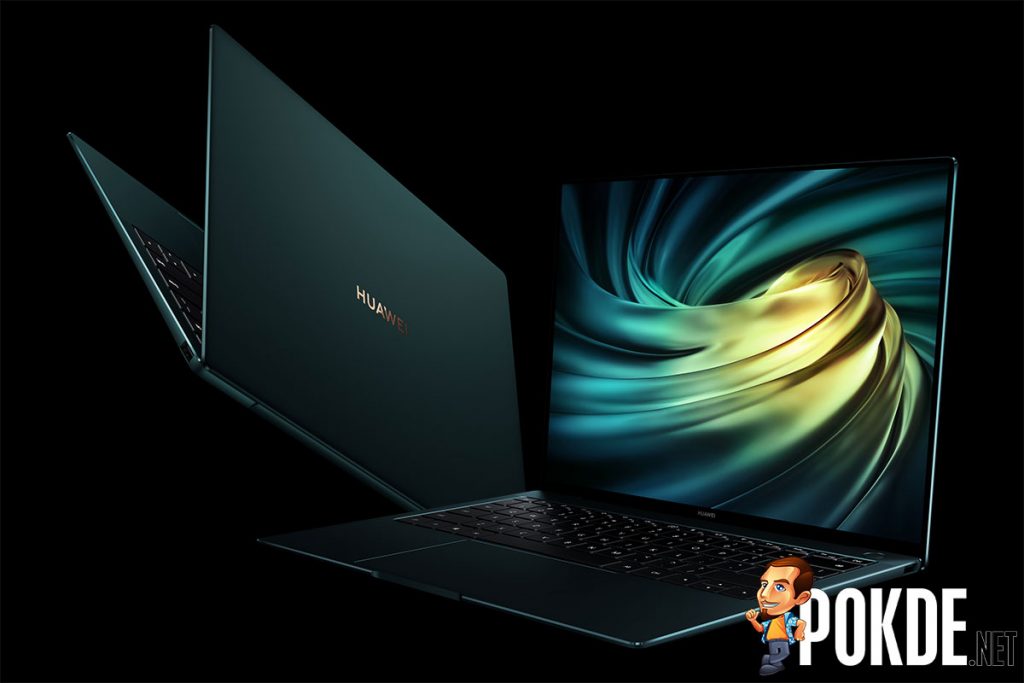 Under the hood lies the Intel Core i7-10510U and GeForce MX250 graphics for exceptional performance in its class. Last but not least, HUAWEI packed a quad speaker system into the HUAWEI MateBook X Pro to deliver an impressive audio experience unlike other laptops in this segment.

You can check out our first impressions of the Emerald Green HUAWEI MateBook X Pro above. 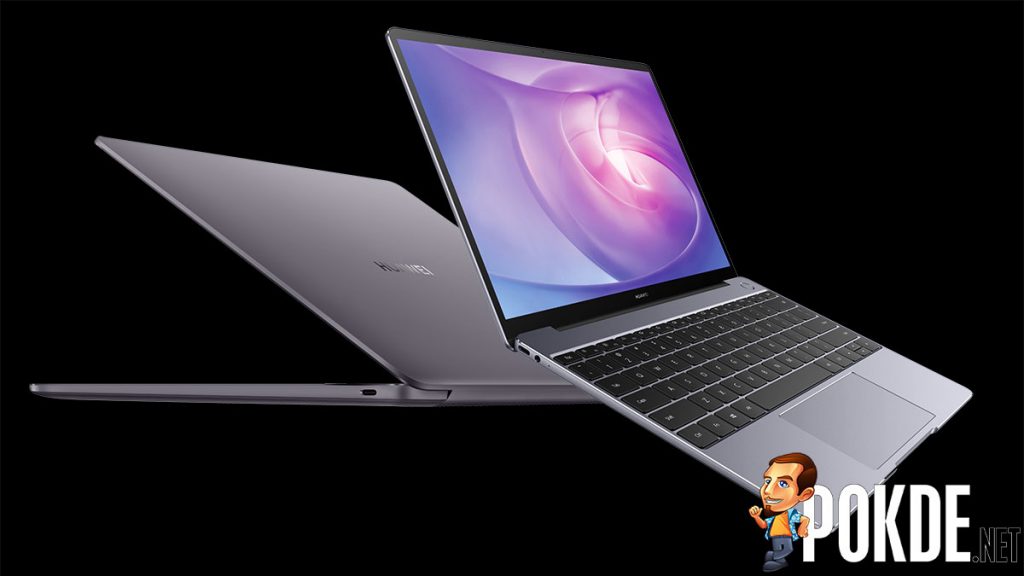 You get the same 3:2 aspect ratio and all-aluminium build as the HUAWEI MateBook X Pro, although the HUAWEI MateBook 13 sports a slightly smaller 13″ display that offers a 2K resolution and a whopping 88% screen-to-body ratio. The battery is also quite a bit smaller at 41.7 WHr. You can check out the various configurations available in Malaysia below:

All three flavors of the HUAWEI MateBook 13 come in Space Grey, and will come with a bundle of free gifts including a HUAWEI Bluetooth Mouse, a HUAWEI Backpack and a HUAWEI Band 4. 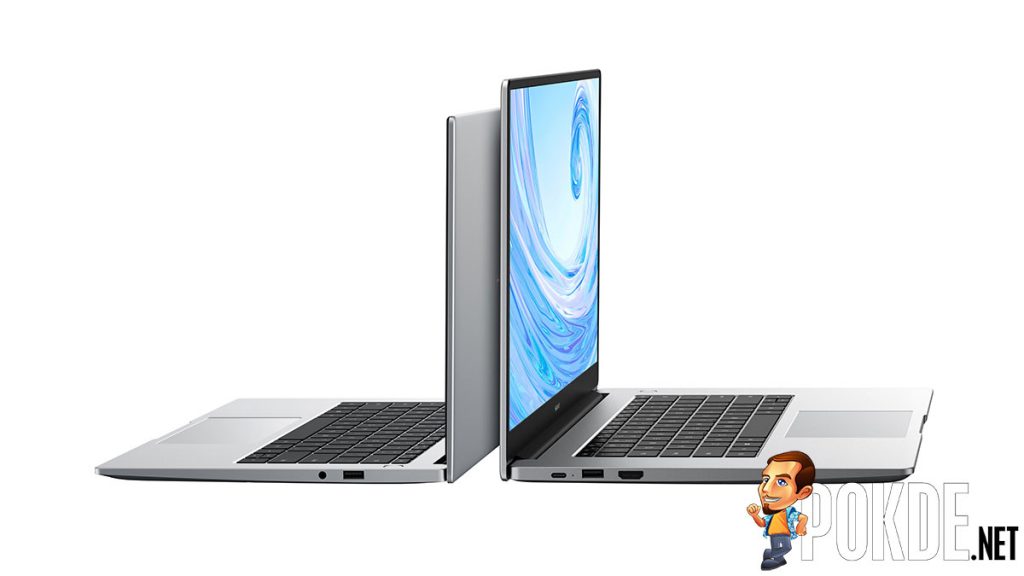 Meanwhile for those who want an even more affordable option, you can check out the HUAWEI MateBook D 14 and MateBook D 15 laptops. Both of them are powered by the 2nd Gen AMD Ryzen Mobile Processors and feature equally attractive price tags. I mean, both of them are literally priced the same at RM2899.

All of the new HUAWEI MateBook laptops will be available starting 16th May, so don’t forget to check out HUAWEI’s official online store to get your hands on one of them!

Pokdepinion: I honestly wonder why aren’t the AMD variants offering the latest AMD Ryzen 4000 processors instead…

Redmi K30 5G Racing Edition with Snapdragon 768G available for pre-order at ~...
Next