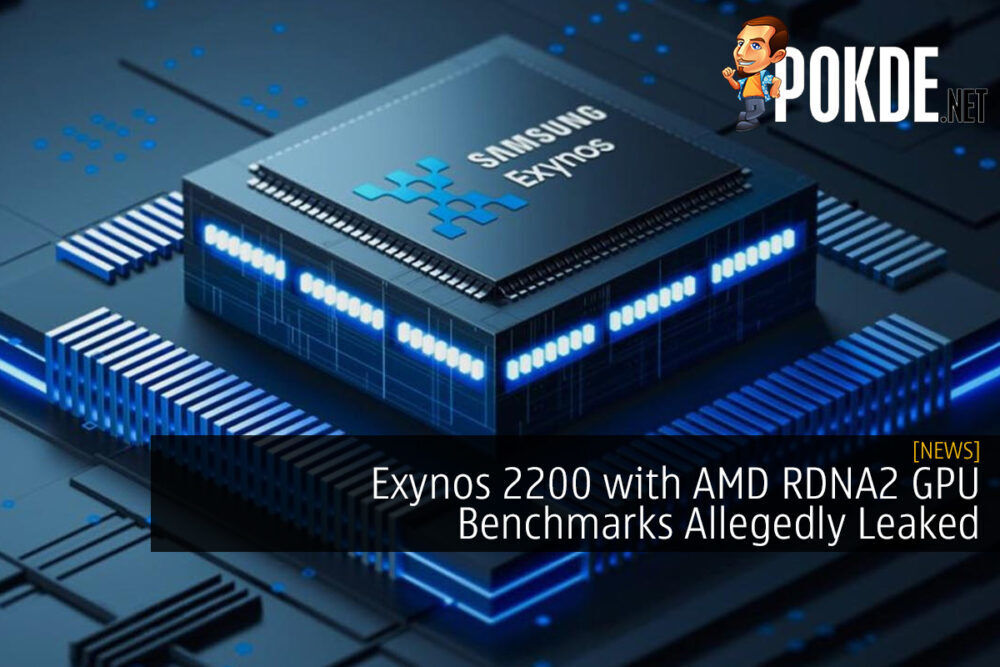 Next year is going to be yet another big year for smartphones. In the case of Samsung, they are preparing the Exynos 2200 with AMD RDNA2 GPU which is expected to power their flagship smartphones. Now, we have alleged benchmarks for the upcoming SoC. 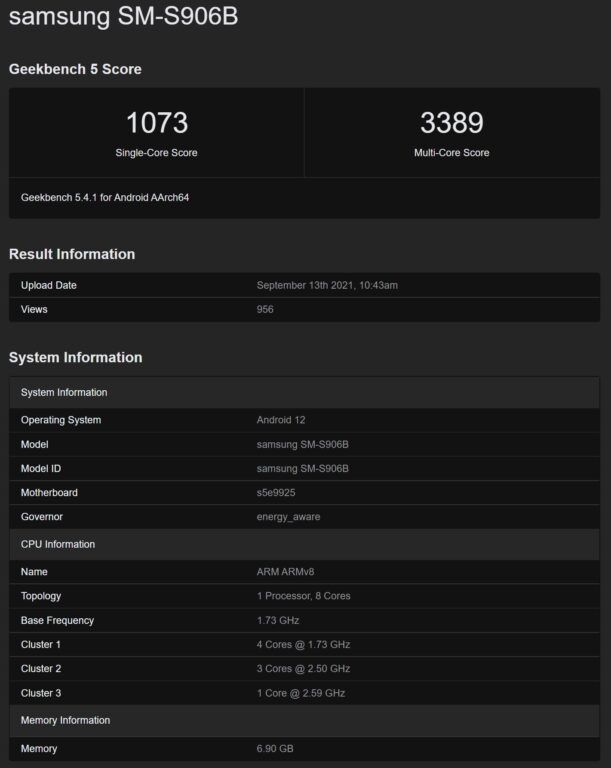 Alleged benchmarks of the Exynos 2200 with AMD RDNA2 GPU has surfaced online. The benchmark app used for this is Geekbench, under the model ID Samsung SM-S906B which has 8 CPU cores running a 4+3+1 configuration. Four of those cores are were shown to be running at 1.73GHz, while three were at 2.5GHz, and the last one at 2.59GHz.

The alleged benchmark scores for it show a single core score of 1,073 while the multi-core socre is 3,389. Unfortunately, no details on the AMD RDNA2 GPU were shown in the result.

For those of you who aren’t aware, the Exynos 2200 SoC will be one of the first mobile chipsets to come with graphics cores powered by AMD RDNA2 GPU technology. Previous reports show a 6-core configuration, but we didn’t get any indication of its power aside from Ice Universe’s claim of it scoring 8,134 points in 3DMark’s Wild Life benchmark.

From what we know thus far, the Exynos 2200 with AMD RDNA2 GPU is expected to be available sometime in early 2022 with its Galaxy devices. This highly likely points towards the launch of the Samsung Galaxy S22, as the new Galaxy S series usually launches around that time. Do take the information with a grain of salt for now. We will report more on this as information becomes available.

Pokdepinion: I’m looking forward to seeing how powerful this can be. The Exynos 2100 already proved itself to be a reliable SoC, which sets a high bar for its successor next year.

Aiman Maulana
Jack of all trades, master of none, but oftentimes better than a master of one. YouTuber, video editor, tech head, and a wizard of gaming. What's up? :)
Pokde Recommends
AMDAMD RDNA2benchmarkchipsetExynosExynos 2200flagshipGPUGadgetNewsSmartphone
MORE
Read More
1001

Game Director Claims Marvel’s Wolverine Will Be For Adults
Next