HONOR X30i Specifications Gets Leaked Ahead Of Launch 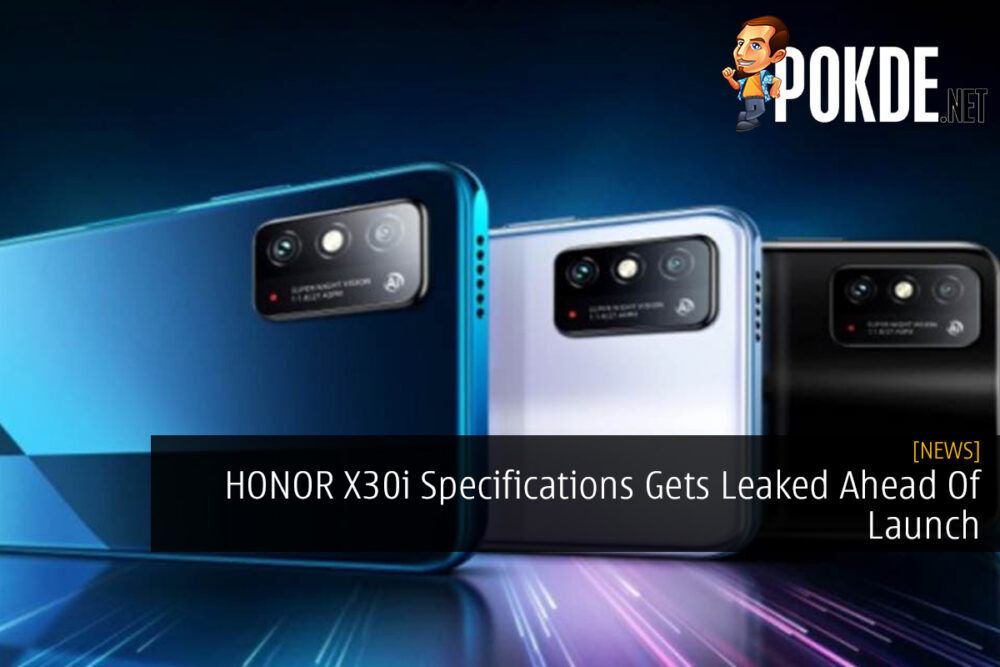 HONOR is soon launching their HONOR Play5 Vitality Edition smartphone soon in China but word is that they will also be announcing the HONOR X30i and HONOR X30 Max at the same event, both of which had their specifications leaked.

The leak was revealed by tipster Teme over at Twitter where he has mentioned that the upcoming HONOR X30i will be sporting a 6.7-inch LCD panel that comes with a 90Hz refresh rate and 180Hz touch sampling rate display. 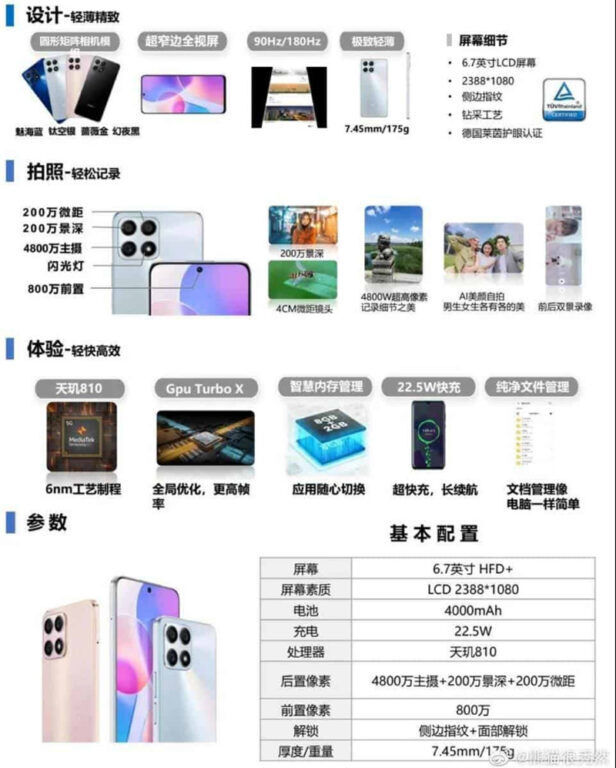 For cameras, it offers a triple camera setup that consists of a 48MP main camera, 2MP cameras as well as an LED flash. Powering the device up is supposedly a MediaTek Dimensity 810 chipset and a 4000mAh battery which users can charge with its 22.5W fast charger.

On the other hand, the HONOR X30 Max is said to join the launch as well where it is touted to have a big 7.09-inch LCD FHD+ display. It is supposed to come with a 8MP camera at the front and 64MP main camera plus a 2MP sensor at the back.

We could see it utilizing a Dimensity 900 chipset instead and it could come with a 5000mAh battery as well as 22.5W fast charger. Other than that, it offers dual speakers and NFC support.

Pokdepinion: Seems like both of them are mid-range offerings. It’s been quite awhile since I’ve used a big display as big as 7-inch. Probably there’s people who enjoy that big of a size. It’s just unfortunate that it’s using an LCD panel (if the leak is turns out true, of course). 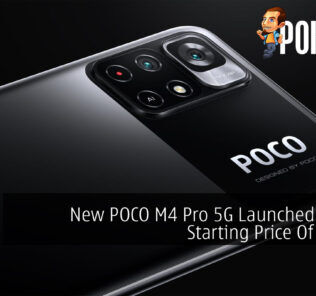