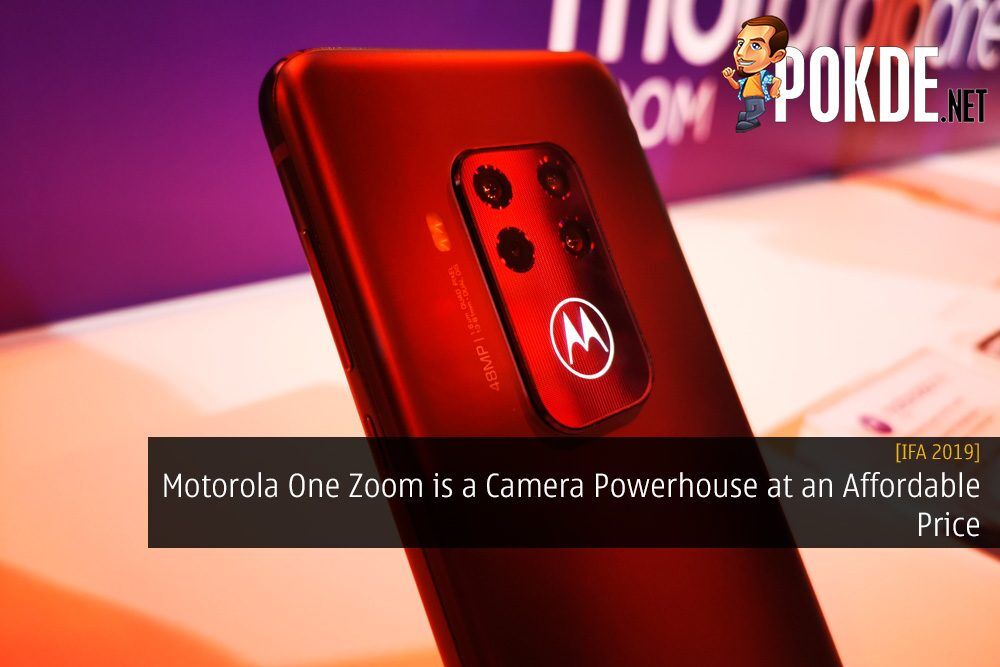 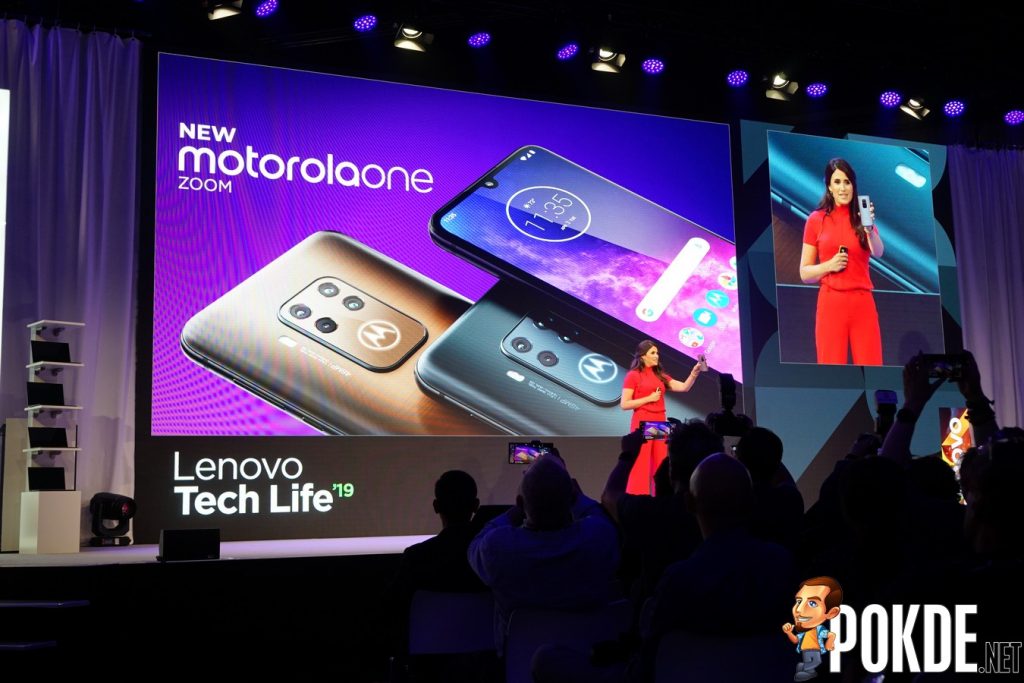 If you’re more interested in the smartphone side of things, then this might just be something that will pique your interest. At Lenovo Tech Life @ IFA 2019 in Berlin, the Motorola One Zoom was officially revealed. There are a number of interesting things about the device, particularly the camera, so let’s take a look at it one by one. 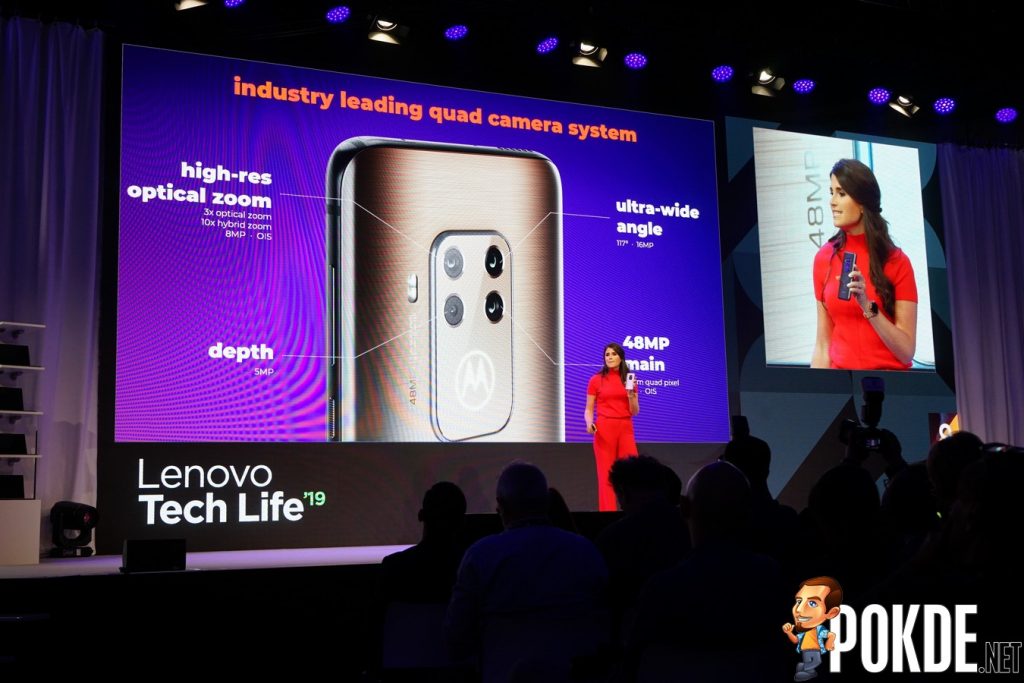 For starters, the Motorola One Zoom has a quad-camera setup. It consists of a main camera with a 48 megapixel sensor that’s capable of shooting quad-pixel 12-megapixel, 8 megapixel telephoto camera, 16 megapixel 117° ultra-wide camera, and a 5 megapixel depth-sensor camera.

Apart from that, it has a large 4,000 mAh battery capacity along with a TurboPower feature which is said to deliver hours of power in just minutes of charging. It is said that battery life will be up to two days on a single charge, though this will differ from user to user. 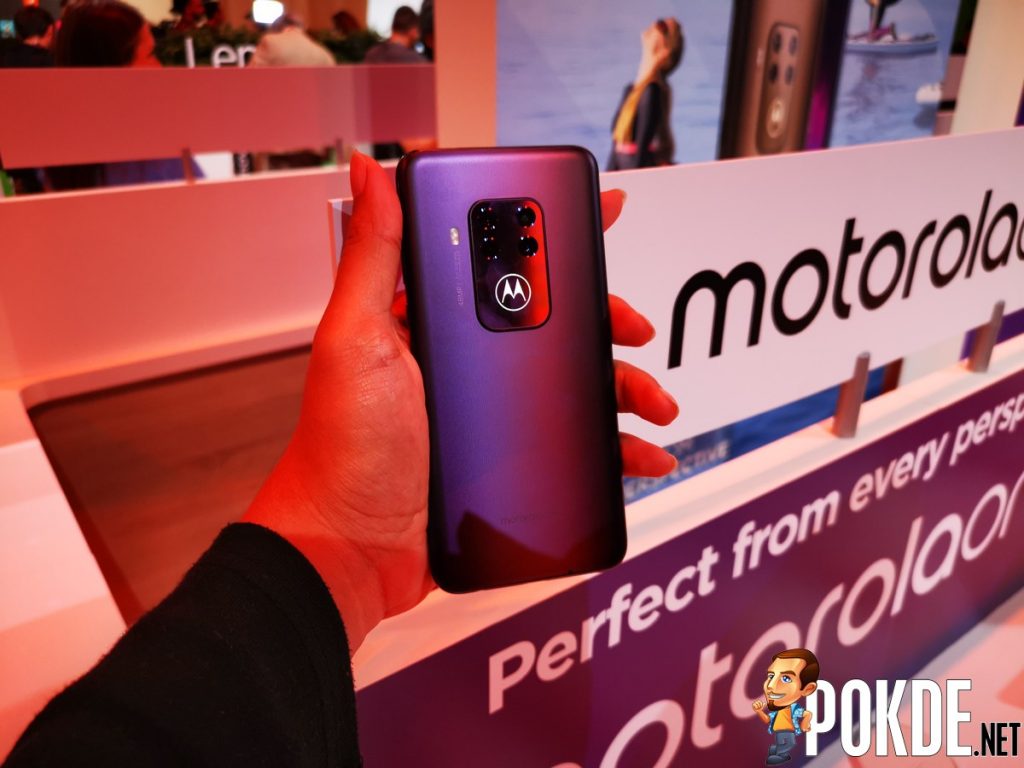 The Motorola One Zoom has a Full HD 6.4-inch Max Vision OLED display for the best viewing experience possible. It will be powered by the Qualcomm Snapdragon 675 SoC, giving it more of a midrange performance with great energy efficiency. For security, it has an under-display fingerprint scanner. For a detailed look of the specifications, check it out right below here: 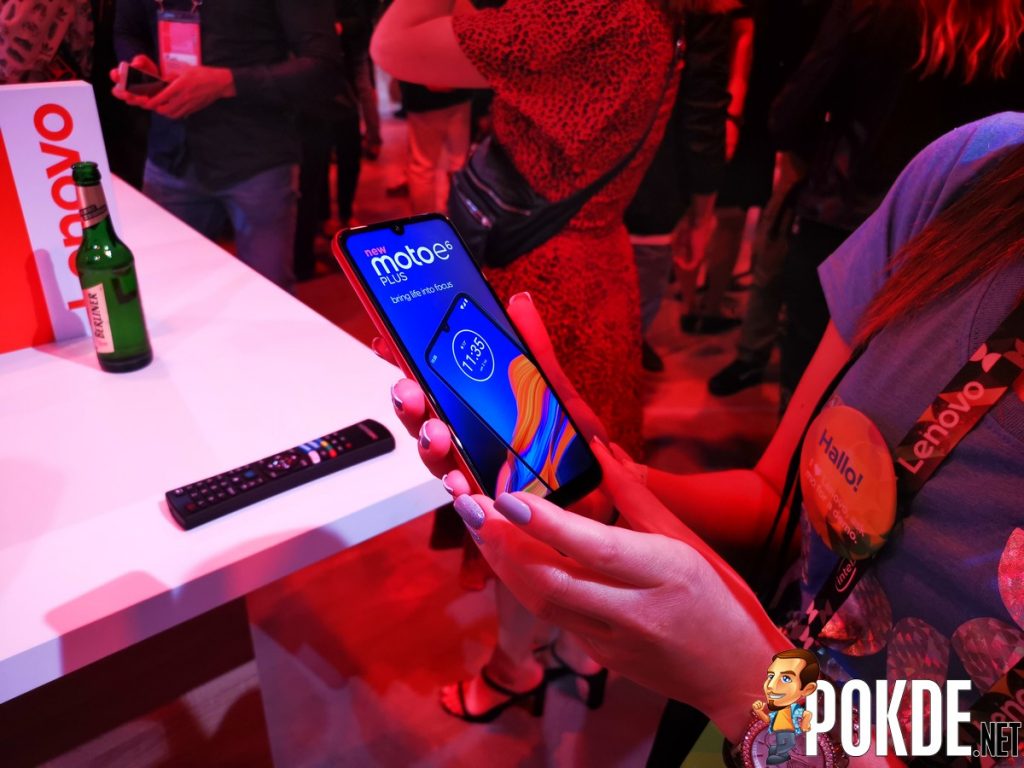 There is also the affordable Moto E6 Plus, which has an emphasis on its display and camera. It features a dual-camera system with a 13 megapixel main camera and a 2 megapixel depth sensor camera for portrait shots. It also utilizes a 6.1-inch Max Vision HD+ display. 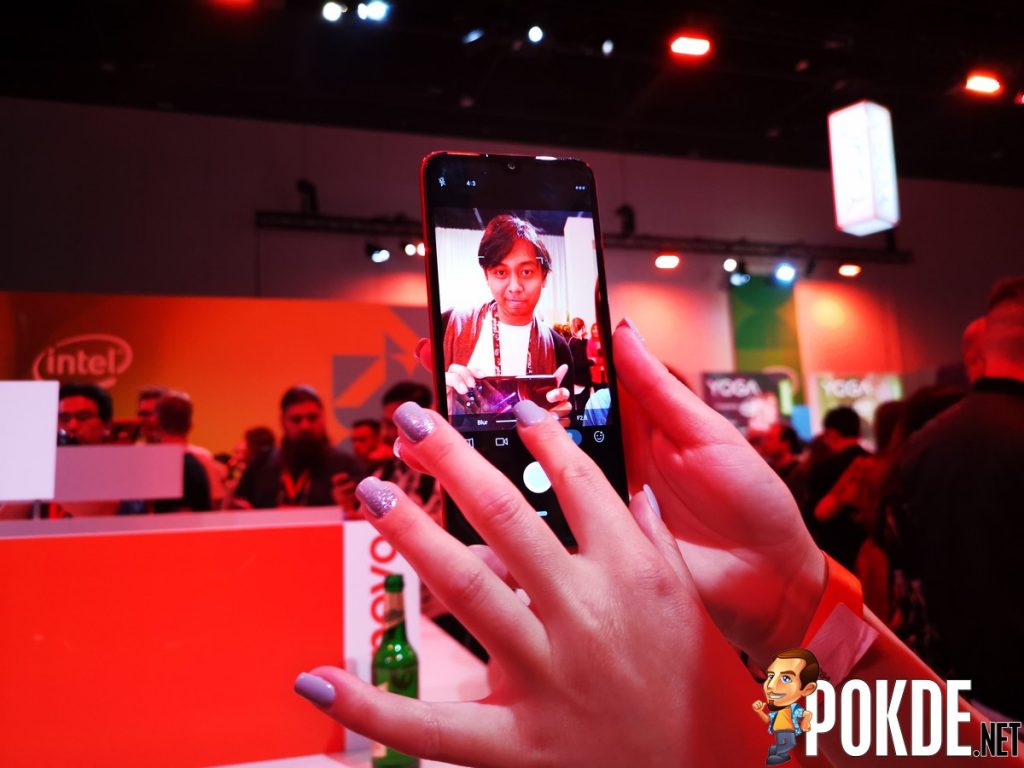 Both the Motorola One Zoom and Moto E6 Plus will be coming this 5th September 2019. It will be made available in selected European countries and the United States. The former will be priced at €429 while the latter will be significantly more affordable at €139. As for its release and pricing in Malaysia / Asia Pacific Region, that will be announced at a later date.

Pokdepinion: I already have my eyes set on the Motorola One Zoom. The camera looks like it would be pretty fun to play with.

Aiman Maulana
Jack of all trades, master of none, but oftentimes better than a master of one. YouTuber, video editor, tech head, and a wizard of gaming. What's up? :)
Pokde Recommends
AndroidBerlingadgetGermanyIFAIFA 2019innovationIntelGadgetNewsSmartphone
MORE
Read More
1023