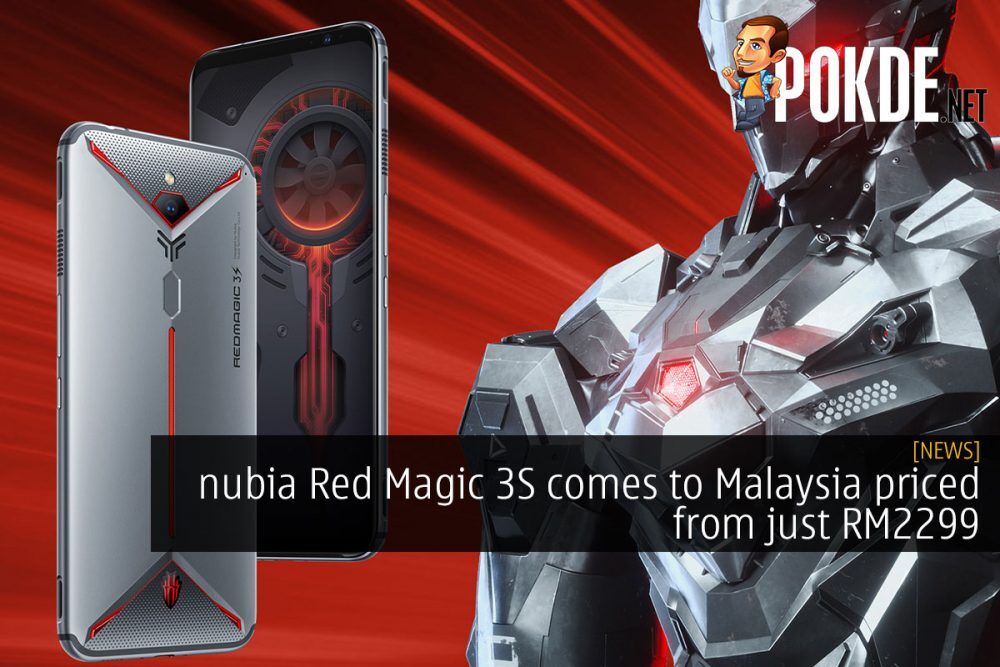 Fancy a gaming phone but can’t pony up the RM3499 for a ROG Phone II, or RM2499 for the Black Shark 2 Pro? Well, nubia gotchu. The nubia Red Magic 3S is going to be offered officially here in Malaysia really soon.

By really soon, I mean in early November. At least, that’s according to DirectD’s pre-order. And it will be the most affordable gaming phone in the market thus far, with prices starting from RM2299.

The Red Magic 3S is a relatively more serious gaming phone as compared to the ROG Phone II and Black Shark 2 Pro, forgoing secondary cameras in favor of the impressive built-in cooling fan.

There’s also a 90 Hz 6.65″ FHD+ AMOLED display up front flanked by stereo speakers, perfect for gaming, along with two shoulder triggers ala ROG Phone. There’s also a large 5000 mAh battery to keep you gaming for a loooong time. And there’s also a 3.5mm headphone jack.

The nubia Red Magic 3S does serve as a more affordable gaming phone, with some interesting hardware. Would you pick one up though?

Pokdepinion: The software might be the only worry with the nubia Red Magic 3S…

Xiaomi Mi Mix Fold has a PC Mode so good that it trounces all other foldables out there!
Read More
2356