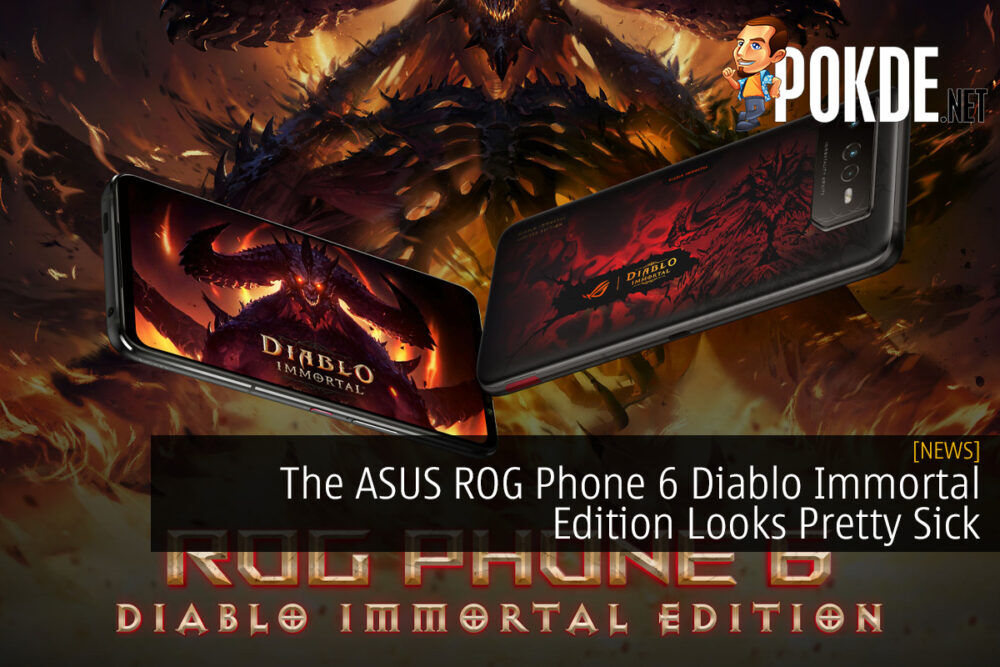 Following the launch of the 6D and Batman Edition, ASUS has officially announced the arrival of the ROG Phone 6 Diablo Immortal Edition, and it looks pretty sick.

It will not be following the specification of the 6D, meaning that this will be powered by the Qualcomm Snapdragon 8+ Gen 1 SoC. Apart from that, it comes with 16GB LPDDR5 RAM, 512GB UFS 3.1 storage, stereo speakers, and the signature AirTrigger 6. The missing element here will be the tiny display on the rear. 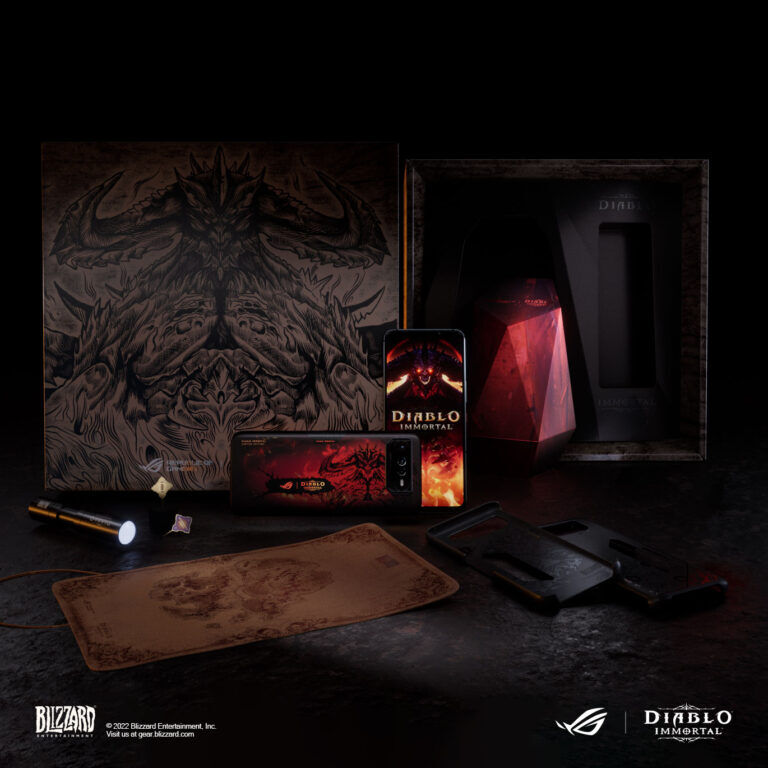 Clad in Hellfire Red, the ROG Phone 6 Diablo Immortal Edition has a semi-matte finish on the rear which gives a special flame effect when viewed at different angles. You also get the Diablo Immortal logo that glows in glorious RGB lighting next to the demon itself. Then, we have the Immortality Ejector Pin, a Fahir’s Light UV torch, and a Diablo-themed protective case. These are packaged together inside a Worldstone box clad in blood red.

Everything else is the same, even the content inside the box such as the 65W charger. No AeroActive Cooler 6 will be included so if you want that, you will have to pay extra for it. As for the retail price, it will be set at USD $1,299 and is available now on the official ASUS online store. No word yet on pricing and availability in Malaysia so stay tuned for further updates.

Pokdepinion: It looks nice but you can get the highest end ROG Phone 6 for cheaper. I guess you’re gonna have to really like the game if you want to get this one.

Aiman Maulana
Jack of all trades, master of none, but oftentimes better than a master of one. YouTuber, video editor, tech head, and a wizard of gaming. What's up? :)
Pokde Recommends
AndroidASUS ROGDiabloDiablo ImmortalGaminggaming phoneIPX4limited editionGadgetNewsSmartphone
MORE
Read More
338