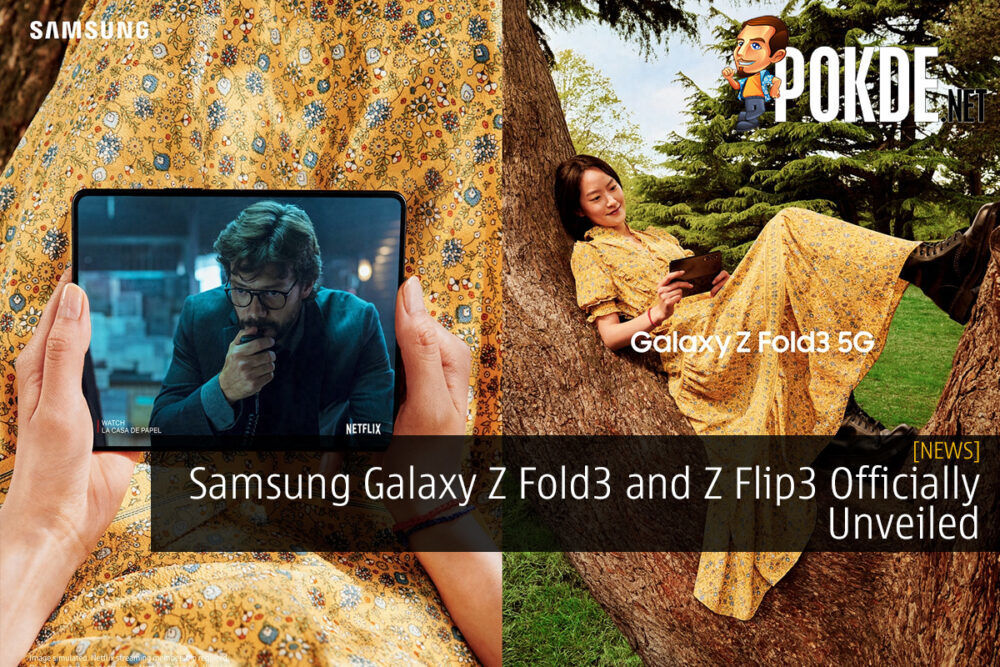 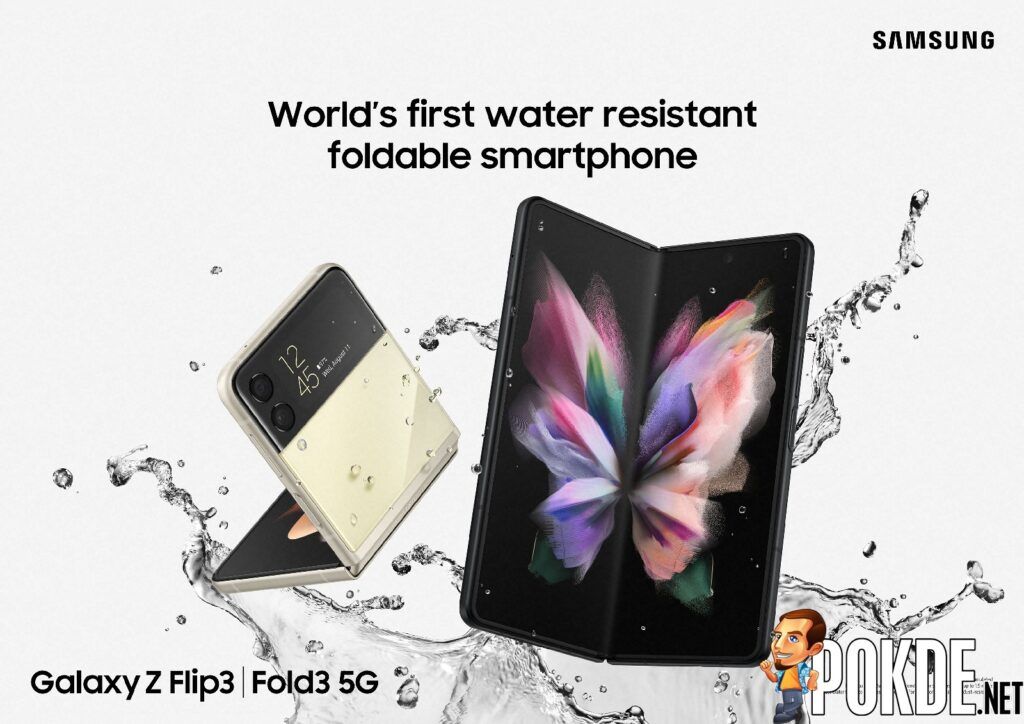 At Galaxy Unpacked on 11th August 2021, Samsung has officially unveiled their latest foldable smartphones, the Samsung Galaxy Z Fold3 and Galaxy Z Flip3. Here’s everything you need to know.

If you want to learn more about the Galaxy Watch4 and Galaxy Buds2, click right here. 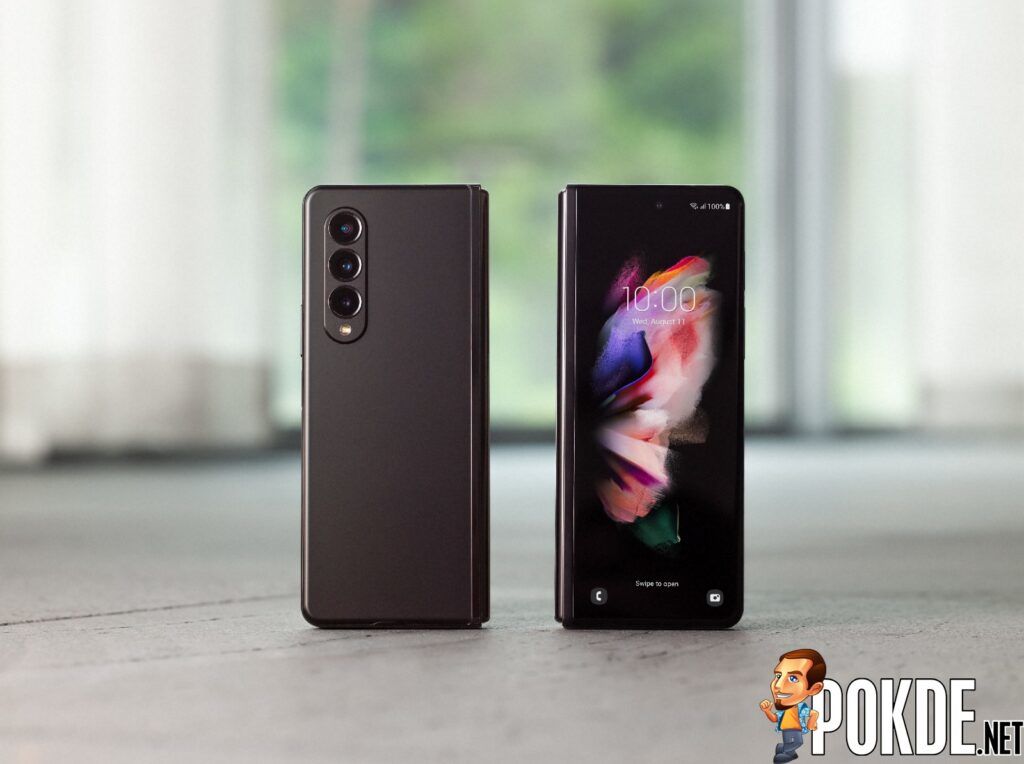 The Samsung Galaxy Z Fold3 builds on the success of its predecessor and adds more important features so users can jump into foldables without sacrificing anything major. For starters, the durability has been improved as it now has IPX8 water resistance, Armor Aluminum body, Gorilla Glass Victus, new protective film, and redesigned layer structure to improve the main display by 80%.

With the enhanced durability, Samsung can finally bring S Pen support, making it the first foldable to have the feature. There will be two different types that people can use, and those are: 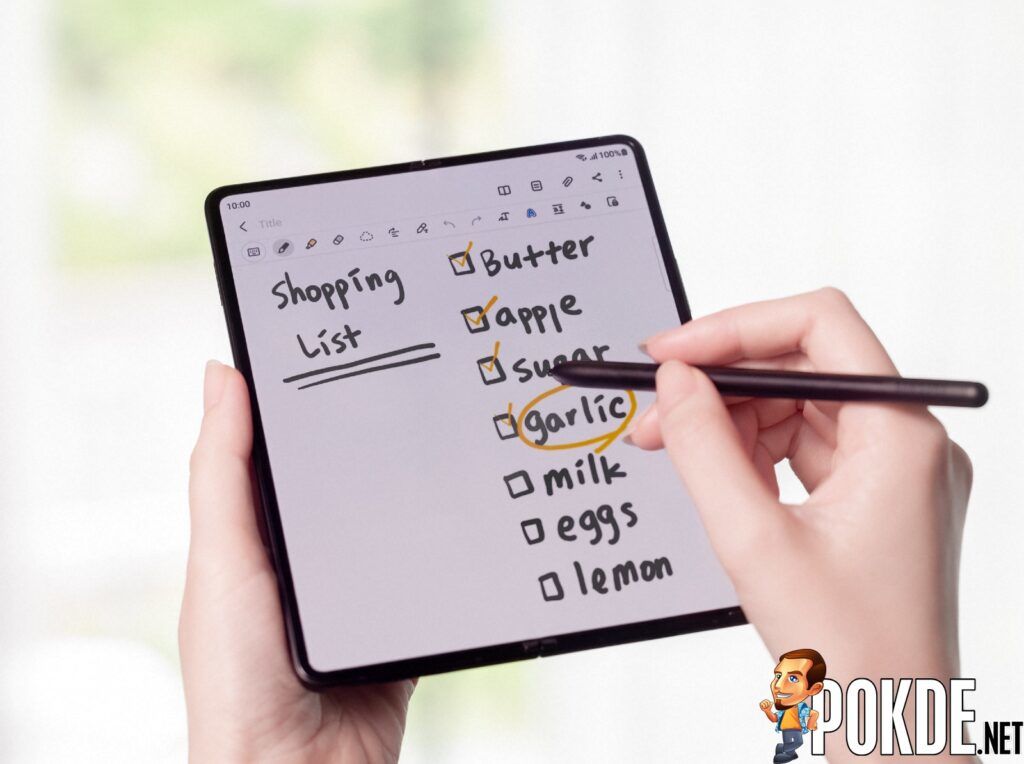 Apart from that, the dimensions have shrank a bit from its predecessor, although the display size for both the primary and cover display remain the same size. The cover display has seen a notable upgrade as it moves to Dynamic AMOLED 2X for improved colors and contrast. Together with a weight reduction of 11g, it makes the foldable easier to wield while also looking better.

Moving on to the camera setup, it will have a triple-rear camera setup consisting of a wide-angle, ultra-wide, and 2x telephoto camera, each with a 12MP sensor. For the front camera, you have the usual 10MP selfie shooter on the cover display, and a 4MP under-display camera for the main display for an uninterrupted viewing experience.

In order to ensure users do not miss out on a proper smartphone experience with the large display, they have optimized the user experience for the large screen, provide more intuitive interactions, and optimized apps at device level. They have worked with numerous app developers to provide a more suitable user interface, and will continue to expand on that as time goes by. 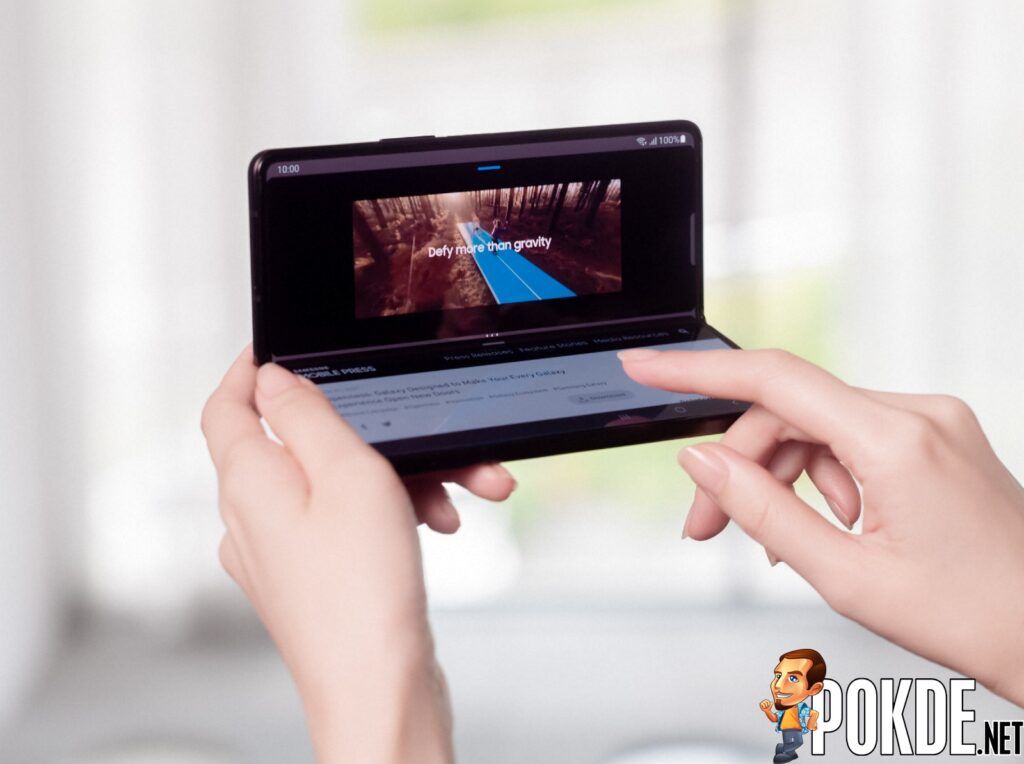 The Samsung Galaxy Z Fold3 will have a retail price of USD $1,799. Given the price, it’s not a surprise that it will be fitted with a flagship-level SoC, which is the Snapdragon 888 in this case. Prices for other regions are unknown at this point in time but we will update it as soon as information becomes available so stay tuned. 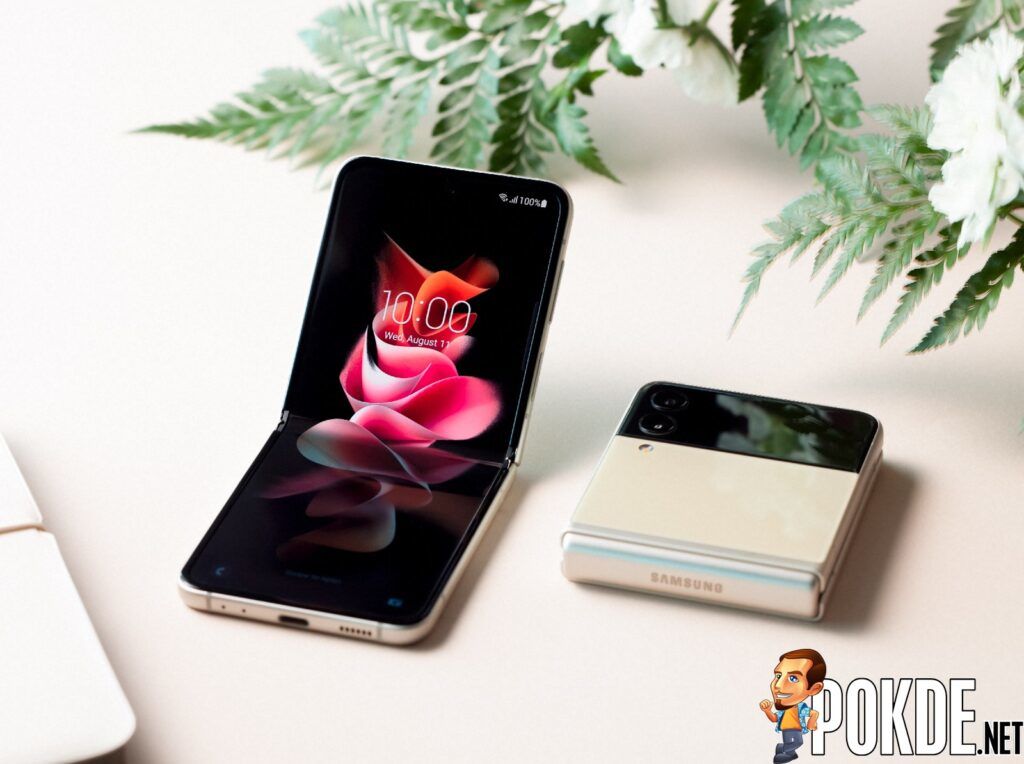 For those that prefer a more compact device, the Samsung Galaxy Z Flip3 would be the ideal choice, especially since it has also slimmed down from its predecessor. You can enjoy the traditional smartphone experience but keep it nice and compact when folded. That doesn’t mean there is no use for it when it’s folded however as the most notable change here is the new cover display.

The cover display has grown significant from its predecessor, now being a 1.9-inch Super AMOLED display that can be used to turn on Samsung Pay, make use of widgets, view your notifications, have an easier time framing your selfies, and more. Unfold it and you will get a 6.7-inch Full HD+ Dynamic AMOLED 2X display with 120Hz refresh rate. 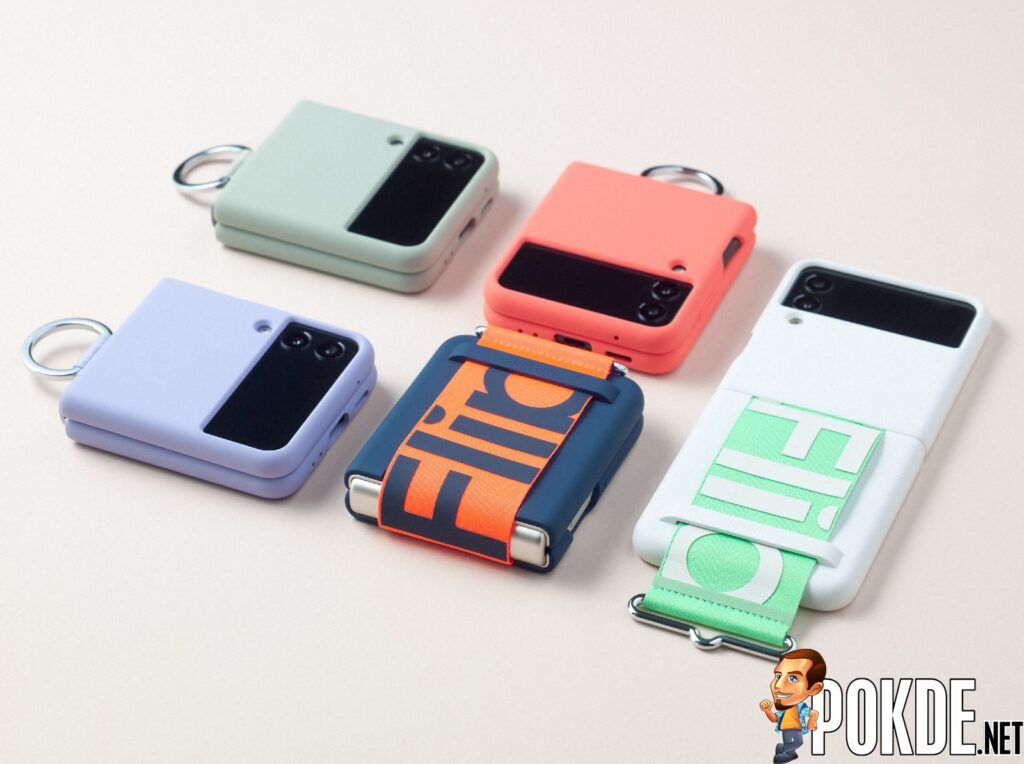 Moving on to the cameras, you have a dual-camera setup for the rear consisting of a 12MP wide angle and a 12MP ultra-wide angle cameras. If you’d rather take a traditional selfie or need to use the device for video calls, you have a 10MP wide-angle camera on the front.

As a standard, the Samsung Galaxy Z Flip3 will have four color choices; Phantom Black, Cream, Green, and Lavender. However, there are three extra options that are exclusively available on the official website, which are White, Pink, and Gray. There will also be a variety of accessories for the device available at launch, including cases with built-in rings to make it easier to hold. 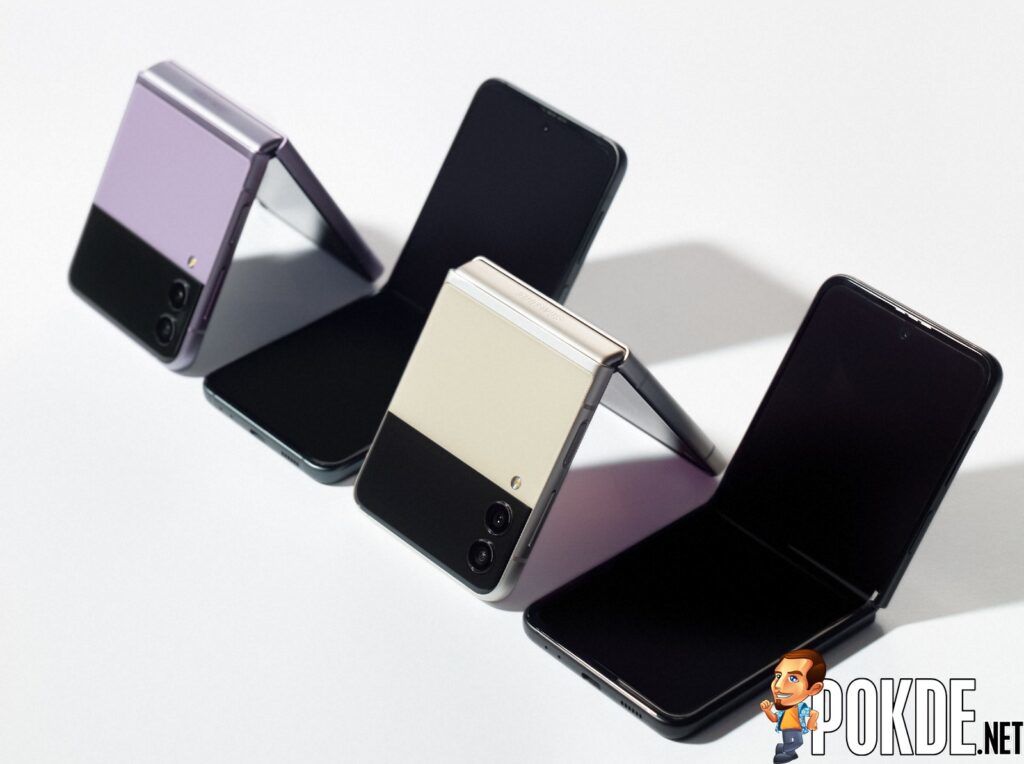 The Samsung Galaxy Z Flip3 will have a retail price of USD $999. Like its foldable sibling, it will also be powered by the Snapdragon 888 SoC. Prices for other regions are unknown at this point in time but we will update it as soon as information becomes available so stay tuned.

Pokdepinion: I’m personally looking forward to the Samsung Galaxy Z Fold3, particularly on S Pen usage. This could very well change the game for stylus use in smartphones moving forward, ideally with the Pro version as you would have the full functionality.

Aiman Maulana
Jack of all trades, master of none, but oftentimes better than a master of one. YouTuber, video editor, tech head, and a wizard of gaming. What's up? :)
Pokde Recommends
FlipfoldFoldablegadgetGalaxy UnpackedGalaxy ZGalaxy Z Flip3Galaxy Z Fold3GadgetNewsSmartphone
MORE
Read More
671 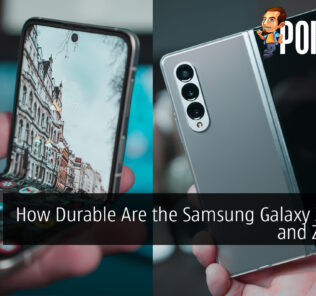 How Durable Are the Samsung Galaxy Z Fold3 and Z Flip3?
Read More
1660 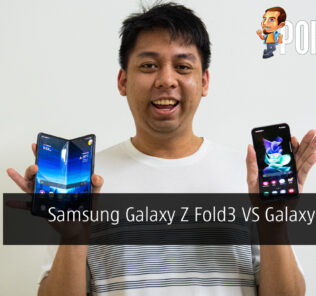 Samsung Galaxy Z Fold3 VS Galaxy Z Flip3 – Which Is The Right Foldable For You?
Read More
3276 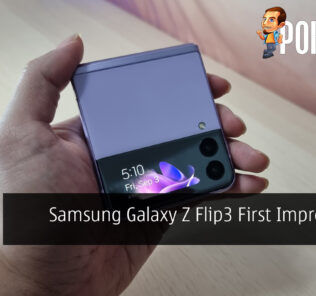 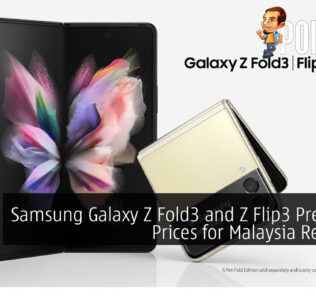