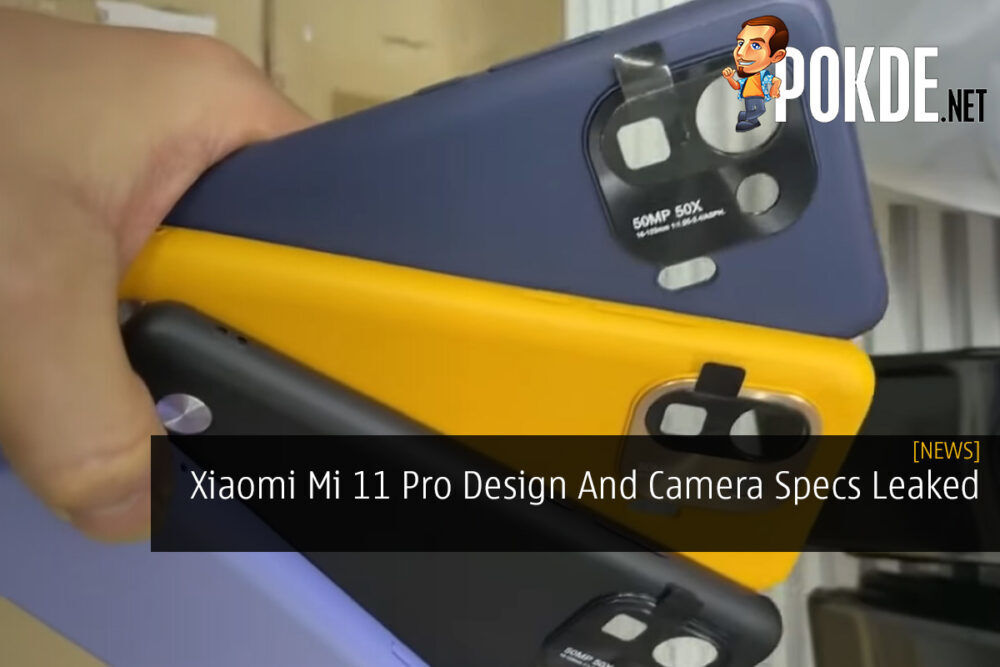 While the Xiaomi Mi 11 was launched just recently, there has been talks of the company releasing a Pro variant of the device. Thanks to a new leak, we may have found some of the features that it offers.

The leak was revealed at Weibo, where the source shows off a large camera housing that three different cut outs. According to it, the housing of the phone mentions 16-125mm focal length and up to 50x zoom where it could be fitted in with a 50MP Samsung ISOCELL GN2 sensor.

As you can see from the video, the device will come in several color variants, which seems like a similar case as the original Mi 11.

Previously we’ve reported on the Xiaomi Mi 11 Ultra as well where it comes with a secondary screen and 120X zoom ability. Read more on that right here.

Pokdepinion: I wonder if we’ll learn more of the device soon and whether Xiaomi will indeed release both Xiaomi Mi 11 Pro and Mi 11 Ultra. Let’s hope that’s the case.

Raja Idris
The name's King, Kingky King. Likes to keep it simple and straightforward. A person who games regardless of what platform. Need value for money performance? Get AMD.
Pokde Recommends
50MPCameradigital zoomflagshipISOCELLleakMalaysiaSmartphoneGadgetNewsSmartphone
MORE
Read More
1053

Samsung Galaxy M62 With 7000mAh Battery Launched In Malaysia
Next