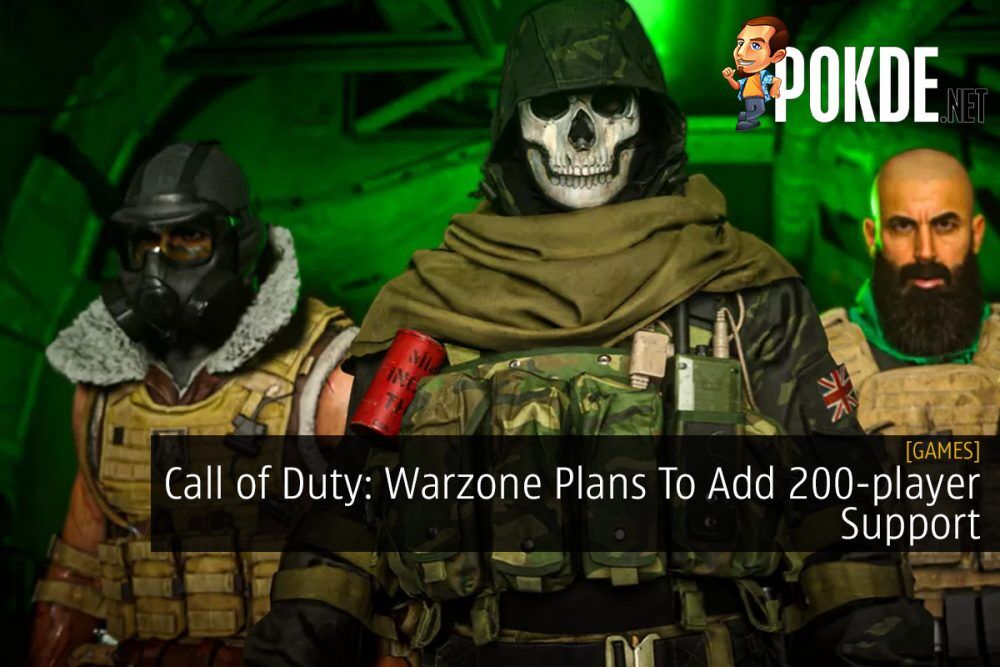 If you think that the 150-player support on Call of Duty: Warzone was already big, well be prepared to see a larger number in the game. The news was revealed in a recent interview with Infinity Ward Studio Head, Patrick Kelly.

Patrick has said that they are already testing the increased number of players behind the scenes. Despite not revealing a specific release date for the feature, we probably will see it sooner rather than later.

We brought a number of twists to battle royale. I do think the world you play in is going to be undeniably unique. For one thing, we are initially going to roll out with 150 players, when you are typically seeing 60 to 100. Actually, I can tell you we are already playing with 200 players. We are going to release that a little bit later.

Haven’t played the game yet? Wondered if it’s worth the big storage that you need to download the game? Do check out on our first thoughts on the game right here.

Pokdepinion: Man, the game’s already hectic as it is… 200-players? Well my chances of winning aren’t that high..

Raja Idris
The name's King, Kingky King. Likes to keep it simple and straightforward. A person who games regardless of what platform. Need value for money performance? Get AMD.
Pokde Recommends
activisionBattle RoyaleCall of DutyCall of Duty: Modern WarfareCall of Duty: Warzonefree gamesfree to playGamesGamingNewsPCMRPS 4XBOX One
MORE
Read More
923