Ambient Mode Feature Is Coming To Android Oreo Devices And Above 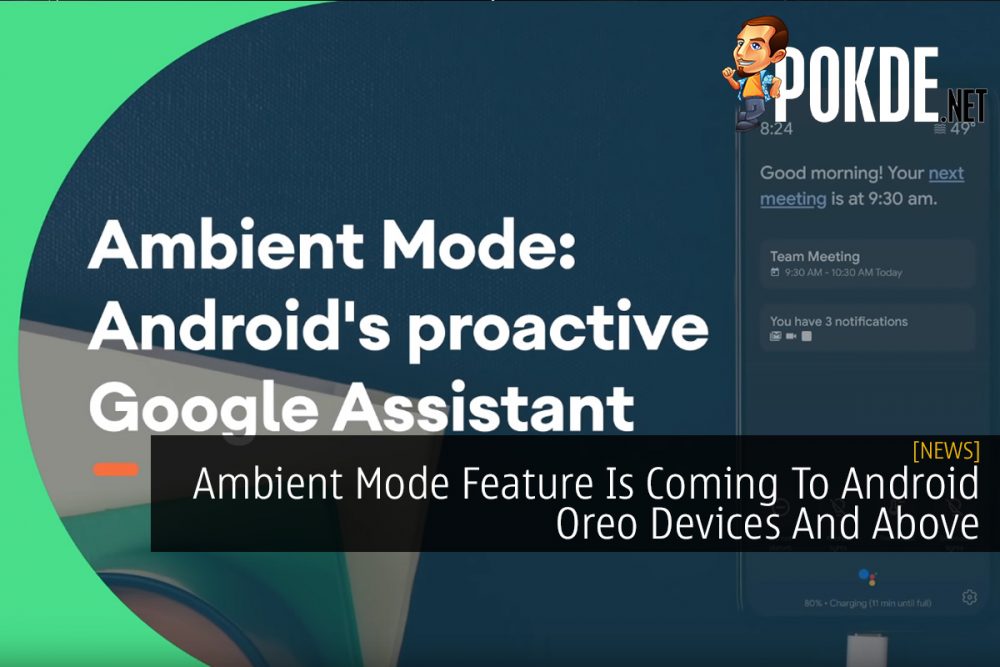 A new feature from Google is coming to Android devices and it’s called Ambient Mode. Called “Android’s proactive Google Assistant”, the feature will be heading Android smartphones that’s running Android Oreo 8.0 and above.

As you can see from the video above, Google’s Product Manager Arvind Chandrababu gave a little bit of insight of what Ambient Mode really is and explains what are some of the things that it can help with.

He has said that the feature’s goal is to help you get things faster, anticipate what you need, as well as finish your tasks as quickly and easily as possible.

Integrated into the Android OS, we most probably will see Ambient Mode to come to multiple devices, from multiple smartphone companies.

Pokdepinion: That’s not too bad. Android Oreo still getting some love by Google.