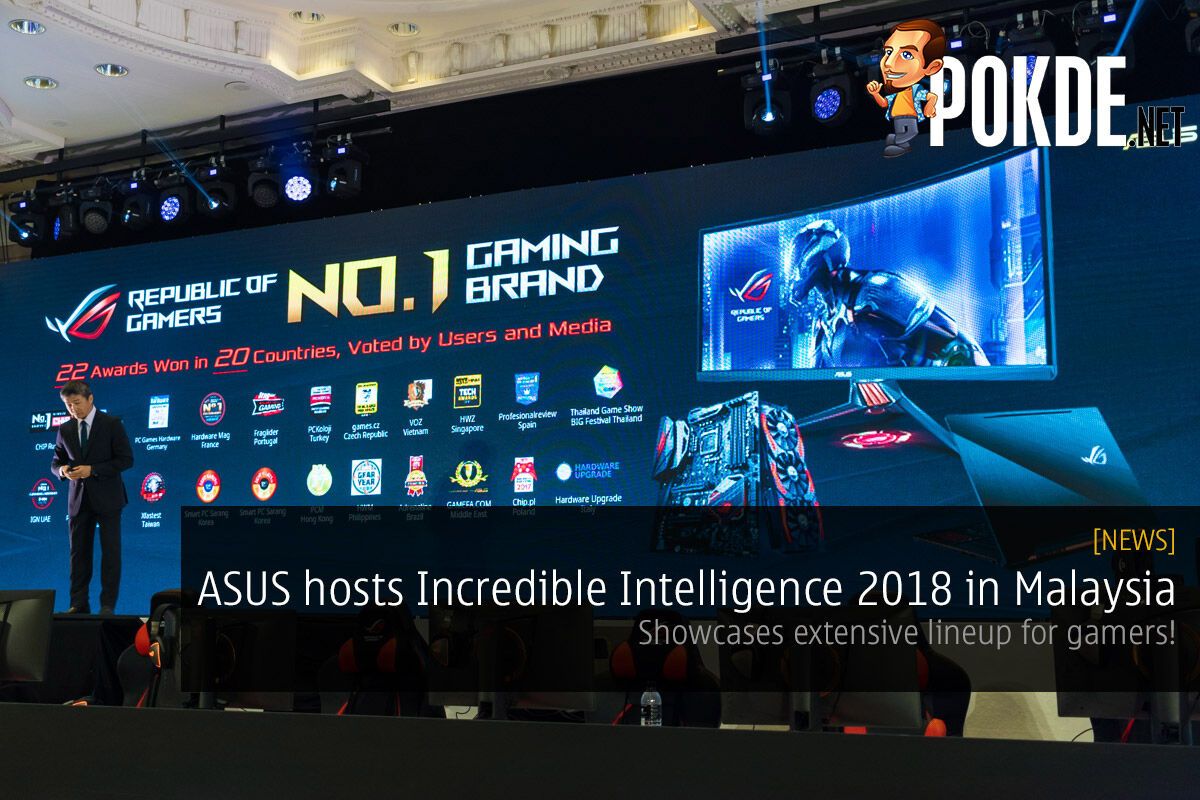 It was truly an honor to be able to attend the ASUS Incredible Intelligence 2018 Asia-Pacific region launch event, held in Malaysia yesterday. At this event attended by media and business partners from the APAC region, ASUS unveiled several new products, as well as officially announcing some of their latest products, while also introducing a few new pieces of hardware. 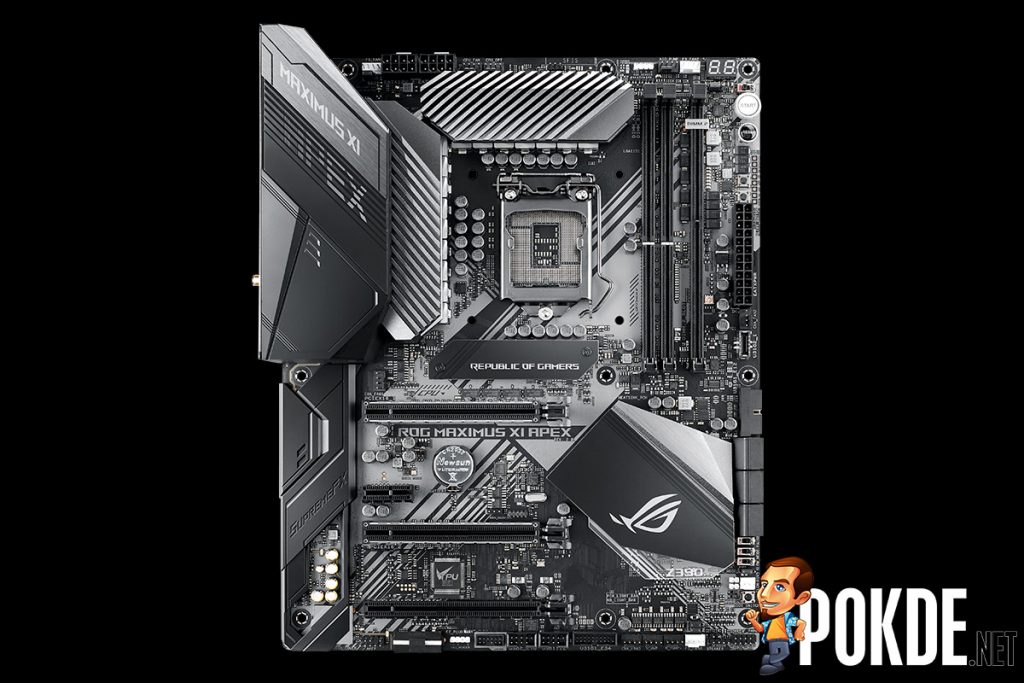 This is probably the most interesting to us, and also probably to you. Today they brought in the latest ROG Maximus XI Apex, the motherboard which is designed for ultimate overclocks from its core. It only offers one DIMM per channel to maximize performance, with support for DDR4 4800+ memory. But you need not worry about having limited RAM, as it supports double-capacity DIMM for up to 32GB per slot. It also comes with an integrated Intel Wireless-AC 9590 (CNVi) so you don’t have to worry about connectivity. 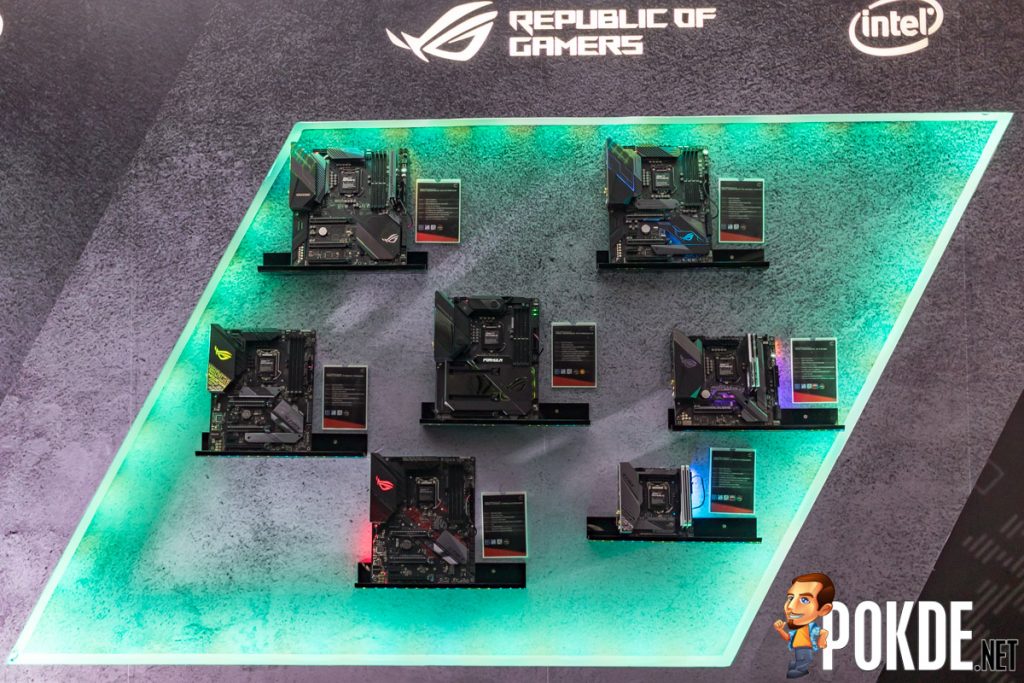 ASUS also showcased the rest of their Maximus XI motherboards. The prettiest of them is of course the Maximus XI Formula, with its strong focus on aesthetics with a mirror-finish on large swathes of the motherboard shield. It isn’t all-show-and-no-go though, as the built-in EK waterblocks for the VRM ensure that the power delivery circuitry remains cool and efficient, to help you achieve your high overclocks. 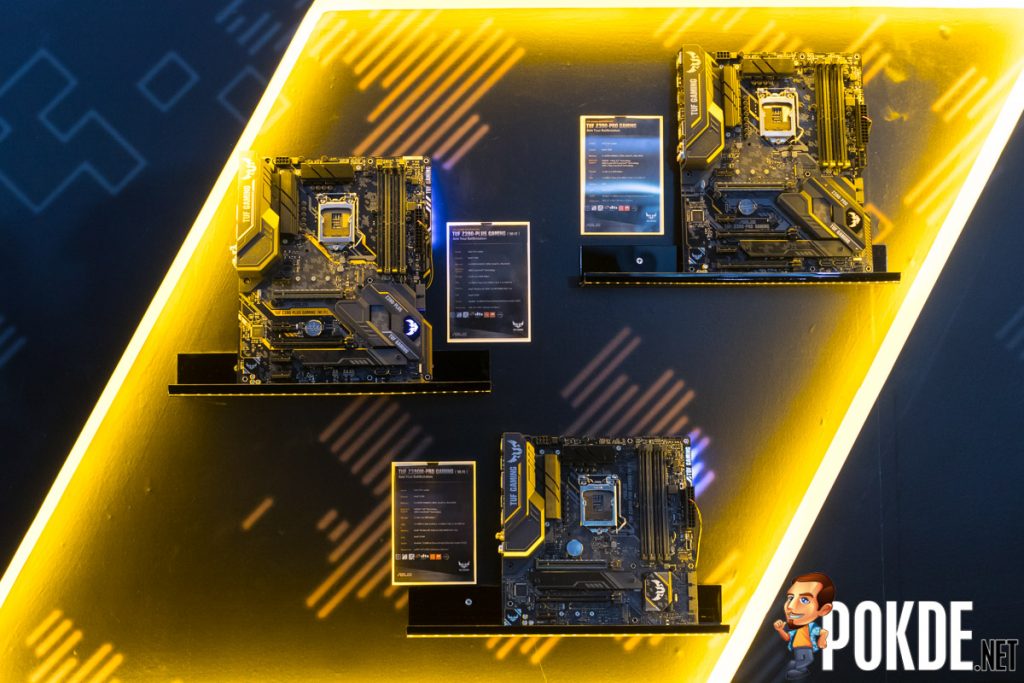 For the more budget minded, there is the TUF Gaming lineup. While TUF Gaming is not to be confused with the original TUF series, the latest TUF Gaming Z390 lineup brings back some of the armored look the TUF series is known for. We somewhat dig the looks a lot. 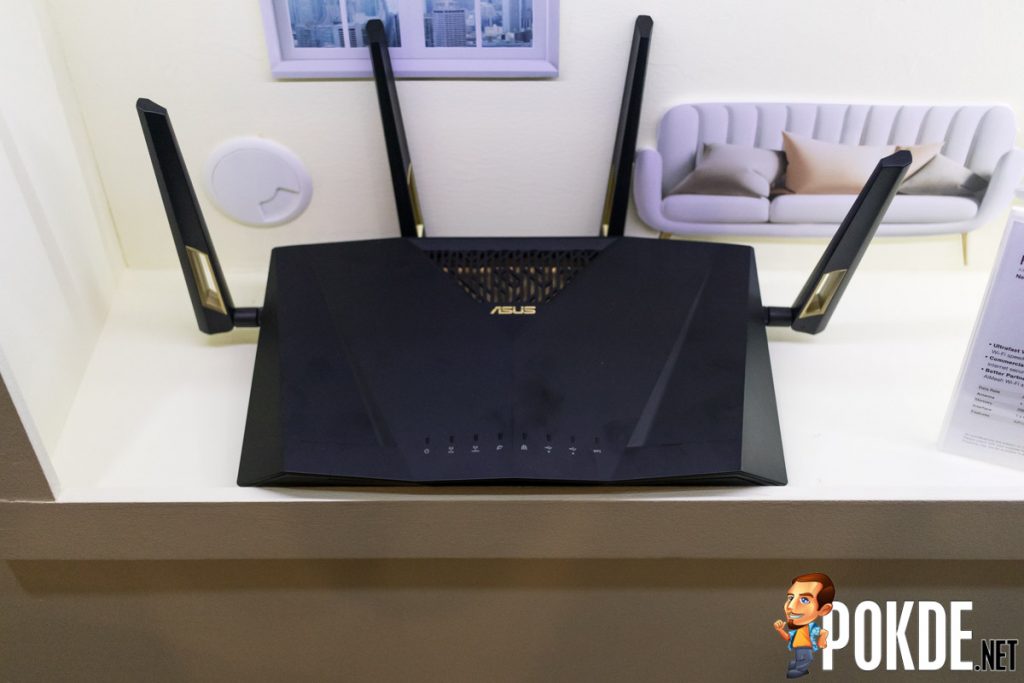 They also showcased their latest 802.11ax (WiFi 6) routers, including the way overkill ROG Rapture AX-11000. For the less demanding, there is the RT AX88U and AiMesh AX6100 WiFi System which are both capable of insanely fast networking speeds. The latter comes in a 2-pack to extend your speedy mesh network over your entire residence. 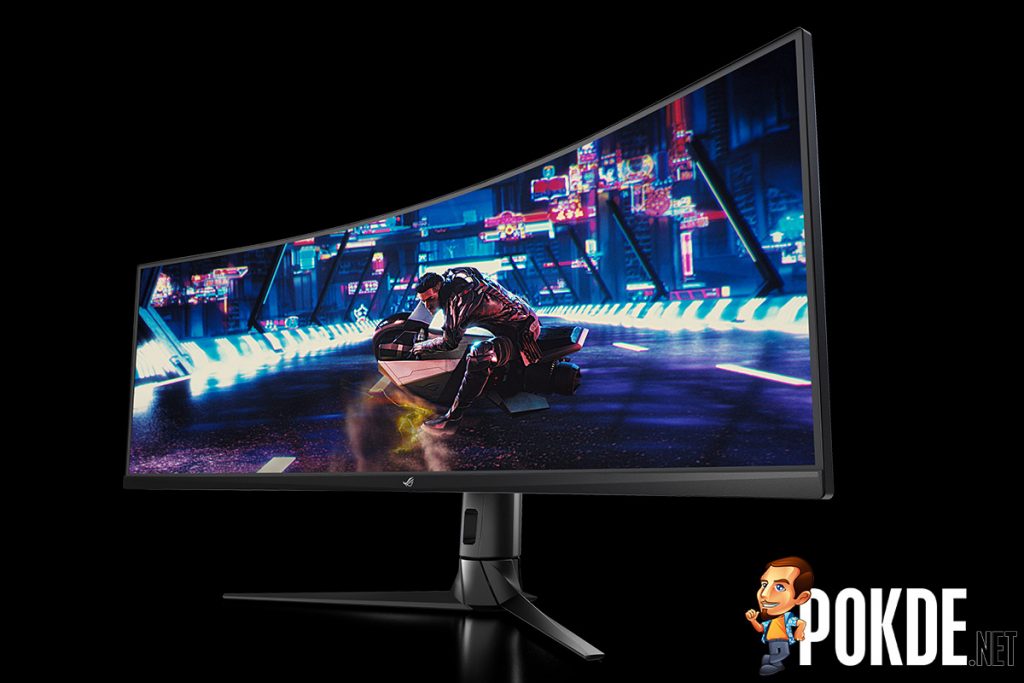 There is also the new ROG Strix XG49VQ which is a 49″ 1080p 1800R curved HDR display with an insanely wide 32:9 aspect ratio. This monitor meets the VESA DisplayHDR400 certification and features Radeon FreeSync 2 HDR technology, for breathtakingly visuals without any tearing or judder. The display can go up to 144 Hz and deliver up to 125% sRGB color gamut coverage. Just a ridiculously good monitor. 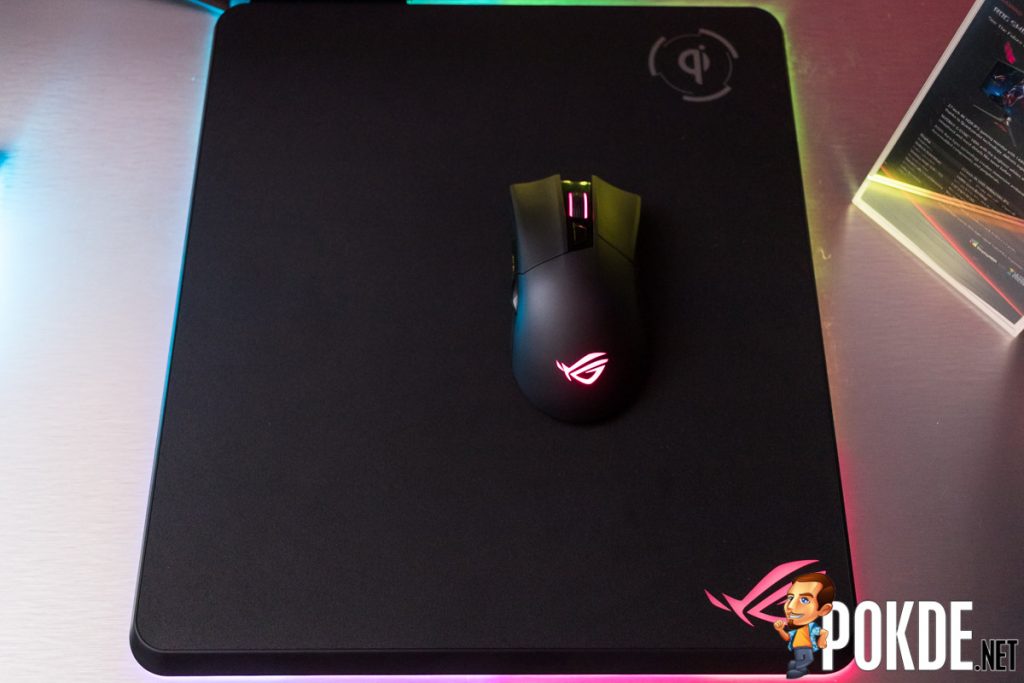 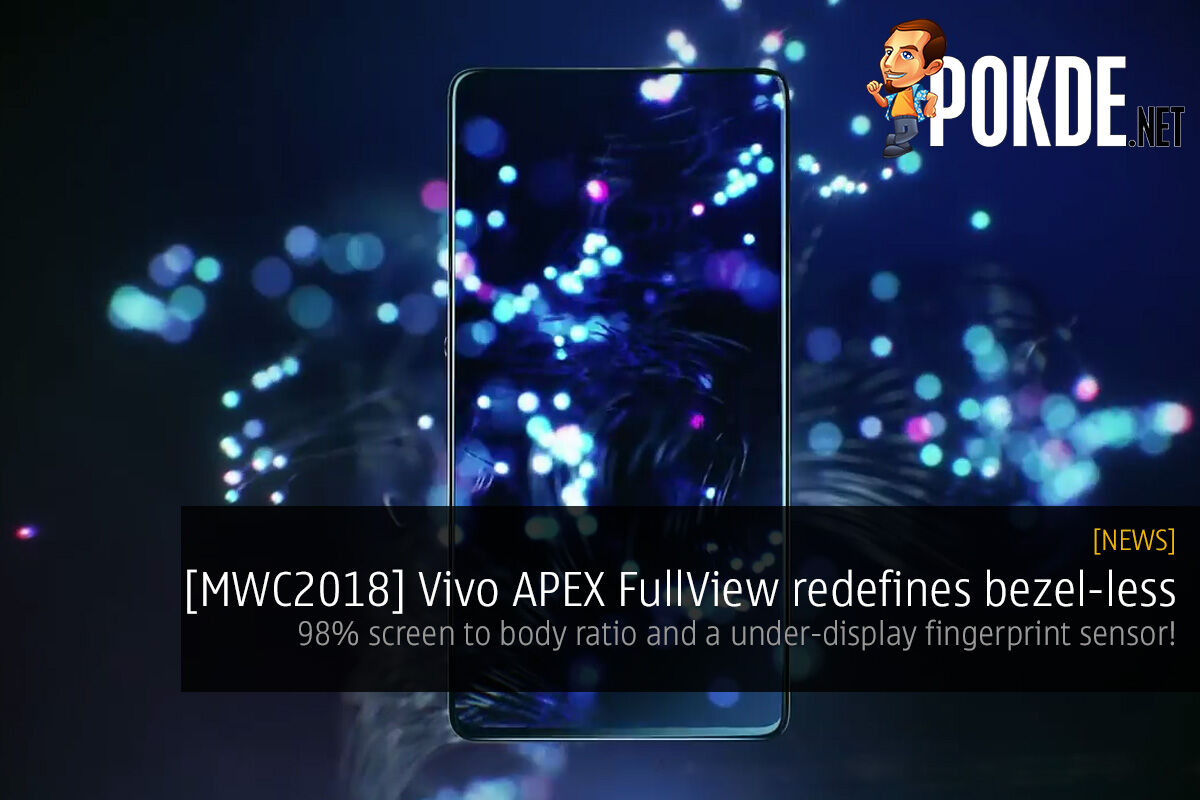 Own The Latest Smartphones With Digi PhoneFreedom 365
Next