ASUS’ next ZenFone Max will definitely interest you — goes big on storage, display and a powerful chipset! 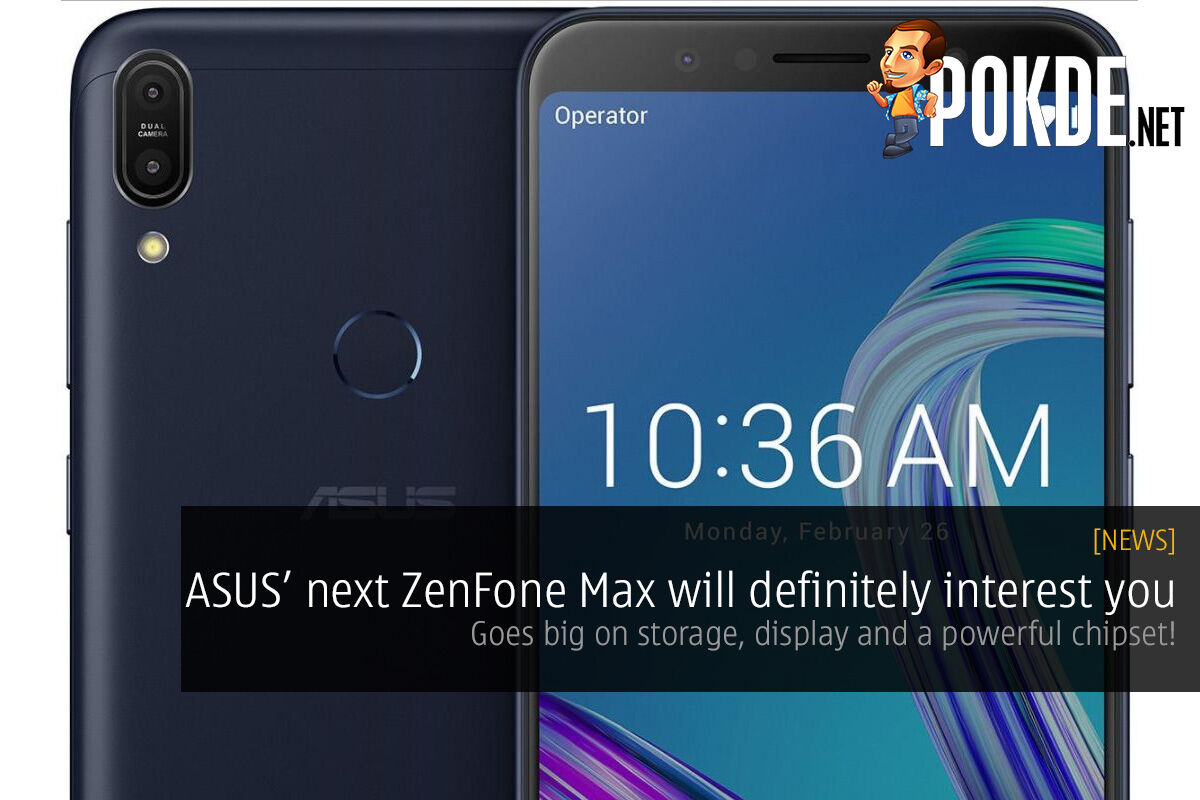 The ASUS ZenFone Max Plus M1 was ASUS’ first 18:9 smartphone, marking the Taiwanese tech giant’s entry into the full display arena. While the subsequent ZenFone 5 series showed that ASUS is intent on going down the notched route, a new ASUS ZenFone Max Pro M1 is coming soon, sans notch.

The device which could definitely do with a better name is understandably the successor to the ZenFone Max Plus M1. While the Max Plus M1 featured a rather questionably chipset choice — the MediaTek MT6750T — for a late-2017 device, the ASUS ZenFone Max Pro M1 (damn that’s really a mouthful) is rumored to feature the Snapdragon 636, a chipset that powers ASUS’ very own mid-range ZenFone 5. Just like its predecessor though, it will feature a large, 18:9 display that now measures 6″ diagonally.

As a member of the ZenFone Max family, it is speculated to sport a 5000 mAh battery. Dual SIM support is available too, with a dedicated microSD slot to expand on the storage. 4GB of RAM is expected here, with some rumors pointing to configurations with up to 6GB RAM and 64GB internal storage.

To live up to ASUS’ latest tagline for the ZenFone family, #WeLovePhoto, the ASUS ZenFone Max Pro M1 will feature a dual 16MP setup, with an equally high resolution selfie camera. Interestingly, the ASUS ZenFone Max Pro M1 is also rumored to run pure Android Oreo, which, if it means what I think it does, means that this will be ASUS’ first Android One device. ASUS’ has some experience with the Nexus program in the form of the Nexus 7, so this would be rather interesting to see.

It is expected to be launched tomorrow as a Flipkart-exclusive, but we expect to see it appear in other developing markets pretty soon.

Pokdepinion: It would be a shame if this device would not hit global markets, as a 5000 mAh battery + an efficient 14nm FinFET Snapdragon 636 would result in mind-blowing battery life figures!

In Case You Missed It, Update 3.2 For Vainglory Is Now Live!
Next