“Fnatic and MSI are both proven leaders in the gaming industry with dedicated efforts to further eSports for years.Players at Fnatic will be outfitted with state-of-the-art MSI gaming rigs that give them the edge they need to smash their enemies and succeed. MSI will have Fnatic’s full support and expertise to market and create truly awesome gaming rigs that gamers crave,” says Sam Chern, MSI Global Marketing Director.

Fnatic has been on a winning streak since last year. Alongside two champion titles at EU LCS (League of Legends Championship Series) Spring Split 2015 and EU LCS Summer Split 2015, Fnatic was proudly crowned CS:GO champions at ESL One: Katowice 2015 and ESL One: Cologne 2015.

Pokdepinion: We feel that a partnership between MSI and Fnatic will bring us better gaming hardware with feedback from real pro players. I wonder if MSI will still continue their partnership with SteelSeries for peripherals or switch over to Fnatic Gear?

Teenager Turned Down $8 Million Offer To Play CS:GO With His Friends Instead
Read More
10121 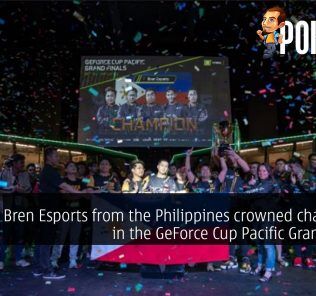