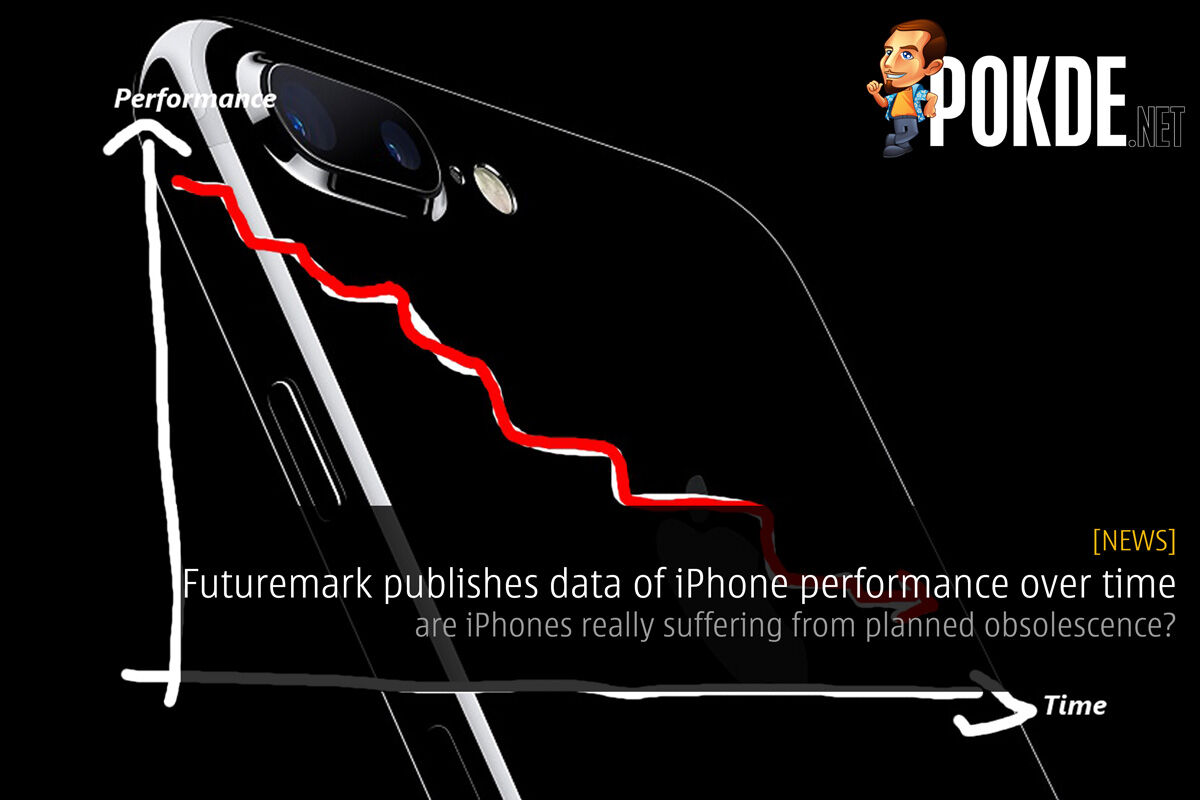 Futuremark, the guys behind the PCMark and 3DMark benchmark suites which we use in our smartphone reviews as well as our gaming PC and laptop reviews, have set out to verify the claims that Apple is purposely slowing older iPhones to get consumers to get the newer iPhones. Is it true though?

To test the theory, Futuremark plotted a chart of the iPhone 5s’ GPU and CPU performance over time. From iOS 9 to iOS 11, the GPU performance has remained pretty constant but CPU performance appear to have decreased slightly from iOS 10 to iOS 11. Still, it’s a small difference and users should be hard pressed to note such a difference. 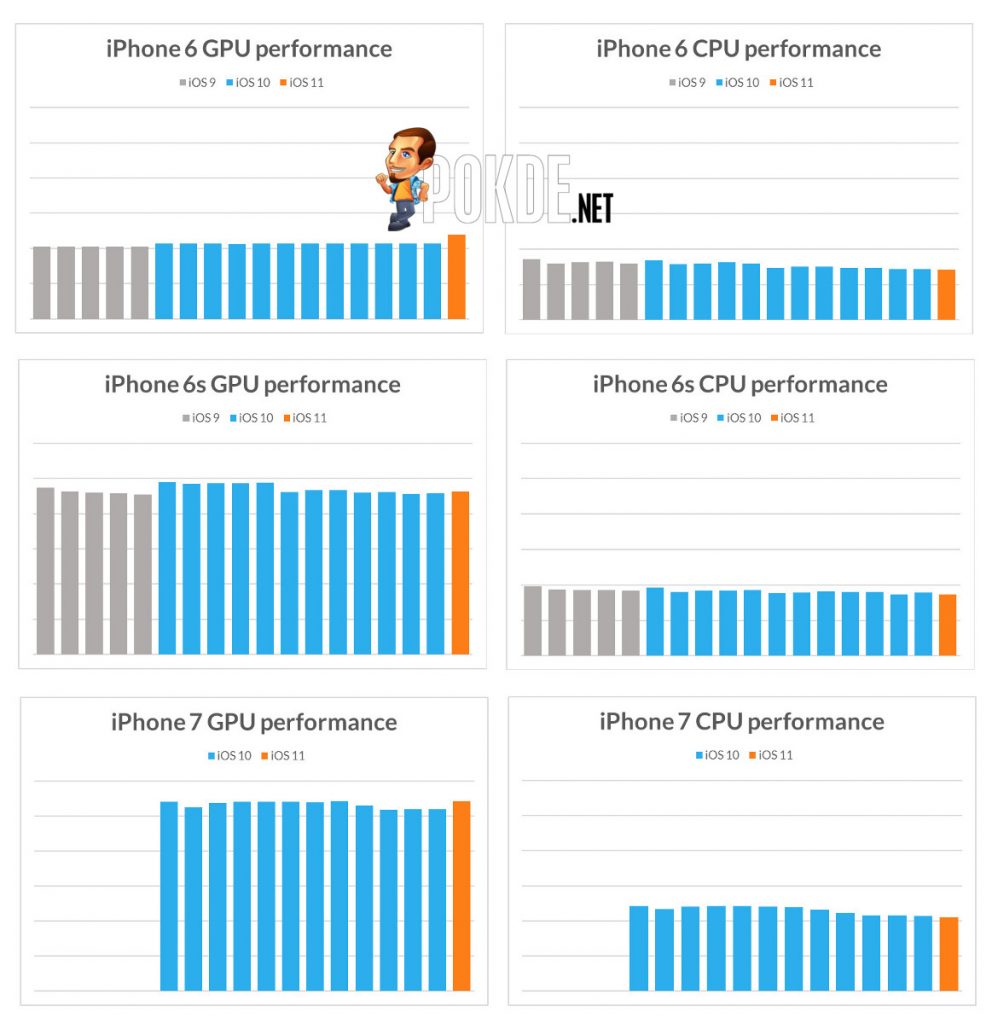 This trend is reflected in the iPhone 6, iPhone 6s and iPhone 7 benchmarks as well, with the GPU performance remaining somewhat consistent while CPU performance appears to have decreased over time. The iPhone 7 appears to be the worst hit here.

Futuremark claims that the slight performance difference visible in the graphs are unlikely to affect user experience, and instead puts it down to newer updates having newer features that require more resources, thus resulting in the perceived “slowing down” of their devices. Still, it is worrying to see the CPU performance drop gradually. We also need to consider the possibility of Apple cheating in benchmarks, like certain Android OEMs are known to do.

Have you noticed your iPhone slowing down after updates? Let us know if you have! To test your device with 3DMark, go ahead and download it from the Apple App Store or Google Play.

Pokdepinion: I have not encountered worsening performance when dealing with updates on Android smartphones, but I have seen worse battery life after a major update.

Raja Idris
The name's King, Kingky King. Likes to keep it simple and straightforward. A person who games regardless of what platform. Need value for money performance? Get AMD.
Pokde Recommends
3DMarkbenchmarkfactFuturemarkiosiPhonemythperformanceGadgetNewsSmartphone
MORE
Read More
1638