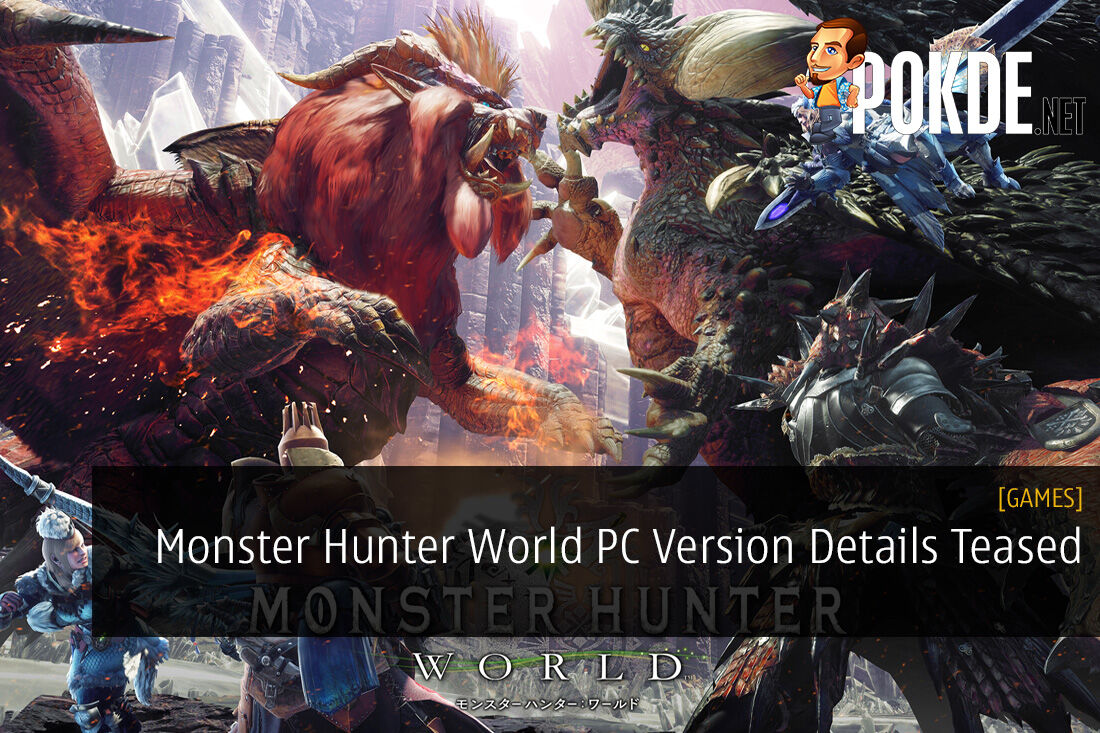 Capcom confirmed that they will be releasing details on the PC version of Monster Hunter World very soon. When and what sort of info can we look forward to?

Monster Hunter World is one of the most highly anticipated releases in recent times. Of course, if you’re on console, it’s highly likely that you’ve been enjoying the game for a while but the same can’t be said for your PC brethren. The only thing that was confirmed was that it was coming to PC but nothing much aside from that. In fact, the news of a delay from not too long ago disappointed a number of fans.

Well, it looks like Capcom has stepped up and announced that they will be revealing some valuable details on the PC version of Monster Hunter World. It will be happening on Monday, 9th July 2018 at precisely 9AM PT / 5PM BST / 4PM GMT+8 (Malaysian and Singaporean timezone).

We will soon be able to know when exactly the PC version of Monster Hunter World will be released, where we can get our hands on it, and the minimum system requirements to run the game. I’m sure many of you out there are crossing your fingers now, hoping that it wouldn’t take too much to run the game. Perhaps it is time to hunt for some upgrades for your PC.

Be sure to stay tuned to Pokde.net as we will be keeping our eyes out on this and reporting it as soon as information becomes available.

Pokdepinion: I’m personally more curious about the recommended system requirements, wondering what sort of monster, pun intended, would be capable of running the game at its best.

Aiman Maulana
Jack of all trades, master of none, but oftentimes better than a master of one. YouTuber, video editor, tech head, and a wizard of gaming. What's up? :)
Pokde Recommends
capcomGamingMHWmonster hunter worldPCMRGamingNewsPCMR
MORE
Read More
3109

Which Version of Resident Evil Village Should You Buy?
Read More
3007

You Could Soon Watch The English Premier League On Facebook — Involves A Thre...
Next