If you are a fan of military shooters, what better way to show off your interest than by getting camo-themed hardware to play your favorite titles on? And what’s even better is you will get a free copy of the Tom Clancy’s Ghost Recon Wildlands or Season Pass with selected MSI Camo Squad products from now until June 30th!

That’s not all though. Aside from the bragging rights of a unique camouflaged laptop sitting on your desk, and a free game, you will also be getting a camo backpack, a camo water bottle, a set of MSI themed dog tags and a camo mouse pad. Aside from real world swag, you will also receive an in-game T-Shirt with the MSI logo in Ghost Recon Wildlands! 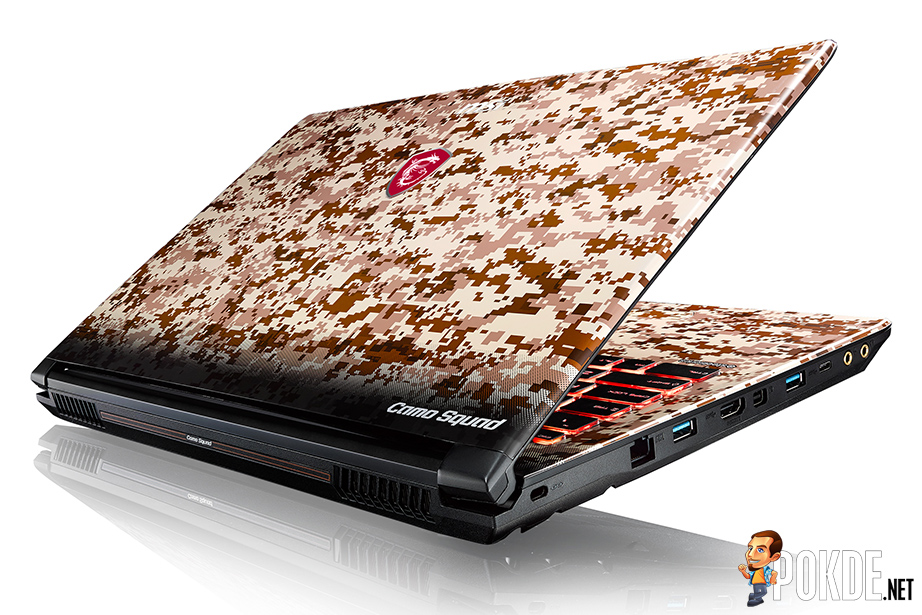 How to get your limited edition Camo Squad MSI gaming notebook? There will be a pre-order which will end on 19th March. During this period, gamers will receive all the goodies mentioned above, and an additional MSI Gaming mouse, the DS200 which is worth RM199!

Pokdepinion: I am no fan of green camo, but if it came in snow camo, I am sold. What You Need to Know About PS4 System Software Update 4.50 “SasukeR...
Next