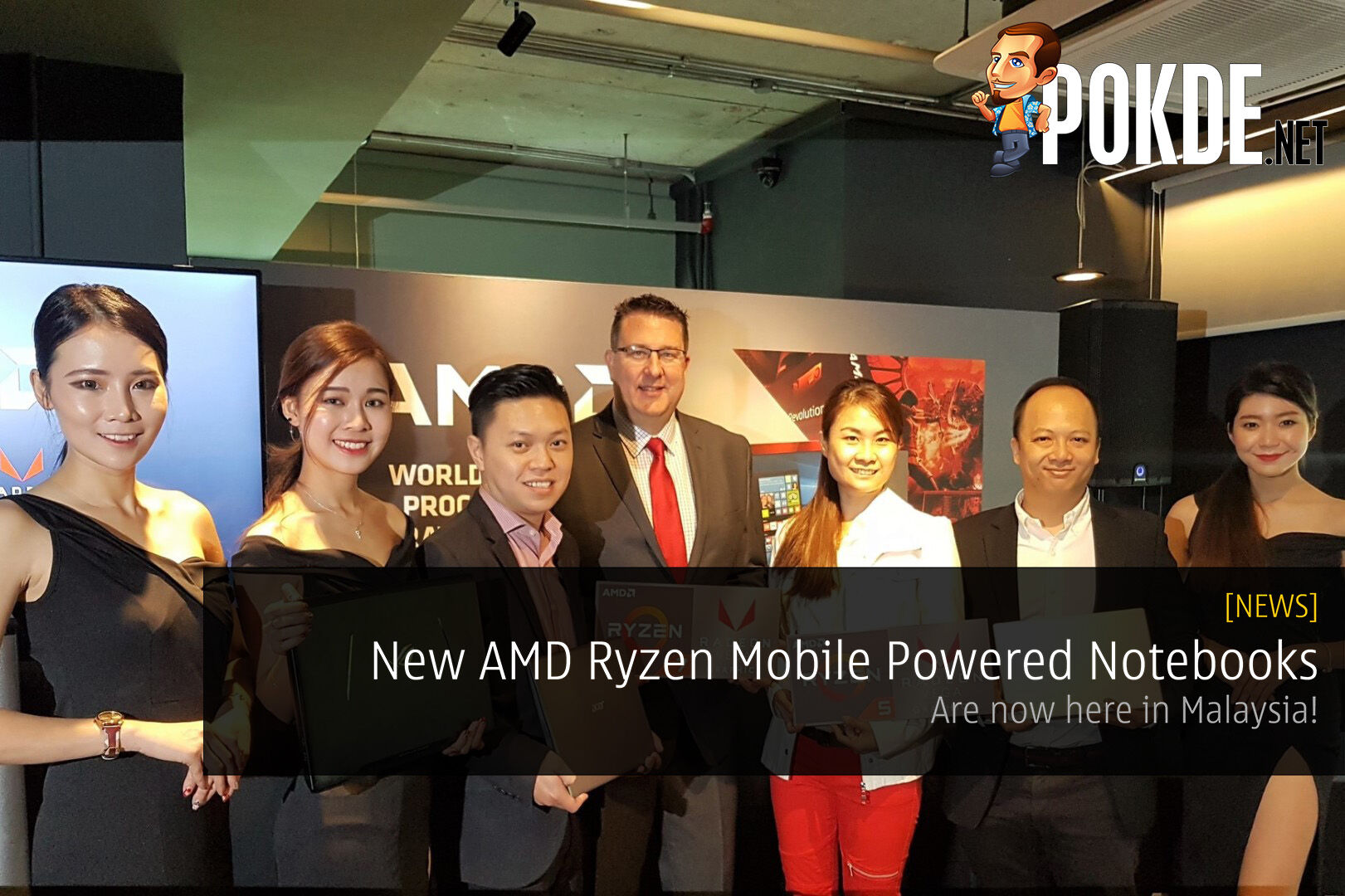 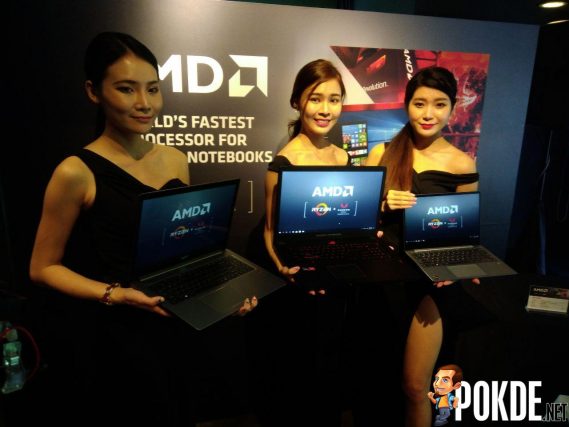 The AMD Ryzen 5 2500U processor features a 15W TDP and utilises 4 of AMD’s “Zen” x86 CPU cores, 8 threads as well as a max clock speed of 3.6Ghz. The Ryzen 5 2500U also comes integrated with Radeon “Vega” in a System-on-Chip design which should allow for decent performances despite its small size. 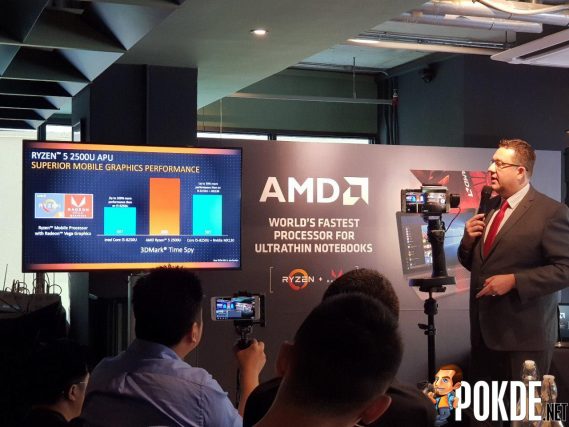 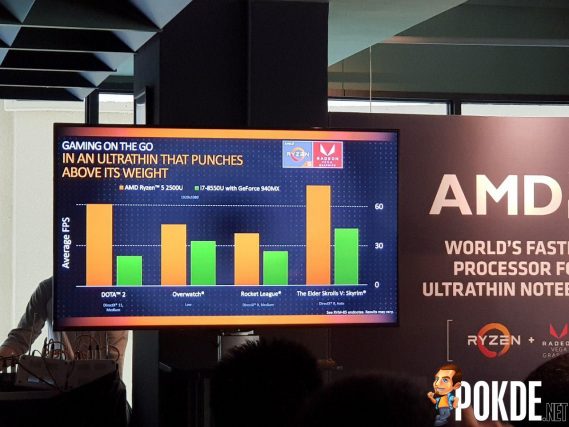 The Acer Swift 3 displayed by AMD during the launch is an interesting one. Not only does it pack an AMD Ryzen 5 2500U processor which in itself already has integrated Radeon “Vega” graphics but it somehow (impressively) manages to squeeze in a separate Radeon 540 GPU with 2GB GDDR5 Graphics in its ultrathin and lightweight body which should give this puppy some extra ‘oomph’ in the graphics department. 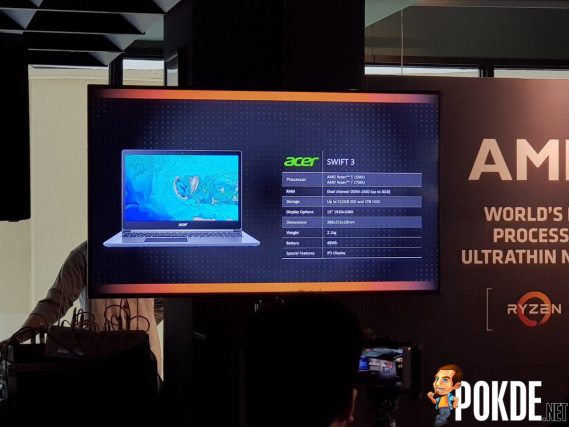 The Swift 3 also comes with 8GB of DDR4 RAM, a 256GB PCIe SSD storage and a 15.6 inch FHD IPS display. The notebook should be available by the end of March 2018 but no price has been revealed as of yet.

As for the more compact notebook of the two, the AMD Ryzen Mobile powered Lenovo IdeaPad 720S features a 13.3 inch FHD IPS display, 4GB of DDR4 RAM as well as a 256GB PCIe SSD storage. This notebook only comes with integrated Radeon “Vega” Graphics however as opposed to the dedicated GPU found on the Swift 3. 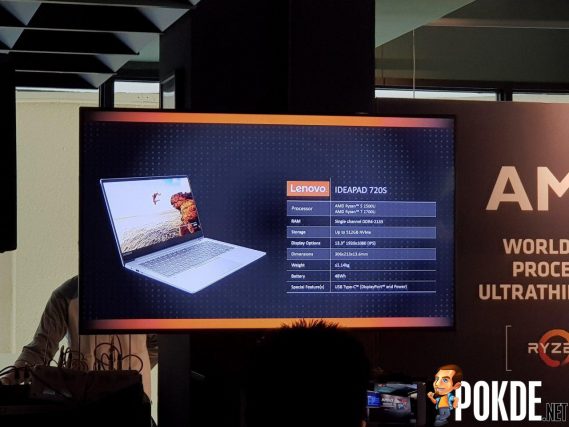 The Lenovo IdeaPad 720S is available now in the market with a retail price of RM 3,299. 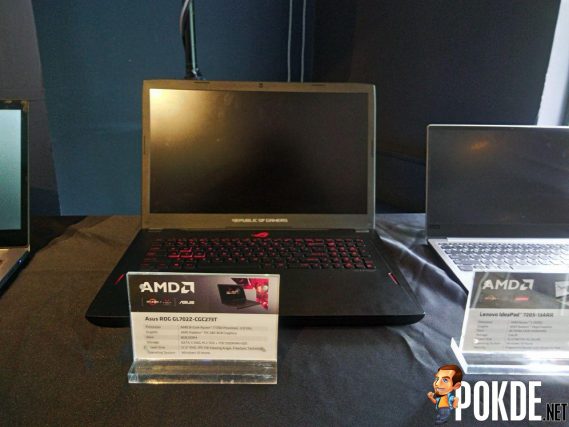 The more gaming focused ASUS ROG Strix GL702ZC sports not only the Ryzen Mobile APU but also a seperate Radeon RX 580. The ASUS ROG Strix GL702ZC also features 8GB of DDR4 RAM, storage-wise features a SATA 3 256GB M.2 SSD as well as a 1TB 7200RPM HDD. The notebook also features a 17,3 inch FHD IPS display with a 178° viewing angle which makes this the most powerful notebook unveiled by AMD.

The ASUS ROG Strix GL702ZC is available for purchase right now with a retail price of RM 7,099.

AMD says that additional products powered by the AMD Ryzen Mobile processors will be announced in the months to come. 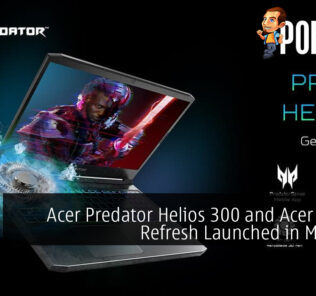