MENU
Sections
Esports
Now Reading
Overwatch: The Bastion We Know May Cease to Exist in the Near Future
NextPrev
Contents
3094
0

Overwatch: The Bastion We Know May Cease to Exist in the Near Future 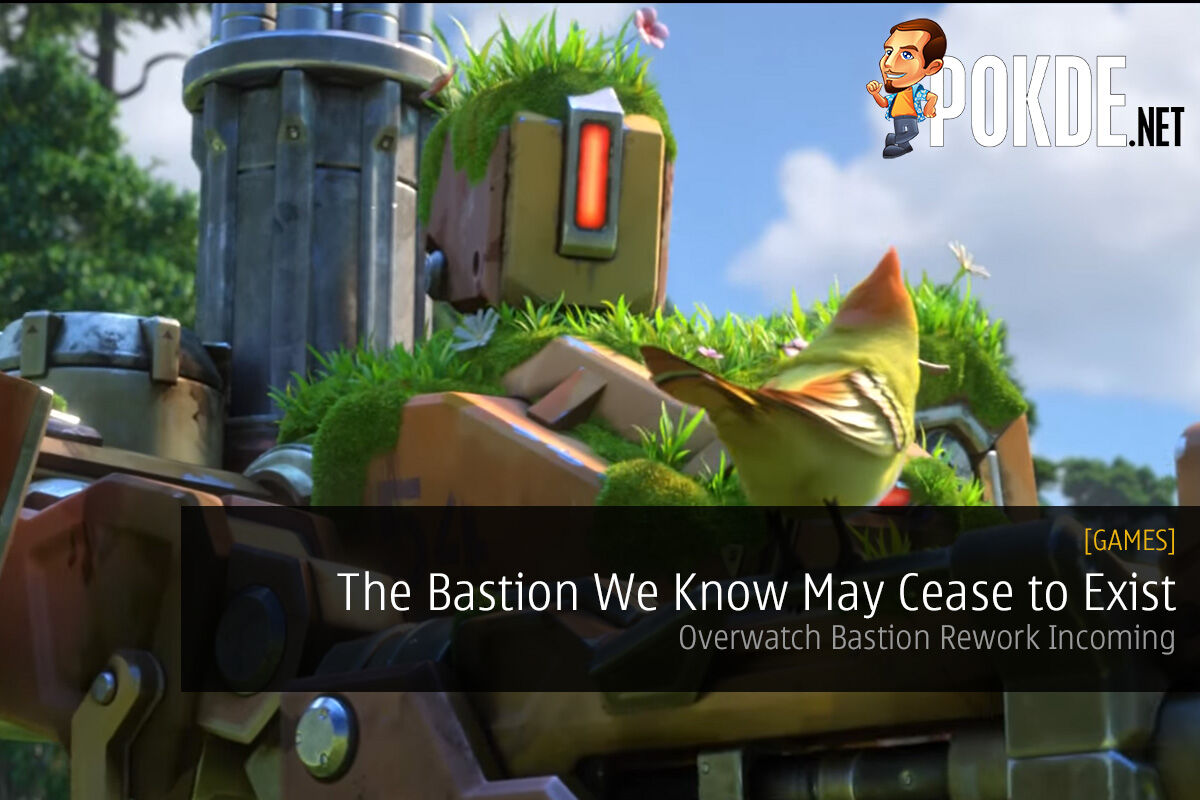 The Bastion we know and love in Overwatch may soon disappear. A PTR update is already in the works.

We all have our favourites in Overwatch. Some of you love Tracer (strangely more so after she came out of the closet), some of you love D.va, and some people like me love Hanzo (come at me bro).

We’ve also been annoyed countless amount of times in the game when we’re about to attack in a particular part of the map, only to be mowed down by Bastion in mere seconds. Well, those days might be coming to an end soon.

Overwatch: Bastion to be Reworked?

According to Overwatch’s Lead Designer, Geoff Goodman, Bastion is set to be reworked. To be precise, all of his abilities except his ultimate skill will be changed or buffed to make him a more viable pick all around. Yes, it’s not so much a rework to make him feel like a new hero, but more like Symmetra to make Bastion more versatile in battle.

From the moment Overwatch became public, Bastion has always been more of a “corner camper”, holding down a choke point with his ‘Configuration: Sentry’ transformation. It can easily take down tanks in mere seconds but Bastion cannot move while he’s in that mode. This makes him severely vulnerable to long-range offense heroes like Widowmaker, Hanzo, and Ana. 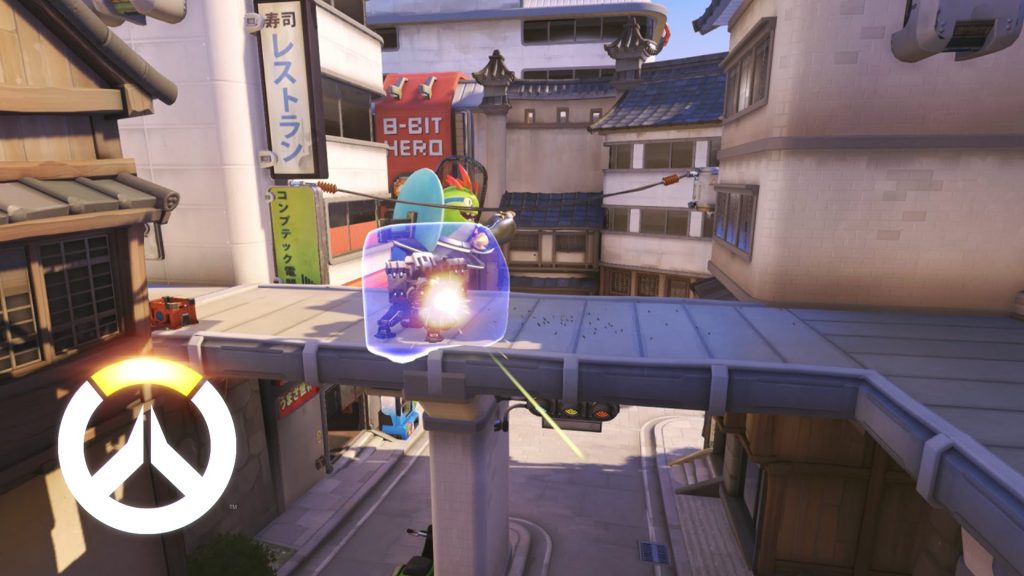 During the beta stages of Overwatch, Bastion had a shield akin to Reinhardt’s one but with lower hit points. It made Bastion pretty imbalanced and the development team didn’t Bastion to only be usable in one particular situation. As such, here’s the changes that are currently expected to happen to our beloved tank-killing machine:

Recon Mode – Lowered spread and increased magazine size, to help with general viability in this mode.

Sentry Mode – We’re looking at focusing this mode into more of a tank-buster and barrier-buster mode, while also making it feel less suicidal to be transformed. To that end we’re testing stuff like increased spread and removing headshots, but taking less damage while transformed.

Self-Repair – We’ve been testing a few big changes to this that are feeling really good so far. Currently our internal build has Bastion able to use Self-Repair while moving and also having it no longer interrupted when taking damage. To balance that out it is now on a resource system (similar to the route D.Va’s defense matrix went). These changes have turned this ability from a more niche rarely used ability, to a much more powerful and core survivability tool. 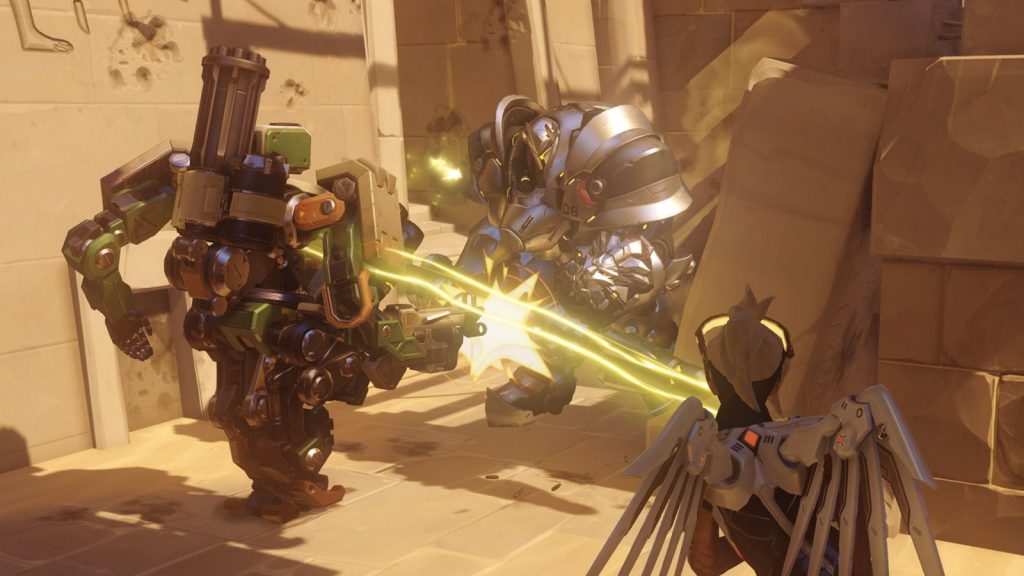 Basically, they’re planning on making Bastion a deadlier threat on the move and they didn’t want people to just stick to his Sentry mode all the time. At the same time, it looks like they’re reducing the DPS in Sentry mode since the bullet spread will be increased and headshots will no longer be possible in this mode.

“We’re still testing and tweaking things with Bastion but we’ll hopefully have a PTR build coming fairly soon so you guys can try it out!”

The changes coming to Bastion have still not been finalized yet, and the one that has been shared out is just the current idea of what’s going to happen to him in the future. No matter what, the development team is adamant is overhauling a few of the machine’s mechanics.

Pokdepinion: It’s a good thing they’re planning on changing Bastion’s skill mechanics. I’m honestly bored with the hero and it’s very easy to counter. In fact, I only find him a threat if the opponents are willing to move around with him a lot and suddenly surprise me.

Otherwise, a Hanzo/Widowmaker from afar or a Genji/Tracer/Sombra/Reaper sneaking from behind spells instant death for the hero. The current changes does make him sound more like Soldier: 76 but we’ll see what the team has in store for the hero. They haven’t disappointed me yet, so I doubt they’ll disappoint me this time.

Aiman Maulana
Jack of all trades, master of none, but oftentimes better than a master of one. YouTuber, video editor, tech head, and a wizard of gaming. What's up? :)
Pokde Recommends
BlizzardChangesMOBAOverwatchPTRReworkupdateEsportsGamingNewsPCMRPS 4SonyXBOX One
MORE
Read More
867