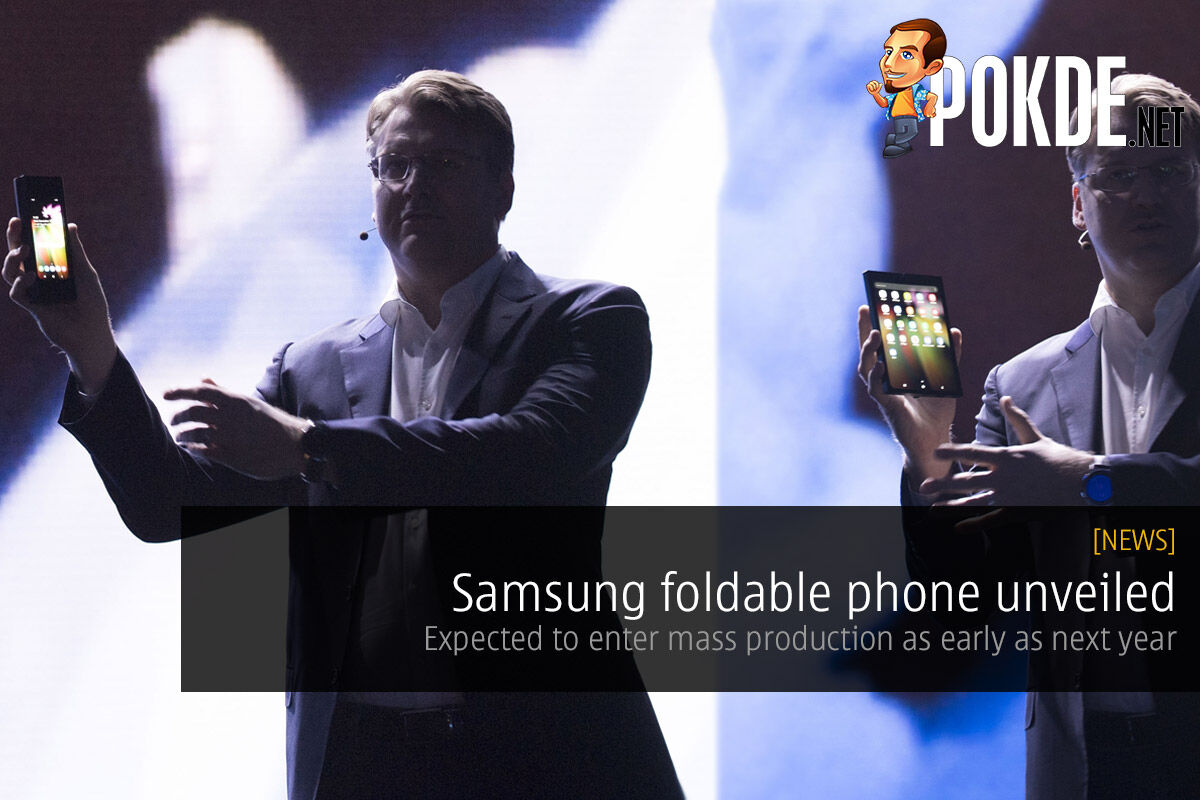 Leaks have been abound about a foldable Samsung smartphone in the works. Some even speculated that a foldable Samsung device will break cover at the recent Galaxy Unpacked event here in Malaysia. Of course, that didn’t happen. Skip forward a few weeks, and we see Samsung finally unveil the Samsung foldable phone for the first time at the Samsung Developer Conference 2018.

It isn’t entirely unveiled per se, because much of the device was covered by a really chunky case. But the key details about the upcoming Samsung foldable phone was revealed. The device will feature two screens, a smaller 4.58″ one on the outside, and a larger 7.3″ tablet display inside. The larger display will feature an elastic cover which can withstand the rigors of being folded and unfolded repeatedly. 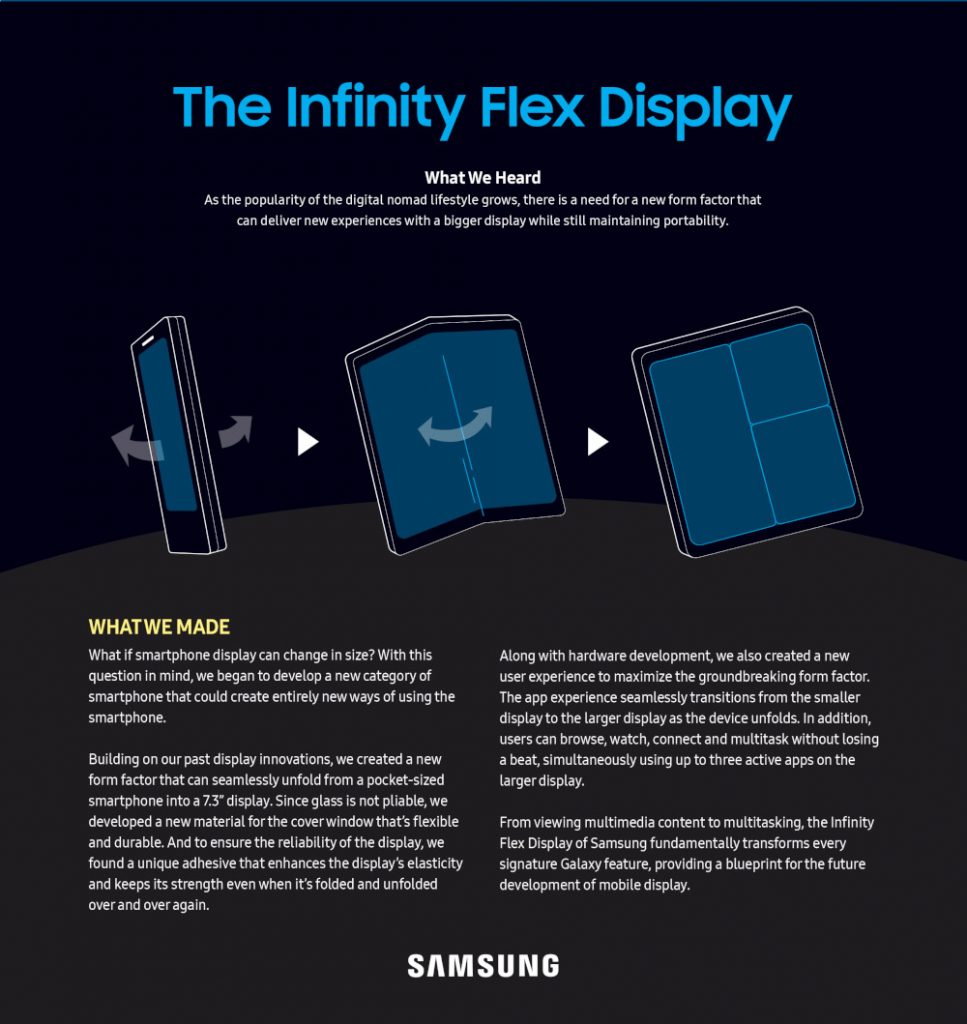 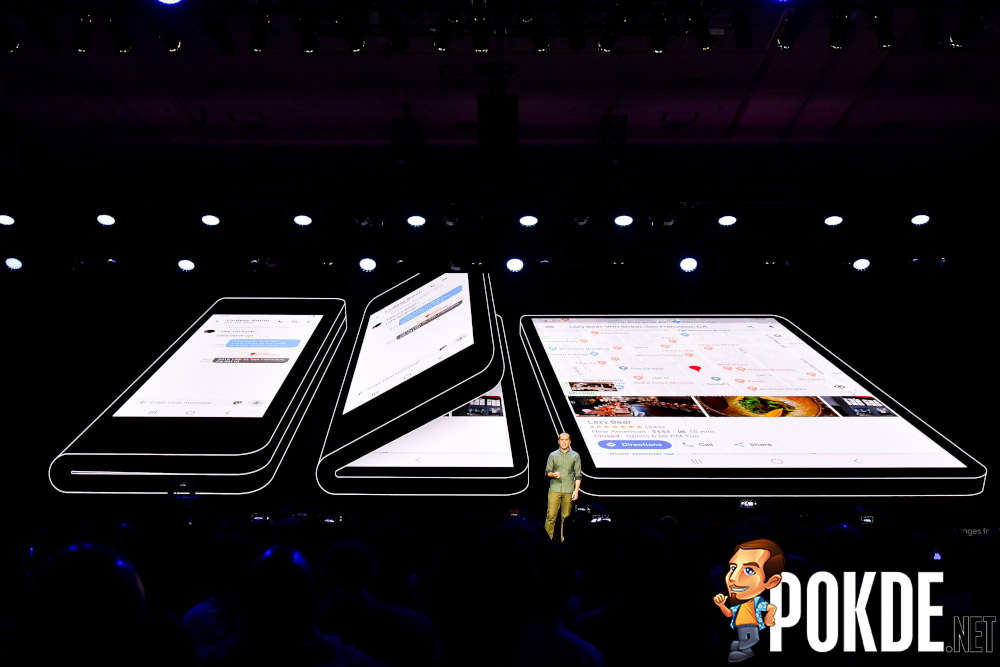 The good thing is that Android is adding official support for the Infinity Flex Display, which is what Samsung calls their foldable display technology. Flipboard has also announced that they will be jumping on board to support the fancy new display. Samsung themselves will offer better multi-tasking, with a more flexible multi-window mode on the larger 7.3″ display.

While all that’s nice to know and all, what’s even cooler is that Samsung has stated that they will start mass production in the coming months, which means that you might be able to buy a Samsung foldable phone soon.

Pokdepinion: I am actually quite interested in the foldable phone concept. Having a larger display without having to lug it around in a bag is indeed a very enticing feature.

POCOPHONE F1 Rosso Red now available — go get it at a Mi Store near you now!
Next