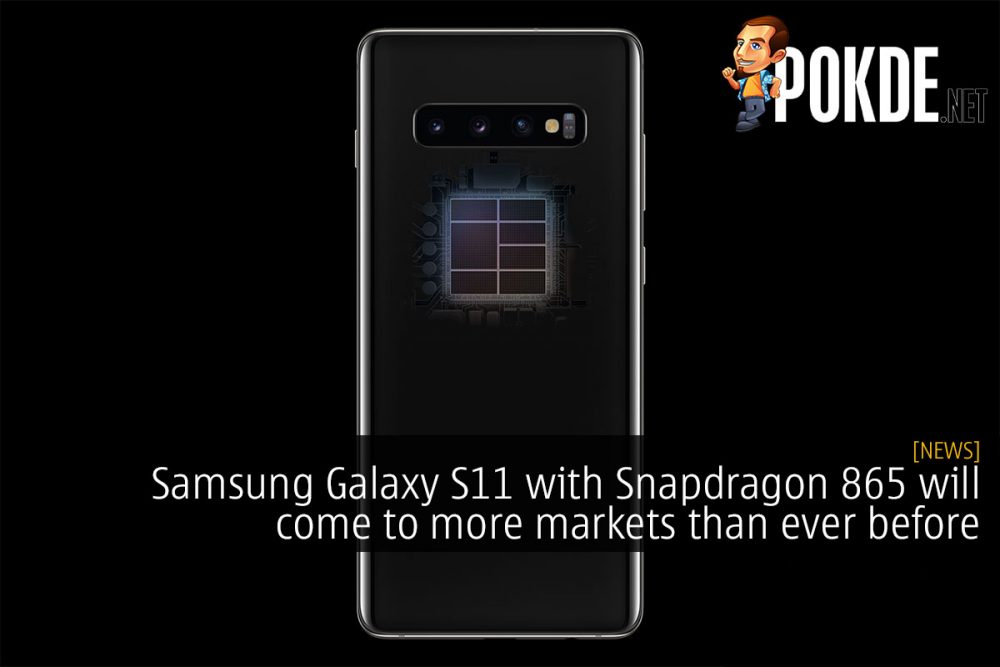 Samsung fans generally love the experience Samsung provides in their flagships, but most of them hate the Exynos chipset. It’s not surprising — we are in the golden age of mobile gaming, and the weak GPUs in the Exynos chips are really holding the Samsung Galaxy flagships back. Well, maybe not anymore.

It seems like Samsung has swallowed their pride and will bring the Snapdragon 865 variant of the Samsung Galaxy S11 to more markets than before, including Malaysia and India. These markets were traditionally where Samsung used their Exynos chipsets in, so this shift may be evidence that the Exynos 990 is really inferior to the Snapdragon 865.

I hope that the Galaxy S11 all over the world uses the Snapdragon 865 processor. Exynos 990 cannot compete with it. This is the darkest period of Exynos. It has never been so embarrassing.

With that said, I would probably say that Samsung will most probably still have the lead when it comes to CPU performance, although the Snapdragon 865 will come out on top in terms of graphics performance. The Snapdragon 865’s Adreno 650 GPU is expected to bring 25% more performance to the table, in addition to supporting updatable drivers for optimized performance in new games.

Malaysian Samsung fans would probably be overjoyed by the fact that they can now get the Snapdragon 865 variant of the Samsung Galaxy S11 without having to sacrifice their warranties for better performance.