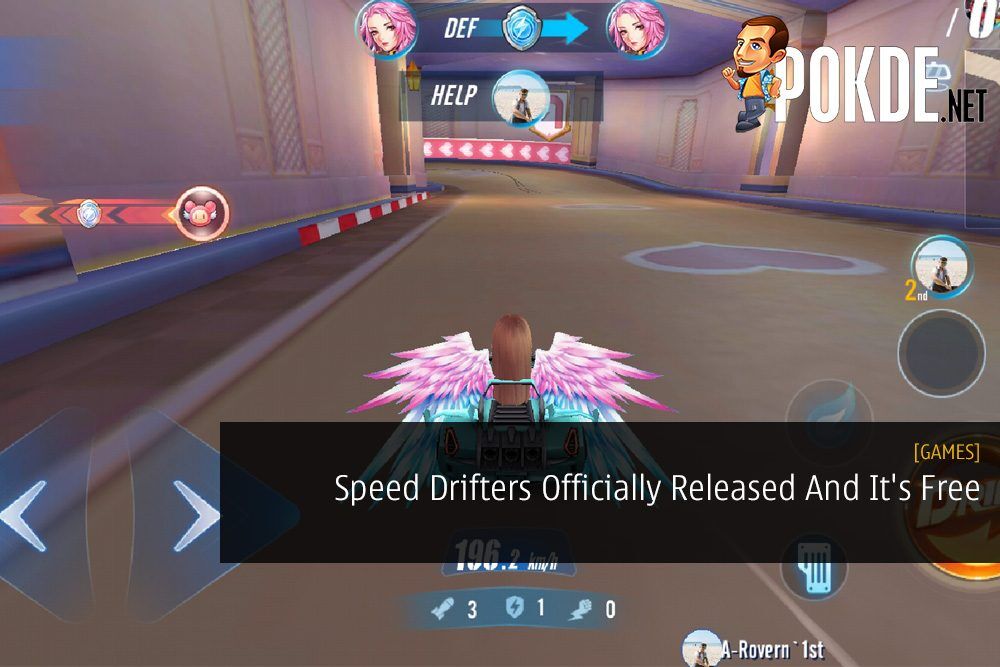 The folks over at Garena has published yet another mobile game and this time, it’s their first mobile racing game. It’s called Speed Drifters and it’s based on the popular mobile game from China that was released recently called QQ Speed.

Speed Drifters is a mobile racing game with four playable modes at the moment; Solo Speed, Team Speed, Solo Items, and Team Items. There are also two “casual” game modes in the form Gold War and Giant Rally, where gamers can play to gain resources for in-game upgrades.

Gamers will be able to enjoy a myriad of maps and cars which can be customized, with more of them to be added in the future. Interestingly, the game has an integrated music player and also includes an integrated livestreaming feature, clubs, marriages, and social spaces to interact with the community.

The game was developed by Timi Studios, owned by Tencent, and is said to have rised to the #1 position in the Free Games category in China for mobile games on its first day of launch. At the moment, QQ Speed (the version released in China) sees roughly 30 million daily active users.

Speed Drifters is currently available for free on the Google Play Store for people in Malaysia, Singapore, Philippines, Indonesia, Thailand, Taiwan, Hong Kong and Macau. Users who have pre-registered for the game will receive some in-game goodies to start you off.

If you want to give the game a try, download it on Google Play Store or click right here instead.

Aiman Maulana
Jack of all trades, master of none, but oftentimes better than a master of one. YouTuber, video editor, tech head, and a wizard of gaming. What's up? :)
Pokde Recommends
AndroidGarenaMalaysiamobile gameAndroidGamingMobileNews
MORE
Read More
1092

EA Has Cancelled Yet Another Star Wars Game
Next