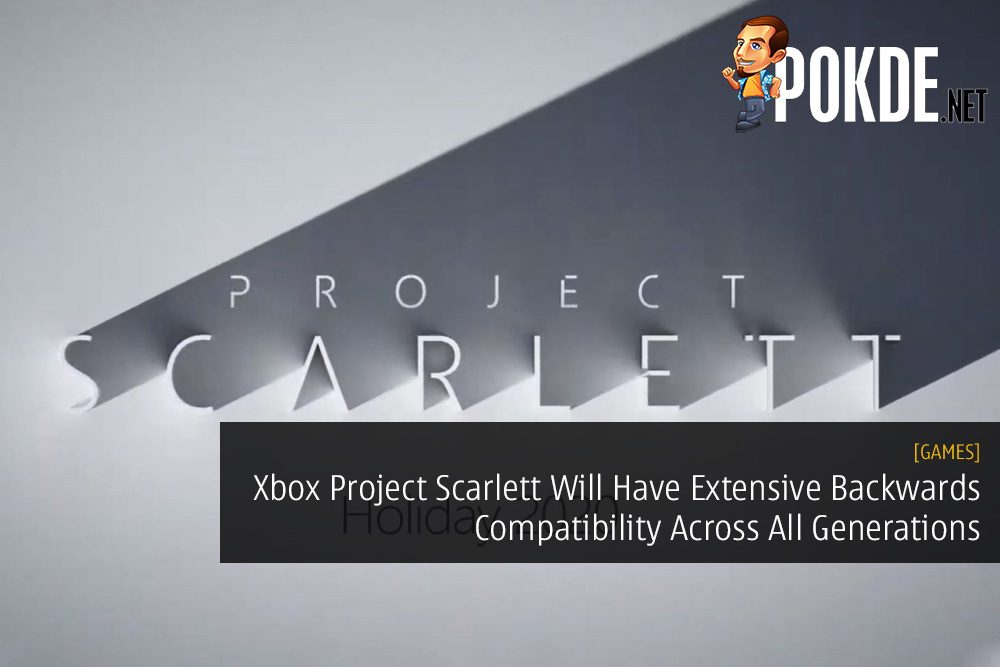 As announced during the Microsoft E3 2019 press conference, the next-gen Xbox Project Scarlett is in the works. They talked about how powerful it is and how even the beastly Xbox One X dwarfs in power compared to this. Many have started asking about backwards compatibility and we have the answer to that.

Xbox has announced that Project Scarlett will officially be backwards compatible with every generation of Xbox console that has been developed and released to date. The company released a promotional video on Tuesday showcasing its intentions in regards to backwards compatibility on Scarlett and what it means for the future of the brand.

During the Xbox E3 2019 Briefing, Head of Xbox Phil Spencer revealed that in designing Scarlett, the company wanted the console to be “compatible across all the generations”. While game compatibility is one thing, having peripherals that will work as well is another great feat. Imagine being able to use controllers or even the Kinect on the new platform.

Because of this move, Microsoft will soon stop adding games to their backwards compatibility program. After all, they won’t need it anymore soon enough so no point in working on it any further. We will update on this matter if more information comes to light.

Pokdepinion: This backwards compatibility will make the next-gen a lot more appealing to gamers. I just hope it doesn’t come at a cost of having a very pricey gaming machine.

Aiman Maulana
Jack of all trades, master of none, but oftentimes better than a master of one. YouTuber, video editor, tech head, and a wizard of gaming. What's up? :)
Pokde Recommends
Backwards CompatibilityconsoleE3 2019GamingMicrosoftnext-genPokde PicksProject ScarlettGamingMicrosoftNews
MORE
Read More
2453

PokdePicks:These Are The Only 10 PS4 Games That Won’t Play on the PS5
Read More
3436

Expecting PS5 To Be Fully Backwards Compatible? You Might Be Disappointed
Read More
2795

What Do Gamers Look For In The Next-gen Consoles? The Answer Might Surprise You
Read More
1846