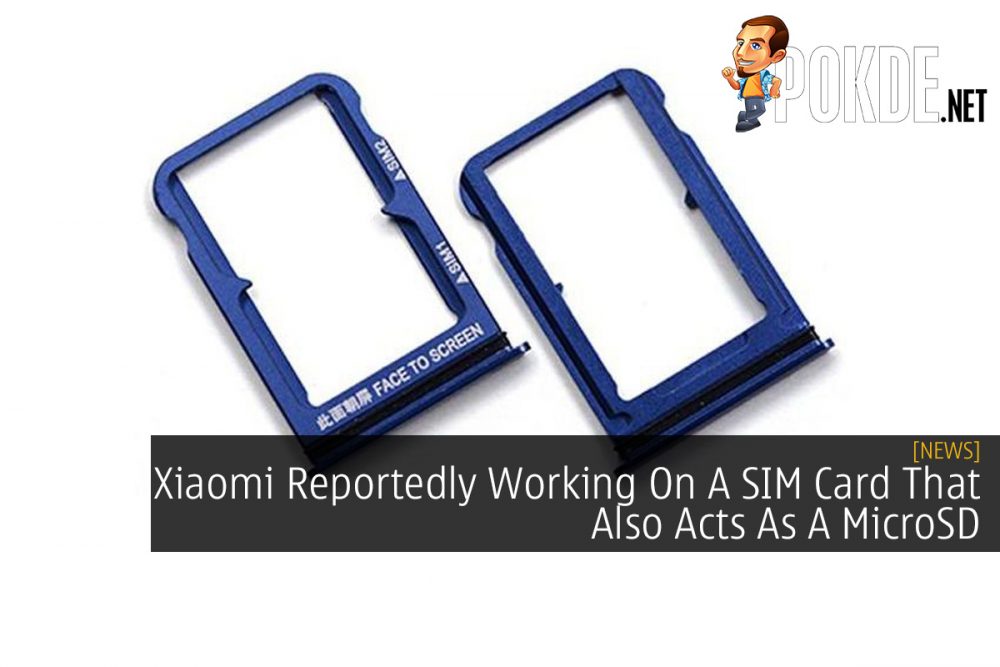 In today’s world of smartphones, microSD slots are not that common where some brands deemed it to be not important and is a waste of space. Well it seems that Xiaomi might have the answer to this.

Xiaomi is reportedly working on a SIM card that also acts as a microSD card. While not all smartphones have microSD card slots, a slot for SIM is always there.

It seems that there’s a patent showing that Xiaomi is working on such a feature. It is said that Xiaomi is using one side of the card as SIM while the other for storage.

This would mean however that the feature would require a specialized tray to be able to read both sides of the card. The feature could only be available on Xiaomi devices considering that they look to make it their proprietary storage technology.

Pokdepinion: Well that’s definitely a smart way of doing things. I wonder if they would share the patent with other brands.. (if it does indeed come out)

Raja Idris
The name's King, Kingky King. Likes to keep it simple and straightforward. A person who games regardless of what platform. Need value for money performance? Get AMD.
Pokde Recommends
featureMalaysiamicroSDPatentreportSIMSmartphonestorageGadgetNewsSmartphone
MORE
Read More
1469

HONOR Week sees up to RM400 slashed off the latest smartphones!
Next