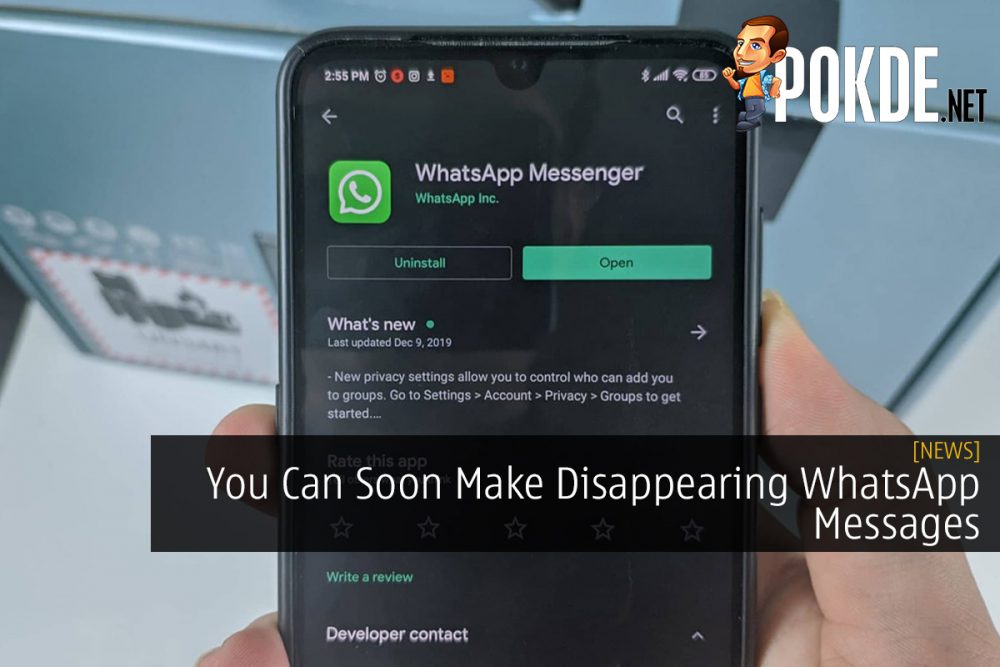 WhatsApp is one of the world’s messaging app, where down the years it has gotten several new features. One new feature that is said to be coming is disappearing messages.

Thanks to WABetaInfo who usually leaks these sorts of news about the app, the latest WhatsApp beta version 2.19.348 has included a feature that allows for disappearing messages.

The feature is named “delete messages” where it allows you the option to choose how long new messages to last before they are indeed deleted.

As you can see from the screenshot that showcase a group chat above, there’s the option to select from 1 hour up to 1 year for the messages to last.

It appears that it will take all the messages in the group instead of specific texts. This means that you can’t simply make one disappearing message.

Despite the news, there’s still no confirmation of a release date for the feature. Hopefully we’ll see it sooner rather than later.

Pokdepinion: I don’t think I’d use this feature… but hey, it’s better to have it than not, no?