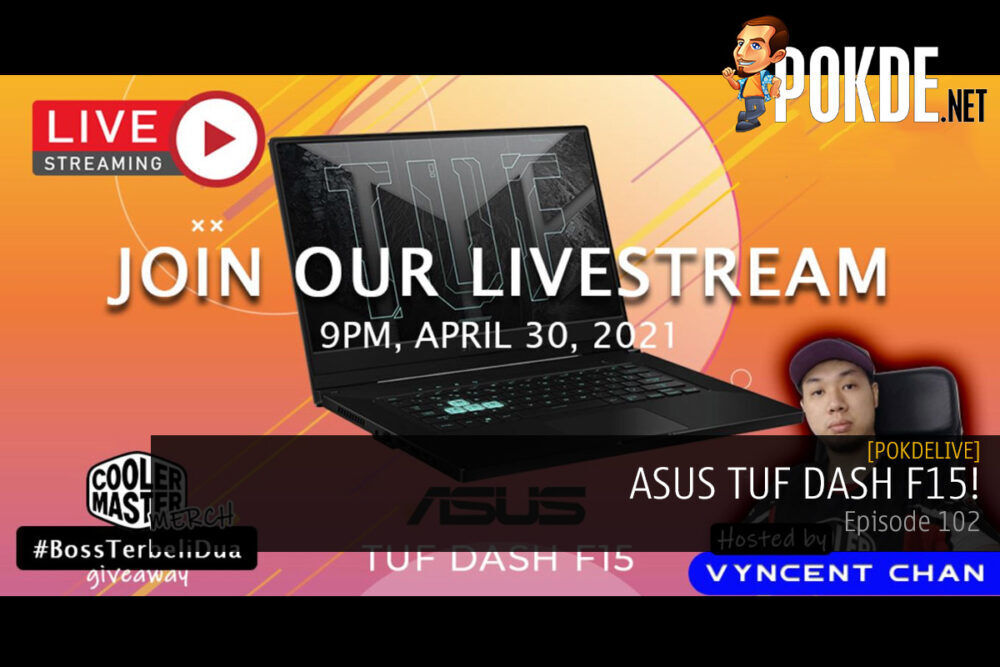 We will be checking out the ASUS TUF DASH F15 in this episode of PokdeLIVE where we answer tech questions that our readers have for us. We’re also giving away Cooler Master’s MasterGel thermal paste for this week’s #BossTerbeliDua giveaway. PokdeLIVE is our weekly episode of live discussion where we answer any questions that you may have related to technology and the current trends. We go live every Friday at 9:00pm (2100 hrs) GMT+8. Don’t miss out on this rather witty yet knowledgeable event every week and stand chances to reap the rewards of our boss’ mistakes as he keeps on hustling with his #BossTerbeliDua habits. Click here to visit our Facebook page.

Raja Idris
The name's King, Kingky King. Likes to keep it simple and straightforward. A person who games regardless of what platform. Need value for money performance? Get AMD.
Pokde Recommends
ASUSASUS MalaysiaBossTerbeliDuafacebookGiveawaylivestreamMalaysiaPokdeLIVEPokdeLive
MORE
Read More
1711

Netflix Play Something Feature Introduced — Watch Series Or Films Based On Wh...
Next