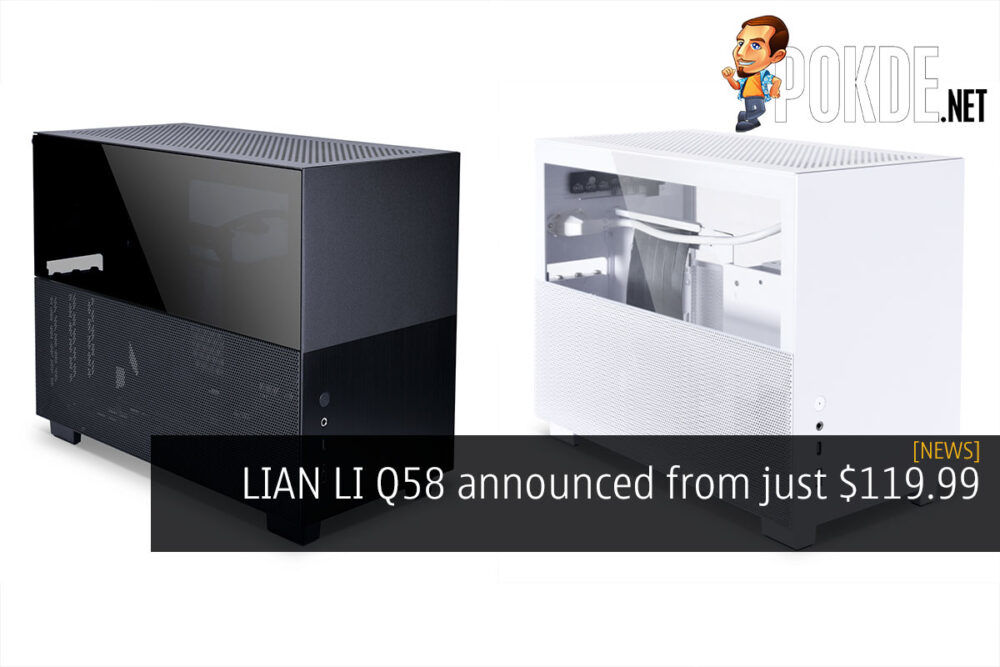 LIAN LI has been on a roll recently with cool cases, and the latest addition being the LIAN LI Q58, a compact 14.5L ITX case with plenty of space for high-end components. It comes in at a pretty premium price point though, starting from $119.99 (~RM501).

The LIAN LI Q58 defining design trait is definitely its half-and-half design. The case is very practically split in two, with the side panels hosting a window on one half for you to show off the innards of the case, while the other half is made of mesh, for airflow. Speaking of airflow, the LIAN LI Q58 can fully kitted out with up to three 140mm fans if used with an SFX power supply.

Storage options are also quite extensive, although the power supply form factor once again plays a role here. With an SFX power supply, you can cram up to four 2.5″ drives, or three 2.5″ drives and one 3.5″ drive. Switching to a larger ATX power supply will limit it to just two 2.5″ drives. Putting that into a simple table:

The LIAN LI Q58’s design consists of an aluminum exterior panels and SPCC Steel inside, which enhances the overall look without costing as much as full-aluminum designs. You can get the LIAN LI Q58 in black and white. This is probably one of the rare cases where the black version actually looks better thanks to the more contrasty finish on the front panel, as the white version does not get the same two-tone finish.

Aside from the color option, you can also get the LIAN LI Q58 with either a PCIe 4.0 or PCIe 3.0 riser cable included. The prices are as follows:

Pokdepinion: The black one looks better to me, and it is just slightly cheaper too! Perfect~