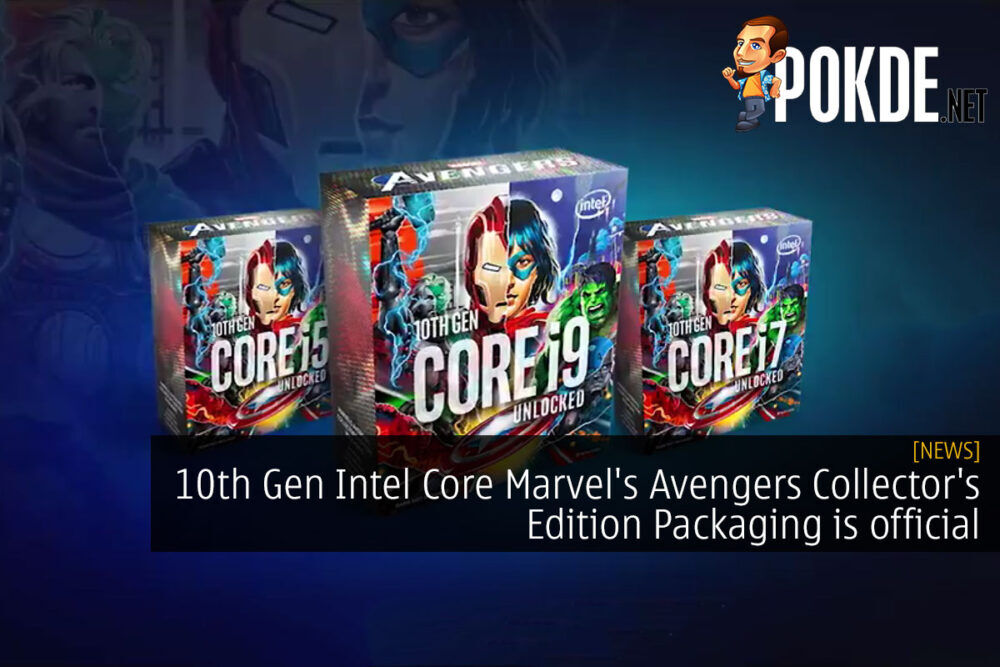 When I saw the rumors of the 10th Gen Intel Core processors featuring Marvel’s Avengers on their packaging, I didn’t expect it to be legit. Well, Intel has just made an announcement on their Twitter confirming that the Marvel’s Avengers Collector’s Edition Packaging is indeed real.

The box art was designed in partnership with Tristan Eaton who created a collage of sorts of the iconic characters from Marvel’s Avengers for the packaging of the Intel processors. The processors inside are still the same, but now sport an “A” suffix to indicate the Marvel’s Avenger Collector’s Edition packaging.

There will reportedly be the Intel Core i5-10600KA, Core i7-10700KA, Core i9-10850KA and Core i9-10900KA. Pricing is still unknown at the time of writing, but I guess it will be safe to assume that Intel will be bundling the game with these special collector’s edition.

Pokdepinion: I guess this game is optimized for Intel?