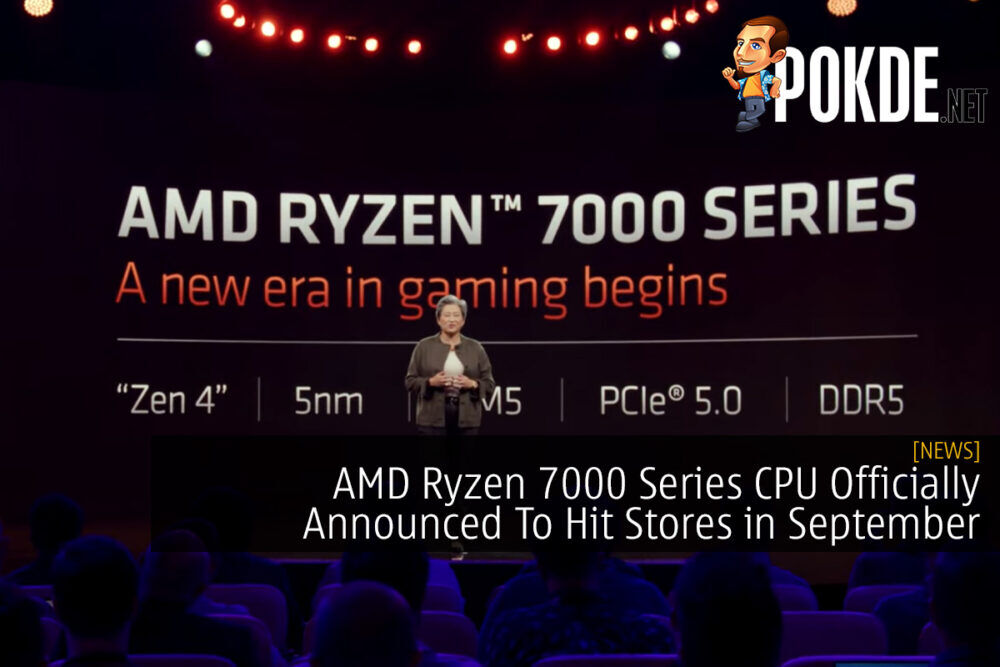 The AMD Ryzen 7000 Series of CPUs have officially been announced. It’s using the new AM5 platform and features the new Zen 4 architecture, DDR5 and PCIe 5.0 support for a huge performance increase over the previous generation Ryzen 5000 Series. 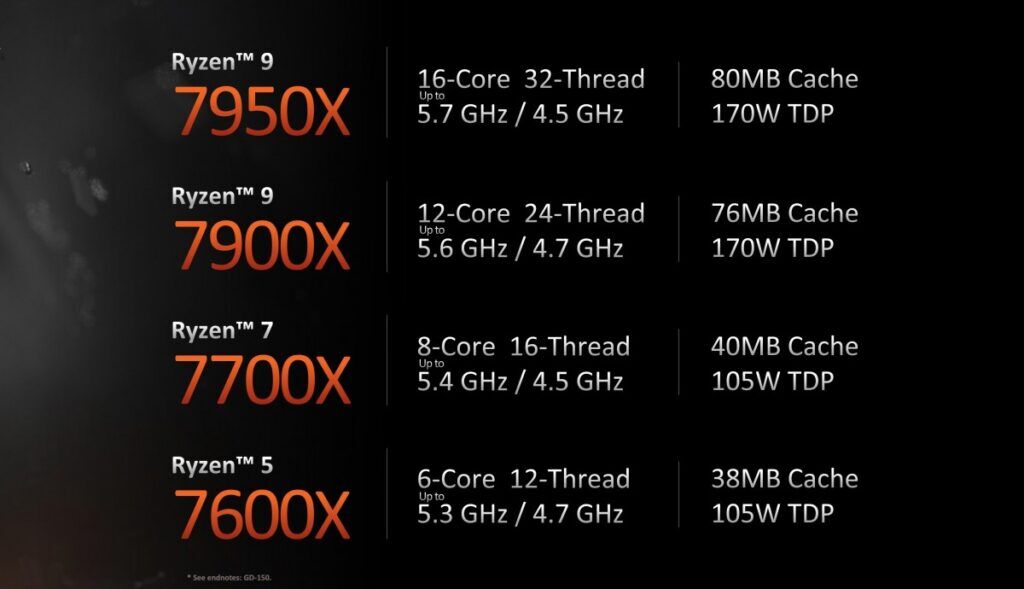 The new CPU series is based on the Zen 4 architecture based on the 5nm TSMC process. AMD also claims up to 1.3x improvement in nT FP32 inferencing with AVX-512 and up to 2.5x improvement in nT inferencing with AVX-512 VNNI. In case you’re wondering, all of these CPUs will come with integrated Radeon Graphics featuring two graphics cores, 2200MHz graphics frequency, and 400MHz base frequency.

As far as efficiency is concerned, AMD mentioned about 62% lower power consumption for the same performance and 49% more performance for the same power when compared to the Ryzen 5000 Series. Furthermore, they claimed it to be 47% more efficient than Intel’s Alder Lake Series.

All of them will be using the new AM5 platform, featuring a new socket design with a 1718 pin LGA socket that can bring up to 230W of power to the CPU. It is compatible with coolers designed for AM4, so no worries there. There will be no coolers included in the box. The motherboard chipsets for this would be the X670 and B650, with each having an Extreme version with better connectivity features.

Do keep in mind that upgrading to this will be rather costly as the AMD Ryzen 7000 Series will not support DDR4 RAM. It will support DDR5 RAM as well as PCIe 5.0. The AM5 platform will also support the new EXPO technology, which is essentially their equivalent of Intel XMP for overclocking RAM. At default, it can support memory speeds of up to DDR5 5200MHz, with higher speeds being possible through EXPO.

Pokdepinion: If you’re coming from AM4, you will need to buy a new motherboard and RAM to go along with the new CPU. If you’re taking a step up, at least now you have a practical reason to do so but at least it seems that a power supply upgrade isn’t necessary.

Aiman Maulana
Jack of all trades, master of none, but oftentimes better than a master of one. YouTuber, video editor, tech head, and a wizard of gaming. What's up? :)
Pokde Recommends
AMDAMD RyzenAMD Ryzen 7000 seriesB650CPUlaunchMalaysiaPCMRCPUNewsPCSystem
MORE
Read More
468