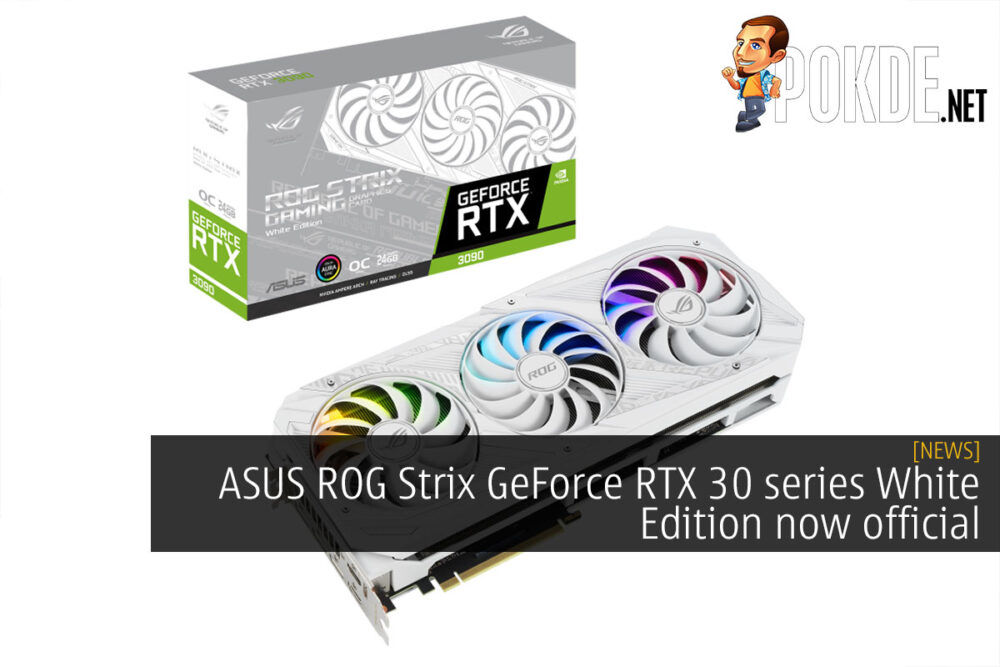 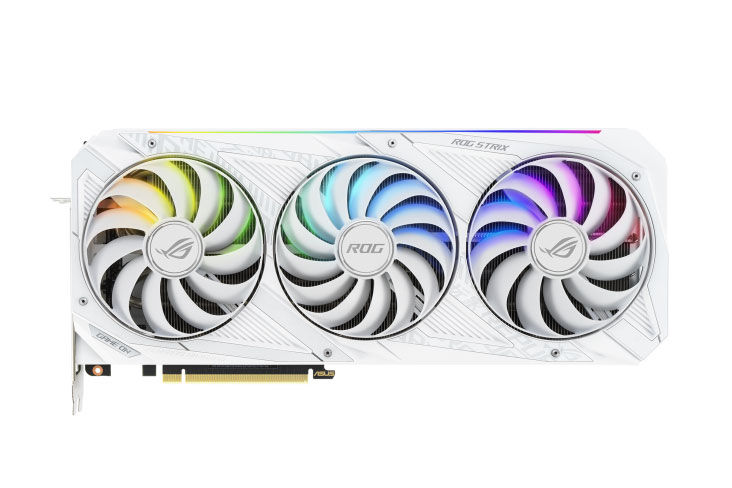 The ROG Strix GeForce RTX 30 series White Edition cards are, as you would expect from the name, really white. With the exception of the PCB, every single element that’s black on the standard ROG Strix GeForce RTX 30 series cards are now in white. Even the polarizing metal strips on the fan shroud are now finished in white, so the fan-side view of the card is really just all-white.

Performance wise you shouldn’t be seeing any difference between the White Edition and normal version. The clocks are kept the same as on their darker counterparts, as is the design of the cooler, aside from the obvious color change. 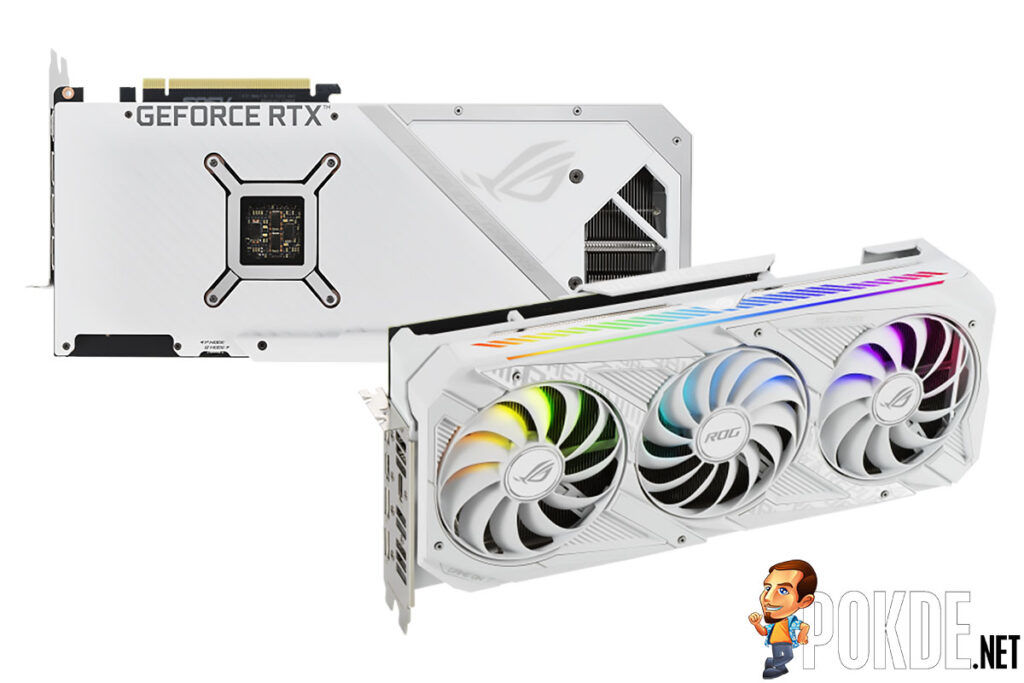 Pokdepinion: I think the fan shroud could do with a bit more contrast…

These Words Are Reportedly The Cause For Twitch Account Bans
Next