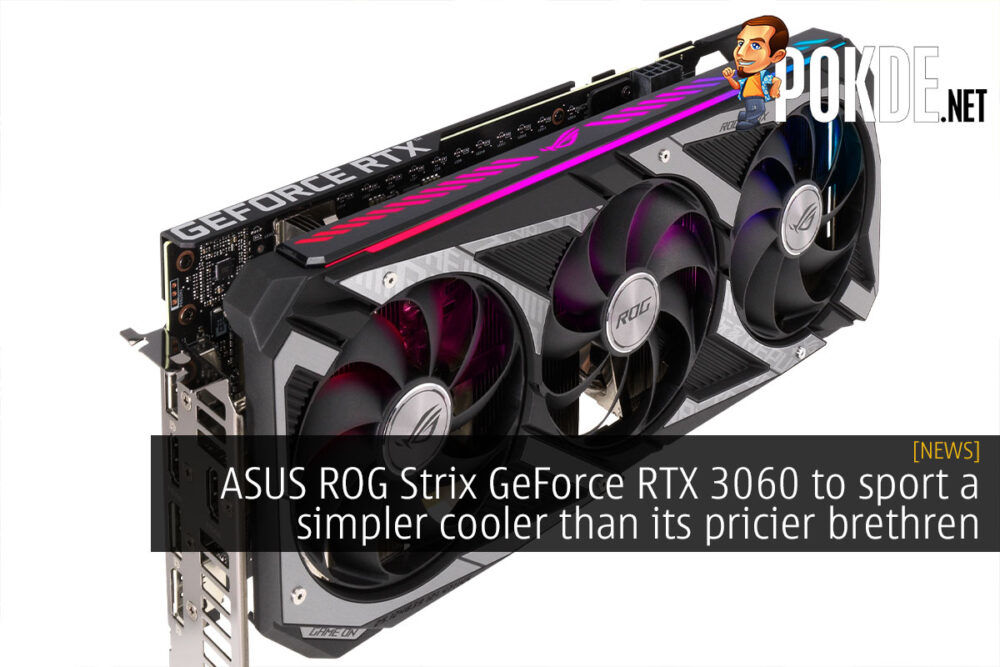 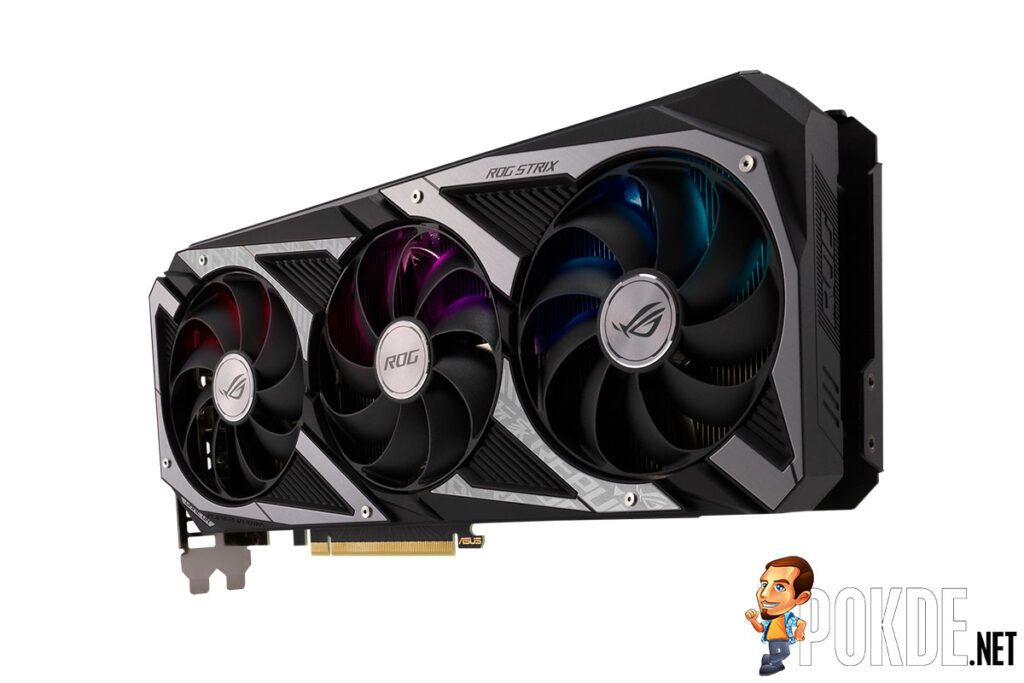 The entire card is thinner at just 2.7-slot versus the 2.9-slot designs of the higher-end Ampere ROG Strix cards. Instead of the newer, higher density Axial-tech fans that were unique to the ROG Strix lineup, the ROG Strix GeForce RTX 3060 will come with the older 9-blade Axial-tech fan.

The smaller cooler should also work perfectly fine since the GeForce RTX 3060 will not be producing nearly as much heat, with the NVIDIA reference specifications putting the TGP at just 170W. While we can expect the ASUS ROG Strix GeForce RTX 3060 to go above that, it will not exceed the 225W mark either, as the card only comes with just a single 8-pin PCIe power connector. 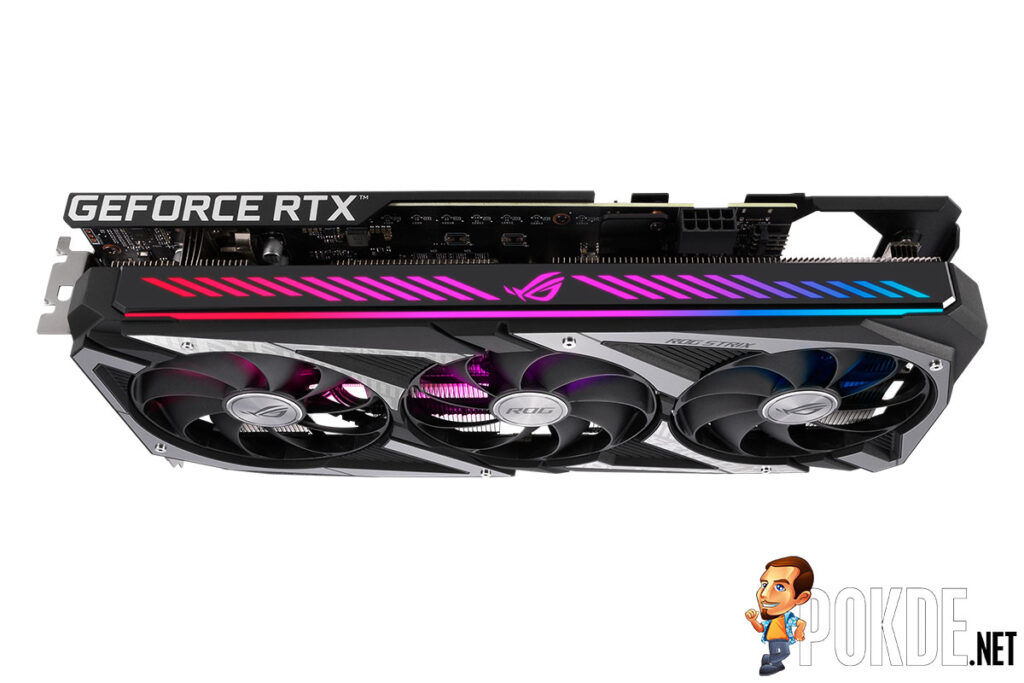 The beefy GPU brace that adds to the rigidity of the entire card is also gone, which makes for a wider gap between the fan shroud and PCB. But given the smaller heatsink, GPU sag should be less of an issue here. 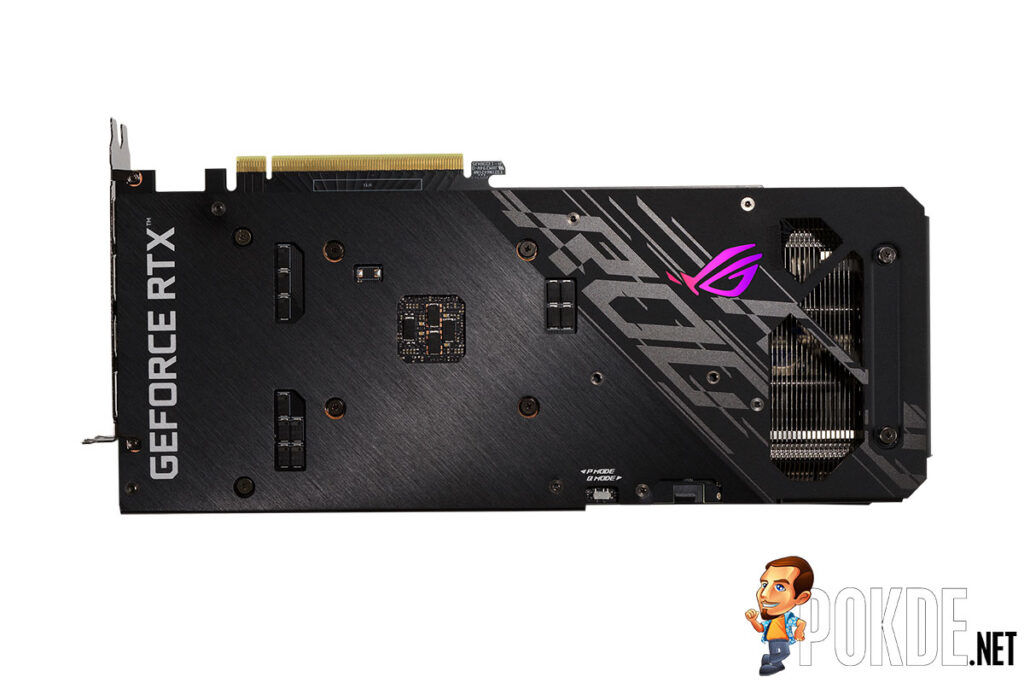 Interestingly, ASUS also refreshed the design of the backplate to show off more of that ROG identity, but they also pared things back here with a simpler brushed metal backplate instead of the thick ridged backplate that was found on the higher-end Ampere ROG Strix cards. 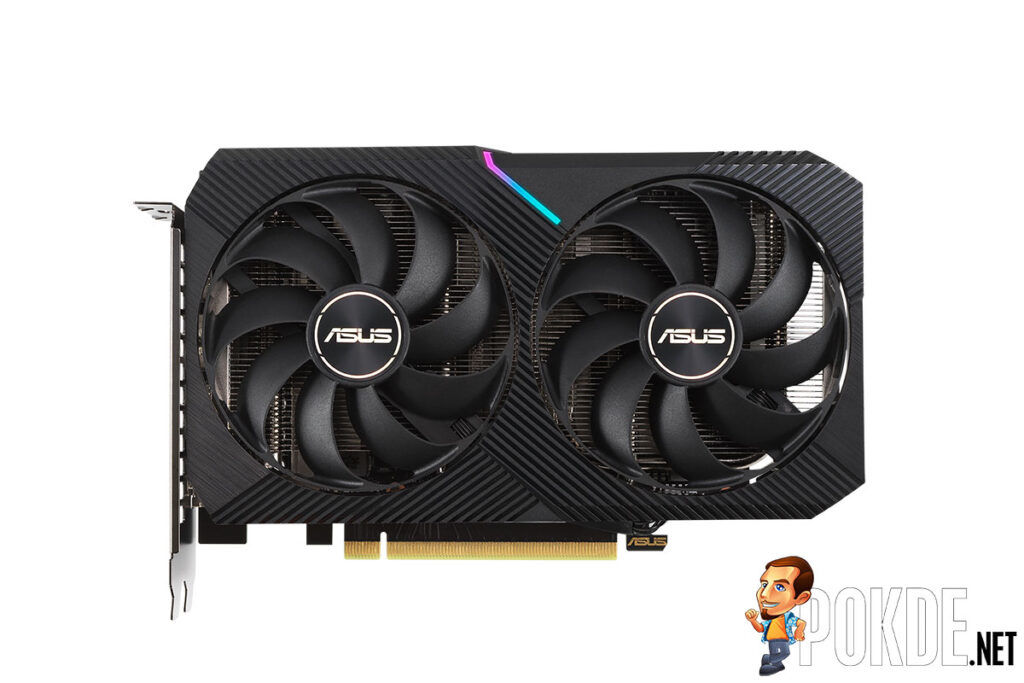 The ASUS DUAL GeForce RTX 3060 has also been shrunk down, now being just 20cm long and in a 2-slot design. It still gets the same Axial-tech fans and aluminium backplate as its pricier brethren in the ASUS DUAL series, which makes it an option for those who want to build an SFF PC with little room to spare for a larger GPU. 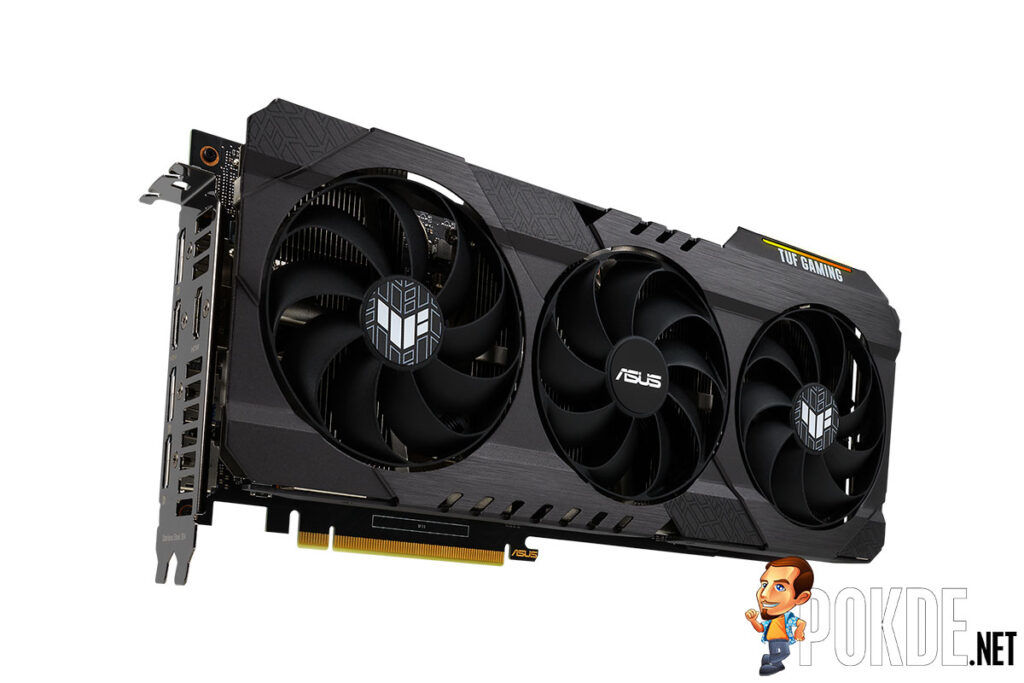 Availability for the ROG Strix and TUF Gaming GeForce RTX 3060 cards are slated to begin in late February, while the ASUS DUAL GeForce RTX 3060 will be coming slightly later in early March 2021.

Pokdepinion: I must say that without the GPU brace, the ROG Strix GeForce RTX 3060 looks a lot less imposing…