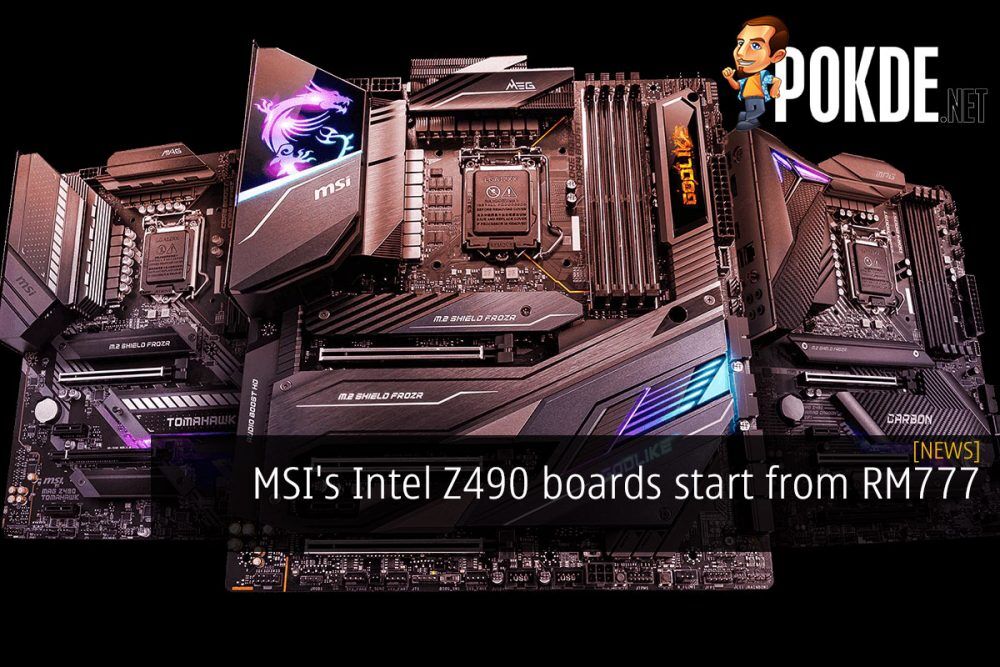 With at least 2.5G LAN offered along with WiFi 6, MSI is ready to take connectivity to the next level with their MSI Z490 motherboards too. All the boards will also feature pre-installed I/O shields to make it easier to build systems with MSI’s Z490 offerings. So let’s start from the top, shall we?

As MSI’s flagship motherboards, they are designed to support ludicrous overclocking on the latest 10th Gen Intel Core processors with Frozr Heatsink Design, complete with two fans drawing air through the I/O shield. The MSI MEG Z490 GODLIKE even offers a stacked fin array, heatpipes and a MOSFET Baseplate to more effectively dissipate heat from the power delivery system.

MSI will be using a Mirrored Power Arrangement with ISL Phase Controllers (read: doublers) with an Intersil ISL69269 PWM controller to send 16 phases to the CPU. Each of the phases are handled by a 90A Smart Power Stage to promises consistent power deliver to the 10th Gen Intel Core processor sitting in the socket. 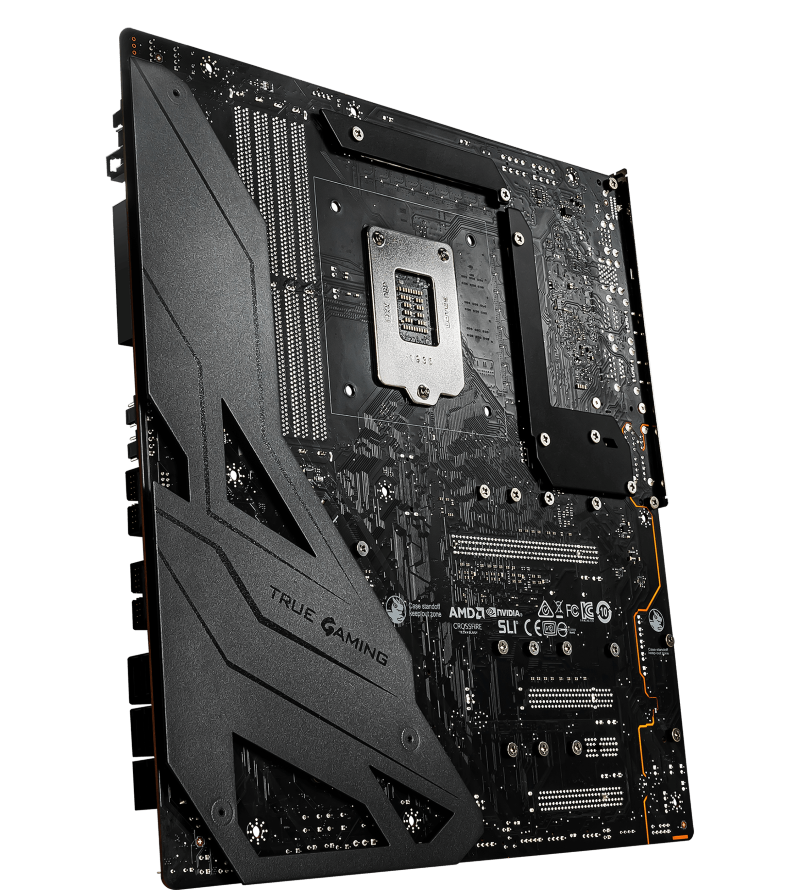 Taking things down a notch, there’s the MSI MPG Z490 motherboards, designed for gamers who want to extract the most performance out of their 10th Gen Intel Core processors without losing out on style. All the MSI MPG Z490 boards come with onboard Mystic Light LED for that touch of bling.

With a military-inspired design, the MSI MAG series is designed to satisfy every gamer’s needs without breaking the bank. The MSI MAG Z490 TOMAHAWK features an aluminium cover over its Duet Rail Power System VRM setup. All M.2 slots are equipped with M.2 Shield Frozr too to keep them running optimally. 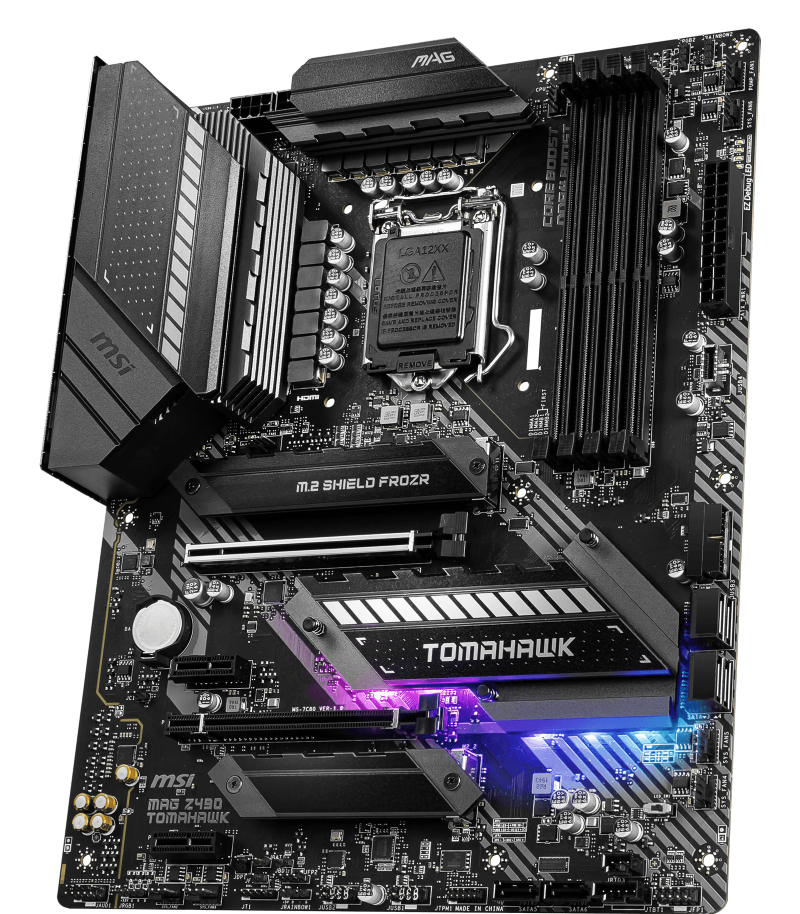 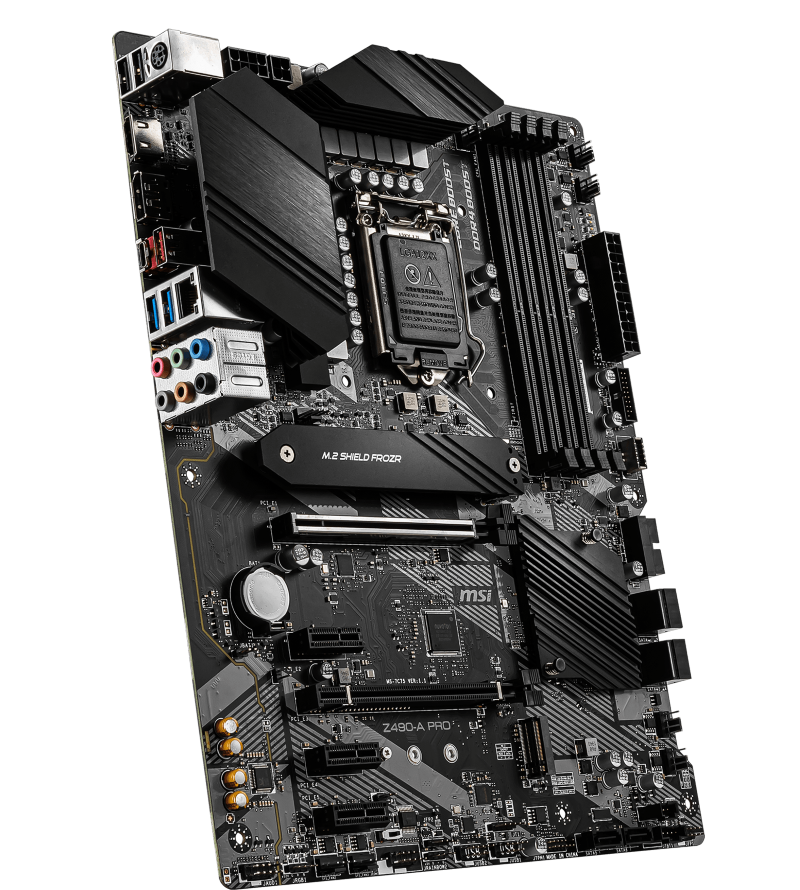 I know most of you are also probably waiting for the MSI B550 boards overview, but stay tuned for that as we get in touch with MSI Malaysia.