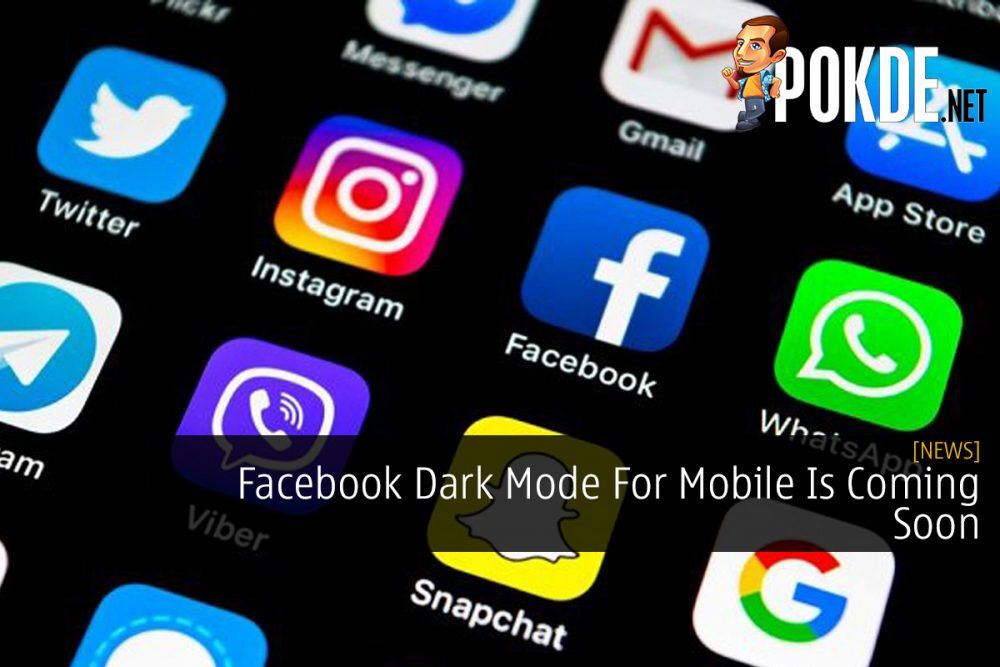 It seems that Facebook has confirmed that Dark ode will indeed be arriving to the platform, especially for mobile devices soon.

There’s been reports that Facebook is working on the mode for their mobile app and it seems that the company has spoken about it.

While Instagram and WhatsApp, both of which owned by Facebook has been featuring the mode for quite some time, the Facebook app has yet to see the light of it (or in this case dark).

As you probably have known already, with dark mode, it’s more pleasing to the eyes as well as less battery consuming, especially if you’re using OLED displays.

A Facebook spokesperson has said that despite the news, the feature has no specific timeline just yet of its release.

Pokdepinion: All I can say is, it’s been a long time coming.