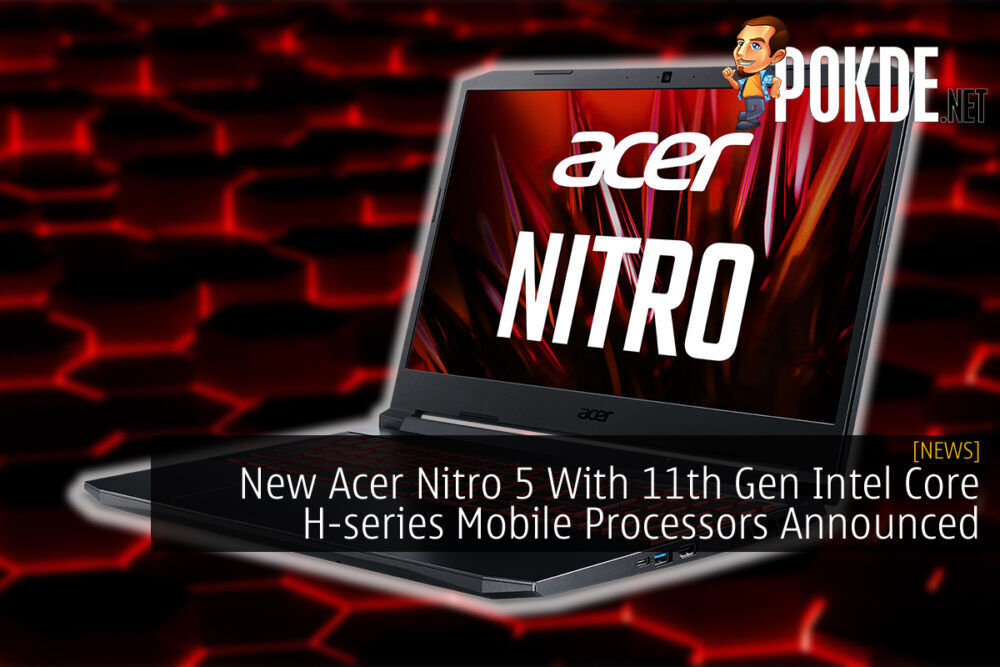 Acer has just released a new Acer Nitro 5 in Malaysia, which features 11th Gen Intel Core H-series mobile processors and NVIDIA GeForce RTX 3060 graphics. Acer Malaysia is also providing up to 50% off certain Acer items in Acer official and approved retailers on Shopee and Lazada in connection with the 7.7 Mid-Year Sales. 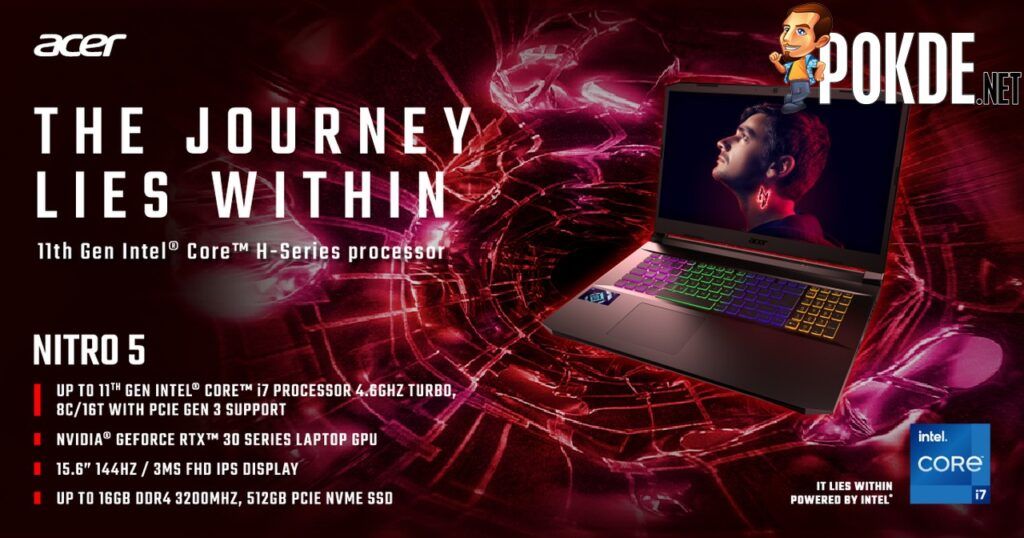 The 11th Generation Intel Core H-series mobile processors are designed for gamers and content makers who want more processing capability. The new Acer Nitro 5 comes with up to 16GB DDR4 RAM and a 512GB PCIe NVMe SSD that can run the most popular games and is paired with an NVIDIA GeForce RTX 3060 graphics card. The Nitro 5 also supports up to 32GB of RAM and has an addition additional M.2 slot for a 2.5-inch SATA expansion storage upgrade. 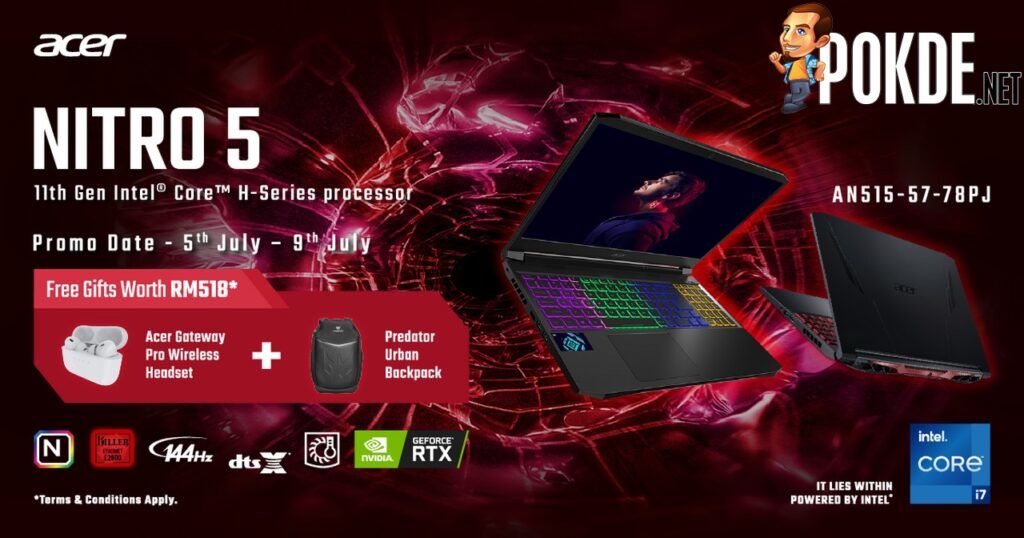 That’s not all, customers who purchase the i7 version of the Acer Nitro 5 between July 5 and July 9 from Acer official and certified stores in Shopee and Lazada will receive a free pair of Acer Gateway FAE-i5 pro Wireless Earphones, valued at RM239. 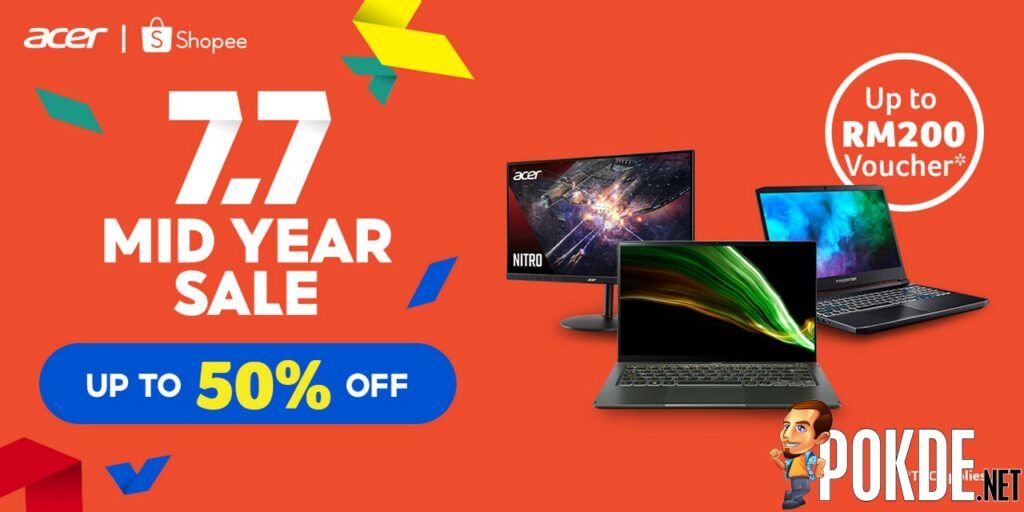 As mentioned before, Acer will have promotions for laptops, desktops, monitors and accessories at all Acer official and certified stores in Shopee and Lazada. during the 7.7 Mid-Year Sales. After an RM300 discount, the 11th Intel Core i7 Acer Swift 5 thin and light laptop is available for RM4,499 from Acer (retail price: RM4,799). A limited number of monitors are also available at discounted pricing. The selling price of the Acer XV270P, Acer XB273UGX, AOpen 22CV1Q, and AOpen 27HC5RP monitors has been reduced by almost 15%. 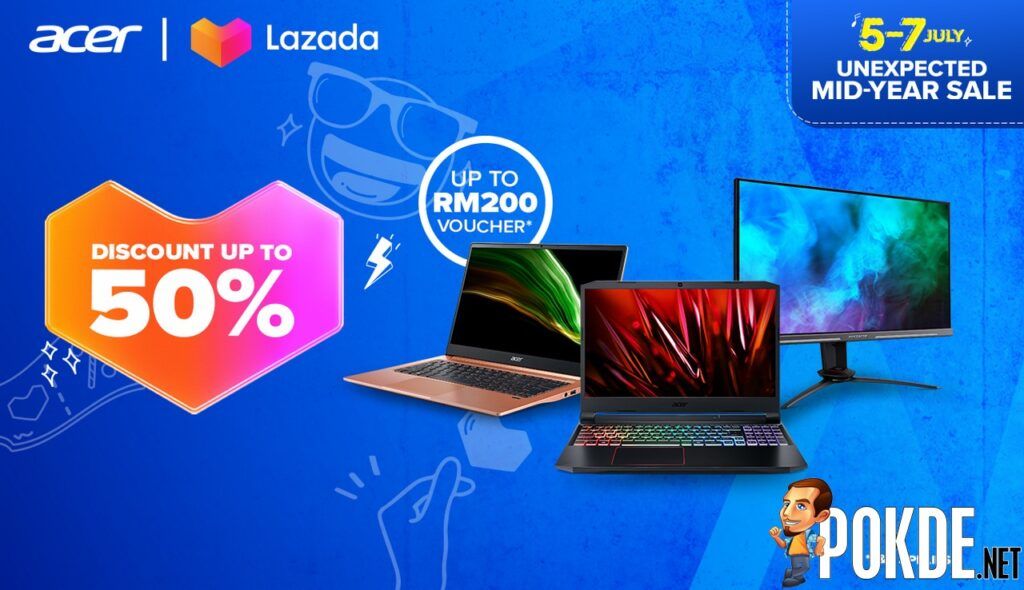 Pokdepinion: Oh wow the new Acer Nitro 5 is packing some serious value! Definitely a good purchase especially during times like this.