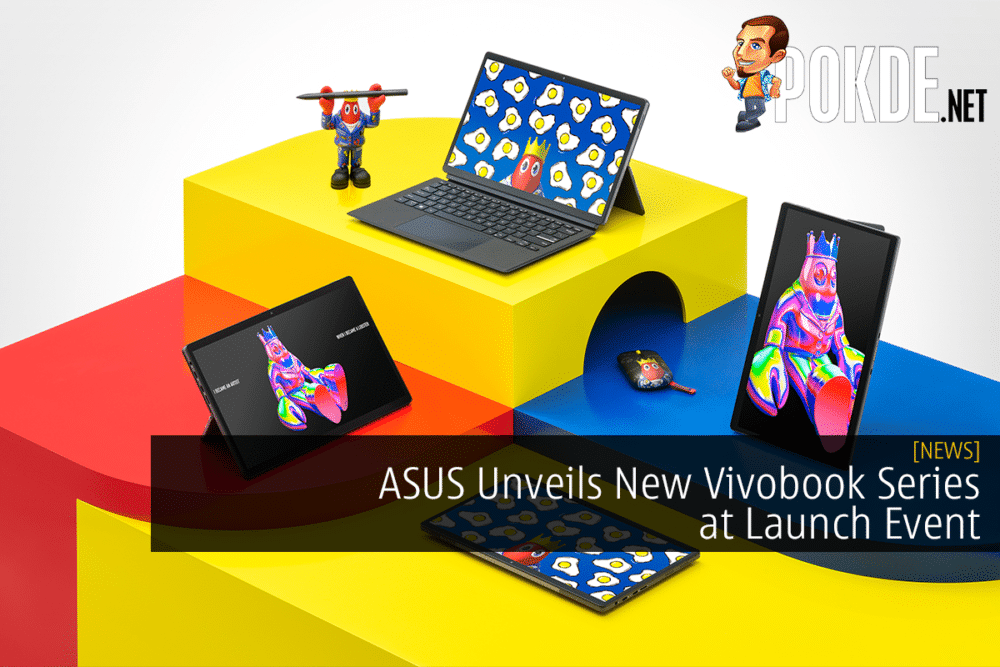 On the other hand, the sleek Vivobook S series offers the latest 12th Gen Intel Core H-Series and AMD Ryzen 6000 H-Series CPUs with ASUS IceCool thermal technology for up to 45 W TDP CPU performance, as well as the world’s first 14.5-inch and 15.6-inch 2.8K 120 Hz OLED displays, for those who require the highest performance possible in a thin and light form factor. 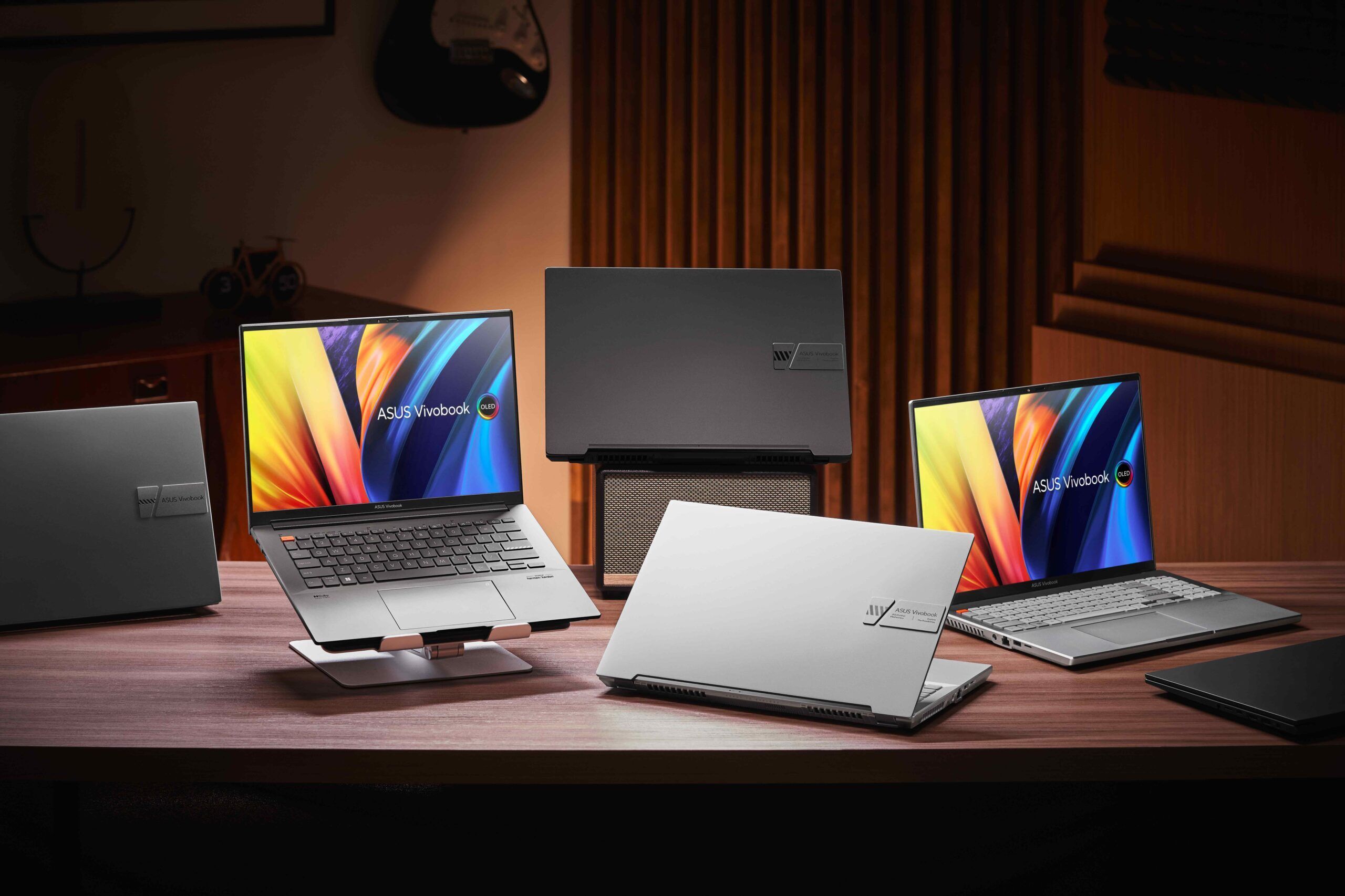 The Vivobook Pro series is intended for creators for its affordable but high-performance laptops. The new laptop models for 2022 are listed as the following:

Fast I/O capabilities, which include a 40 Gbps Thunderbolt 4 or USB4 port and HDMI 2.1, as well as USB 3.2 Gen 1 and USB 2.0 ports, an SD Express 7.0 microSD card reader, a 2.5 GbE LAN port, and the latest WiFi 6E, sums up the user-friendly features of the new Vivobook Pro models. In addition to up to 90 Wh battery, users will love the innovative and intuitive ASUS DialPad virtual rotary control for their creative programmes when combined with the ProArt Creator Hub app. 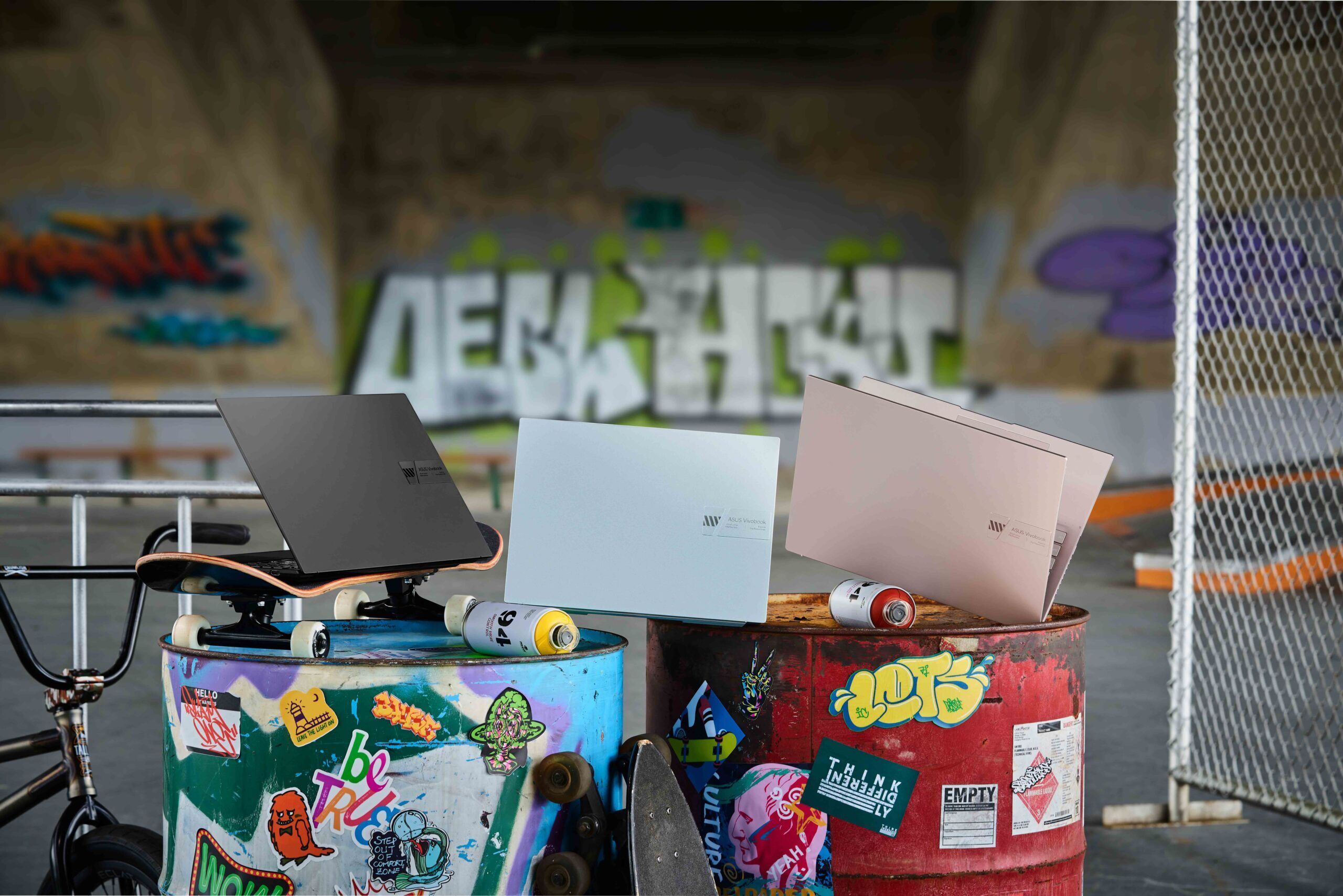 The Vivobook S series laptops are the thinnest and lightest in the Vivobook family, with chassis profiles as thin as 17.9 mm and weighing as little as 1.6 kg, yet they offer performance levels normally associated with much larger models. The Vivobook are among the world’s first thin and light laptops capable of 45 W TDP CPU performance.

The Vivobook S series laptops are among the first to offer CPU performance up to a ground-breaking 45-watt thermal design power (TDP). This results in Cinebench R20 benchmark performance that is up to 2.1 times better than the previous generation. This breakthrough is made possible by ASUS IceCool thermal technology, which efficiently increases heat transfer while preventing throttling.

The Vivobook S series laptops include the 14.5-inch and 15.6-inch 2.8K 120 Hz OLED panels, as well as world-class OLED NanoEdge displays with resolutions up to 4K and reaction times as low as 0.2 ms. These displays have a DCI-P3 colour gamut of 100 percent, are VESA DisplayHDR True Black 600 certified, and are PANTONE Validated for colour accuracy. Low blue-light certification from TÜV Rheinland ensures eye comfort during long viewing periods.

The Vivobook S series is distinguished by its user-friendly design, which has lay-flat 180° hinges for adaptability. ASUS AI Noise-Canceling Technology is included in the Harman Kardon-certified audio system for crystal-clear communications. Conference calls are safer and clearer with a physical camera shield and ASUS 3DNR technology. 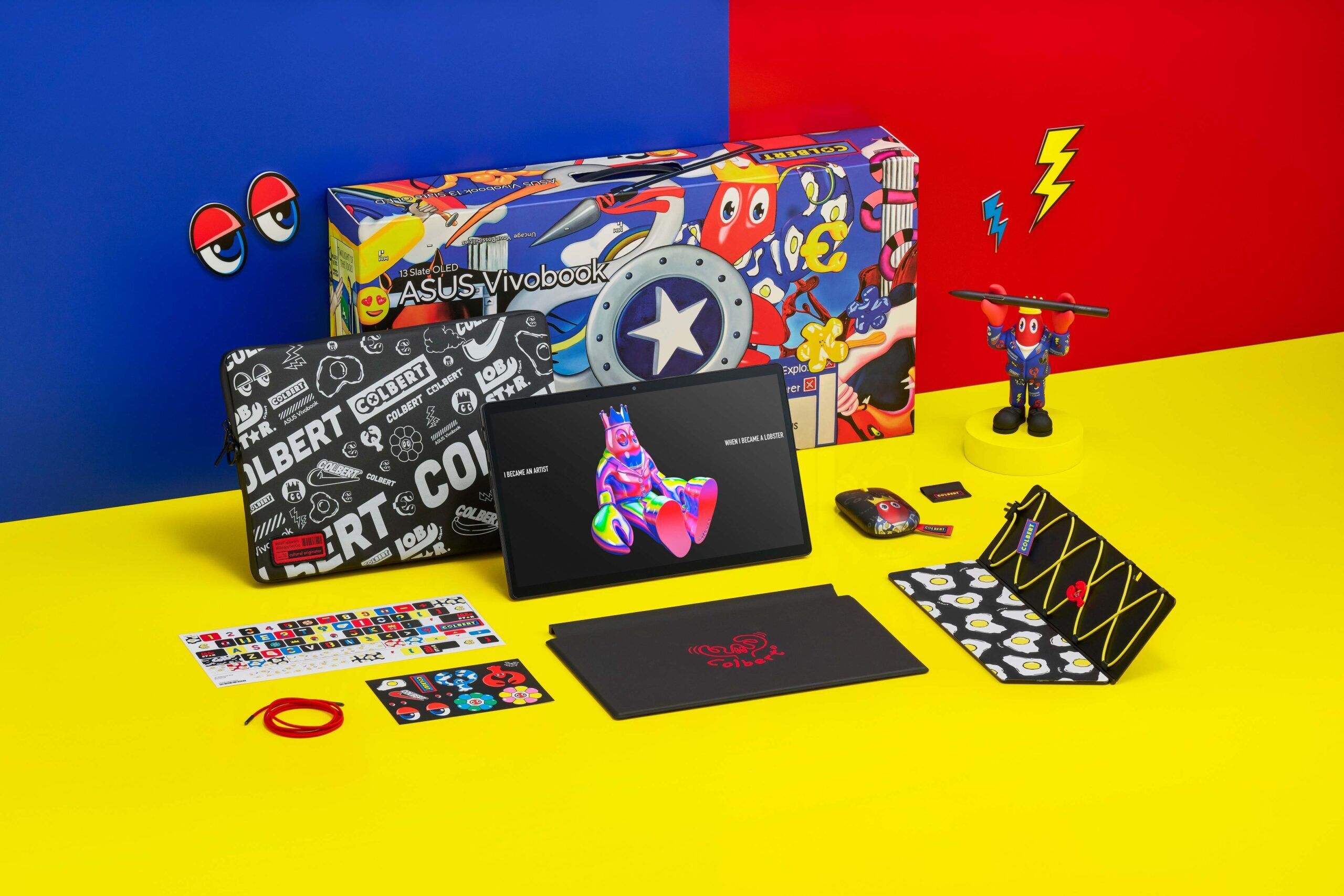 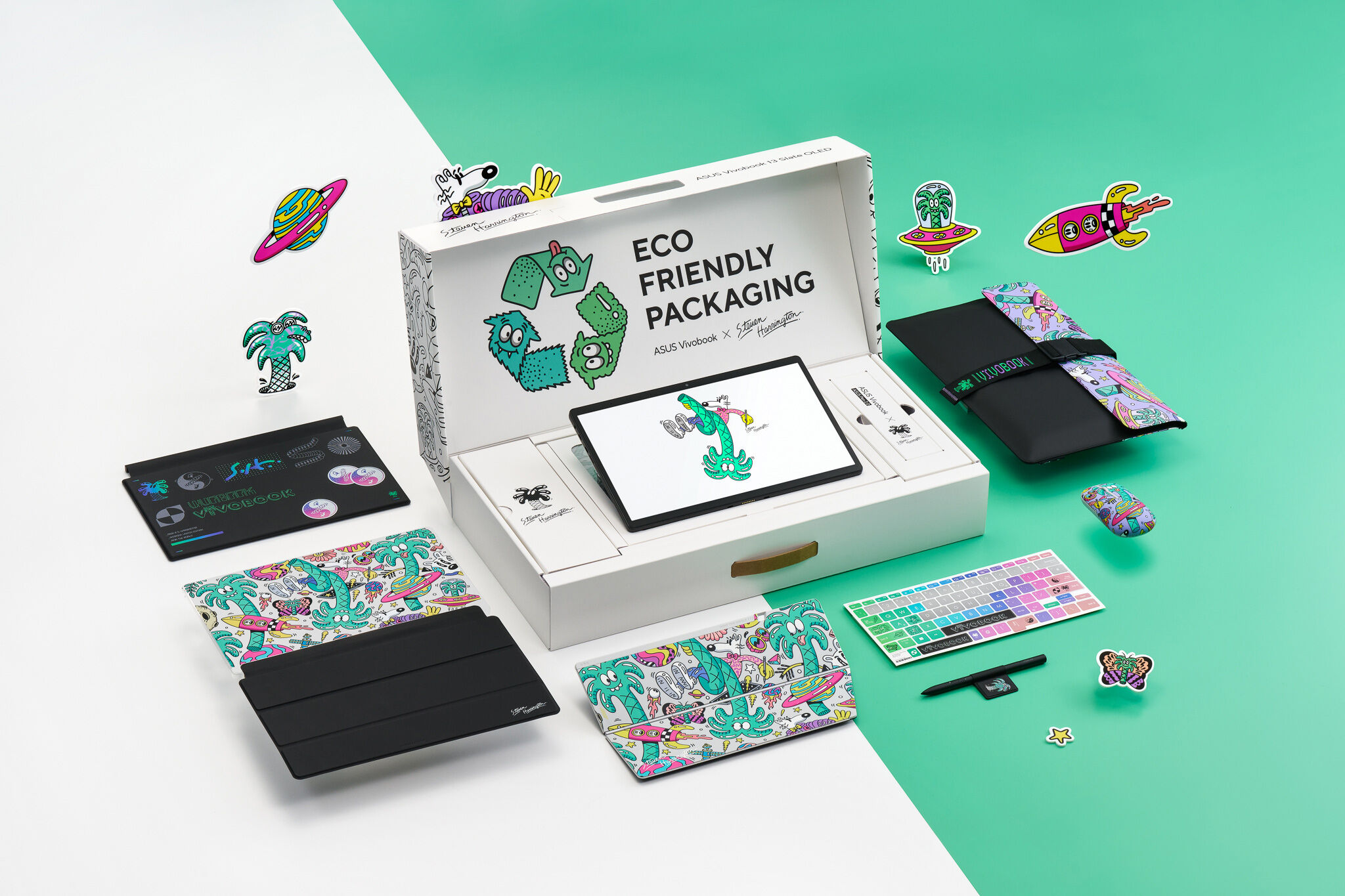 Vivobook 13 Slate OLED Artist Editions includes themed hardware, exclusive accessories, and packaging, all designed in conjunction with world-renowned artists Philip Colbert and Steven Harrington. Each of these editions represents the artist’s own vision, with specifically commissioned themed accessories such as a cover stand, smart cover, sleeve, stylus holder, and packaging showcasing their original artwork. Both editions come with an ASUS Marshmallow mouse developed by an artist.

For more information on the Vivobook series, feel free to visit the links below:

Pokdepinion: In love with the Vivobook 13 Slate OLED Special Edition. The design looks unique and cute.

Charlotte Wu
Once upon a time, a farmer obtained some beans in exchange for a cow. The beans became me. My love for eggs is very strong.
Pokde Recommends
AMDAMD RadeonASUSASUS VivoBookASUS VivoBook 13 Slate OLEDDDR5 RAMHDMI 2.1IntelGadgetLaptopNews
MORE
Read More
2119

WhatsApp Reactions Arrived for Android and iOS
Next