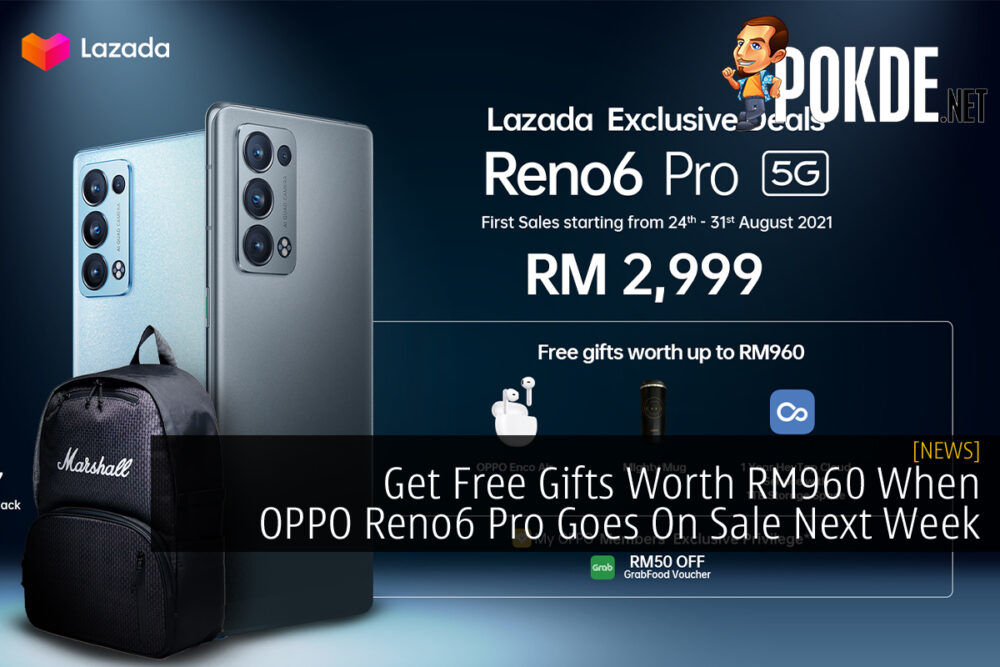 The OPPO Reno6 Pro was announced a few days ago and it came with thrilling pre-order bonus items worth RM1,099. Customers who miss out on the pre-order period need not worry; the Reno6 Pro will go on sale next Tuesday with a slew of other freebies, including the recently released OPPO Enco Air.

Get RM960 worth of free gifts with the OPPO Reno6 Pro 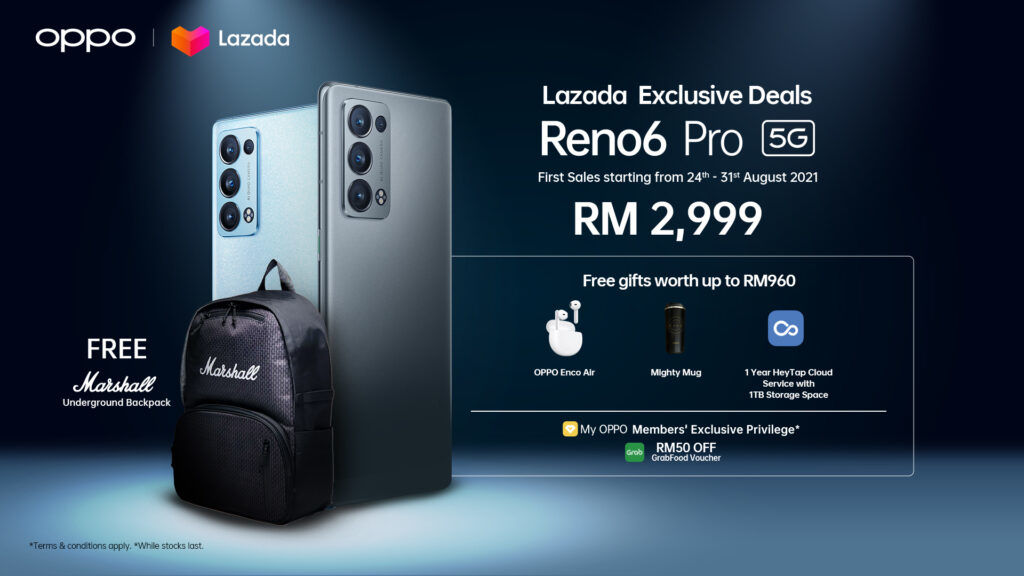 Customers who purchase the OPPO Reno6 Pro and other OPPO products on Lazada between now and August 31 will be entered into a fortunate draw to win prizes worth nearly RM6,000! The following prizes are up for grabs:

To enter, simply buy a new OPPO Reno6 Pro during the first sale period (August 24 to August 31) and you’ll get three lucky draw entries. Customers who buy other OPPO items between now and August 31 will be entered into a lucky draw.

Not only that, but from now until August 31, OPPO is running a PWP promotion to commemorate the debut of the Reno6 Pro. Customers who buy the OPPO Reno6 Pro can get the OPPO Enco Buds for RM1 or the new OPPO Enco Air for RM29, which are both great earphones for music and exercise.

To top it off, buyers of the new OPPO Reno6 Pro can get a further bonus in the shape of an RM100 OFF coupon code that can be used just once for future purchases on:

To do so, the new Reno6 Pro owner must first register as a My OPPO App member and then redeem the phone on the app. Stay tuned to OPPO’s Official Facebook Page for additional information about the OPPO Reno6 Pro and its advertising campaigns.

Pokdepinion: Eh those free gifts aren’t half bad. Stay tuned to our review of the OPPO Reno6 Pro coming soon!

Genshin Impact: How to Get Free Mora, Fragile Resin, and Mystic Enhancement Ore
Next