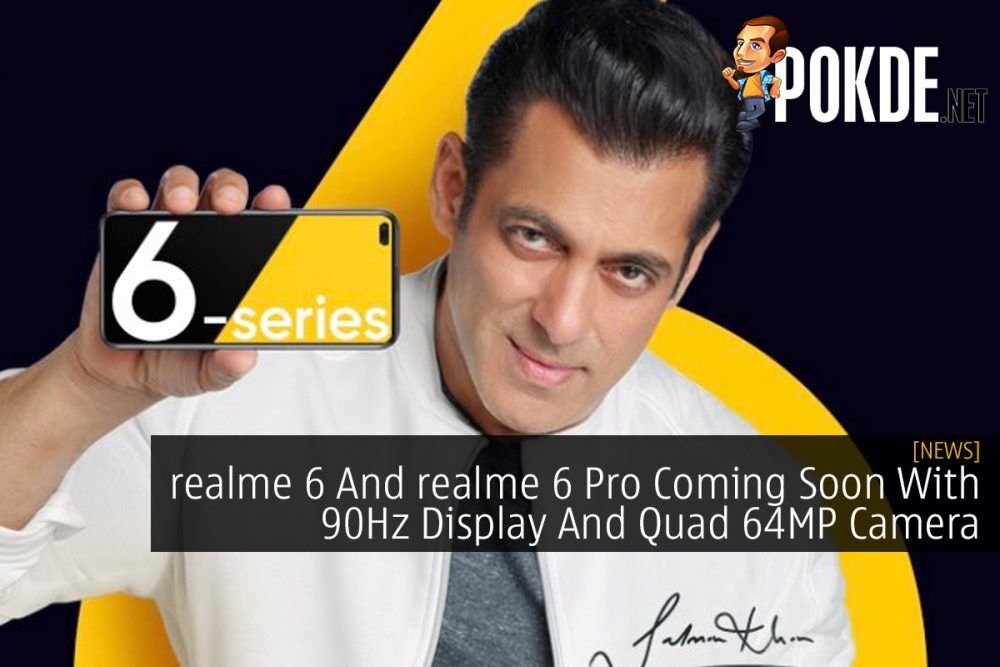 It seems that realme has officially announced that they will be launching their new realme 6 and realme 6 Pro smartphones this 5th of March 2020, where they come with a 90Hz refresh rate display as well as offering a quad camera setup at the back that offers a 64MP main camera.

The launch however will be in India first. Both devices will be coming with a punch-hole display. The realme 6 will however be sporting a single camera on the front compared to the realme 6 Pro’s dual selfie camera.

It is reported that the realme 6 Pro has the benefit of a Super AMOLED display that comes with the mentioned 90Hz refresh rate.

Both will however feature a quad camera setup at the back that comes with a primary 64MP lens. The pro version however will have the feature of a 20x hybrid zoom.

Though nothing has been official about their charging capabilities. the company has teased on their 30W fast charger, which the devices would probably come with a USB Type-C port.

With realme Malaysia looking to launch their realme C3 here in the country on the 3rd of March, we can expect the realme 6-series to come shortly after that. Stay tuned for more updates.

Pokdepinion: Specs wise, the realme 6-series looks interesting. Let’s just hope we can have a taste of them real soon.