Samsung Galaxy Fold up for pre-orders next week at RM8388 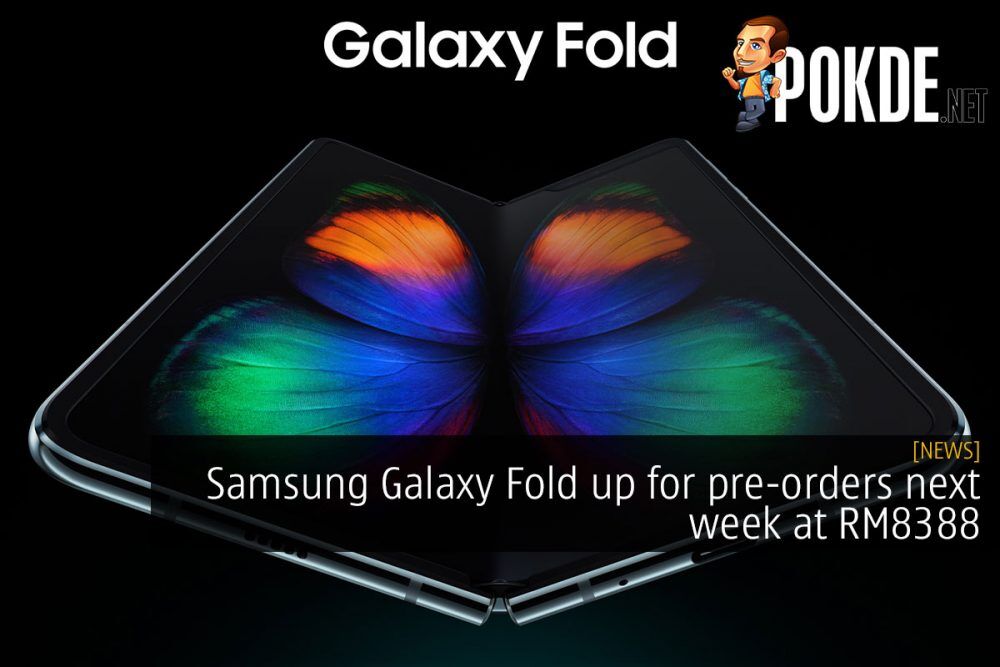 It isn’t cheap, but then again you are paying for what might be the most advanced smartphone display ever on a smartphone. Innovation does not come cheap, guys. Also it comes with Galaxy Buds worth RM499 in the box, so you aren’t actually paying that much for the Galaxy Fold itself. I mean, certain brands charge about as much for a smartphone with a luxury car brand logo on it.

However, aside from the cool flexible display which is both a boon and bane for Samsung, the Samsung Galaxy Fold touts specifications that are par for the course in a flagship. Nothing too special, as you can see below.

The pre-orders will commence this 9th October, and the Galaxy Fold can be gotten in Cosmos Black or Space Silver. Keeping up the exclusivity is 24/7 customer care services, to ensure that you get the best experience Samsung has to offer. Are you game?

Pokdepinion: A smartphone that costs about as much as my laptop… Hmm

TCL hits the ground running with RM1199 TCL PLEX
Next