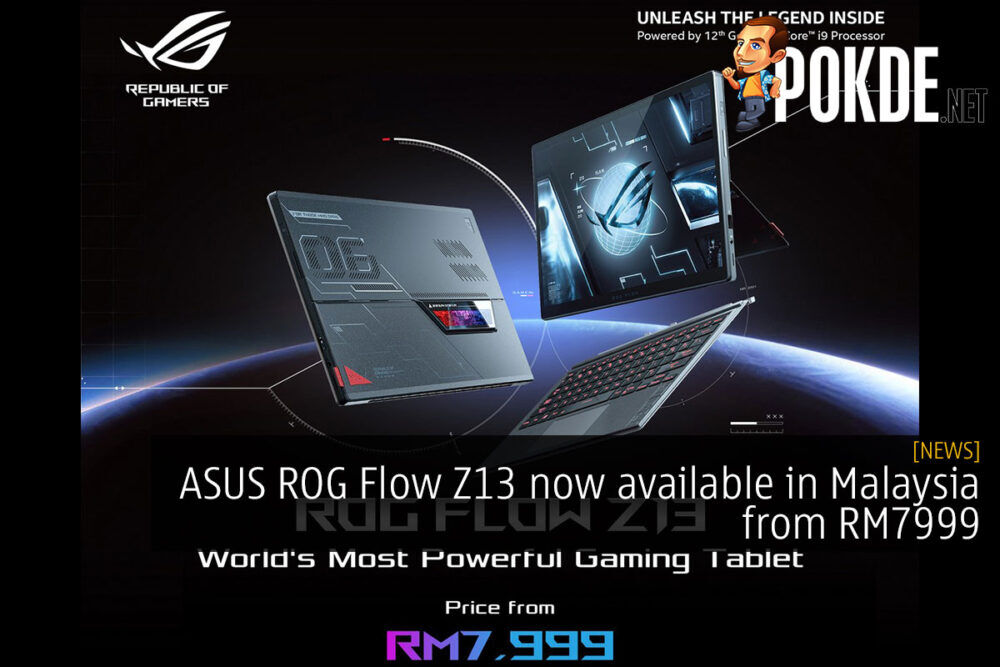 The much-awaited ASUS ROG Flow Z13 has just been officially announced in Malaysia in The Rise of Gamers Product Launch earlier, offering gamers an all-new form factor to get their gaming fix on. Well, all-new, unless you consider the ROG Mothership as a tablet… Which it technically is one… But not really…? Anyway, the ROG Flow Z13 is now here, and the prices are starting from RM7999, which is pretty cool, considering just how unique this machine really is. 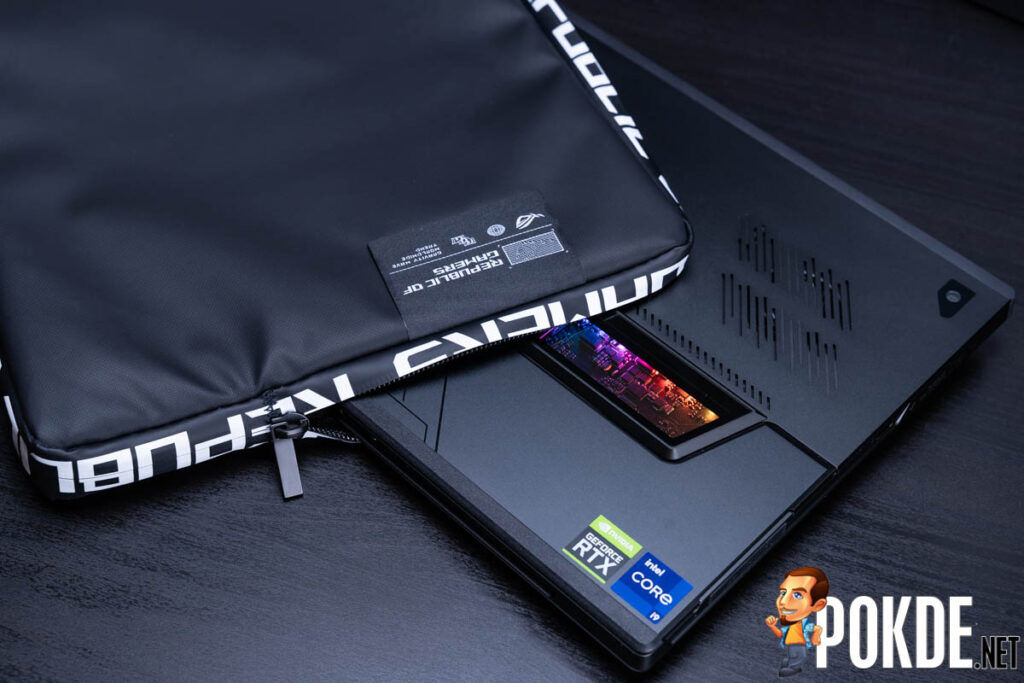 ASUS designed the ROG Flow Z13 to not only be the world’s most powerful gaming tablet, but also probably the most portable gaming machine yet. It weighs just 1.1kg and measures a mere 12mm thin. The 13.4″ display also makes it perfect to slip right into your backpack, or the included sling bag. And of course, it features a design that you will want to show off, complete with a window on the back to flex on the plebs using lesser devices. 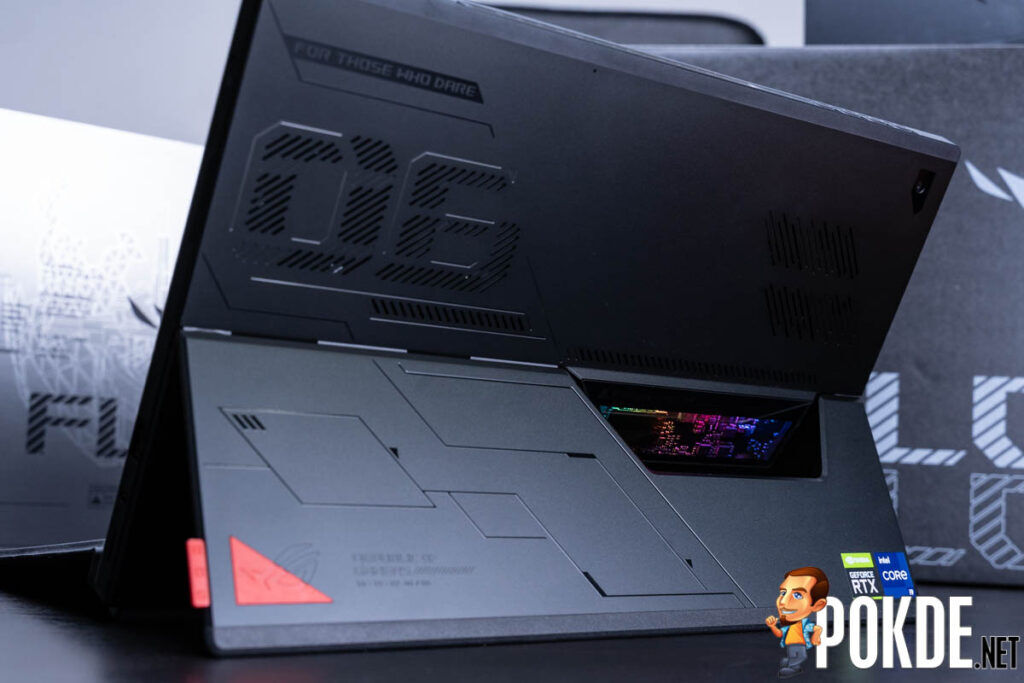 But what’s even more interesting is that even with it being that compact, the ROG Flow Z13 packs up to an Intel Core i9-12900H and the GeForce RTX 3050 Ti for some serious gaming performance when on the go. Cooling is courtesy of a large vapor chamber that wicks heat away from the CPU and GPU effectively, while two fans expels all that heat out of the chassis. Given that the fan intakes are right behind the upright display, airflow is unhindered, allowing for maximum cooling efficiency. 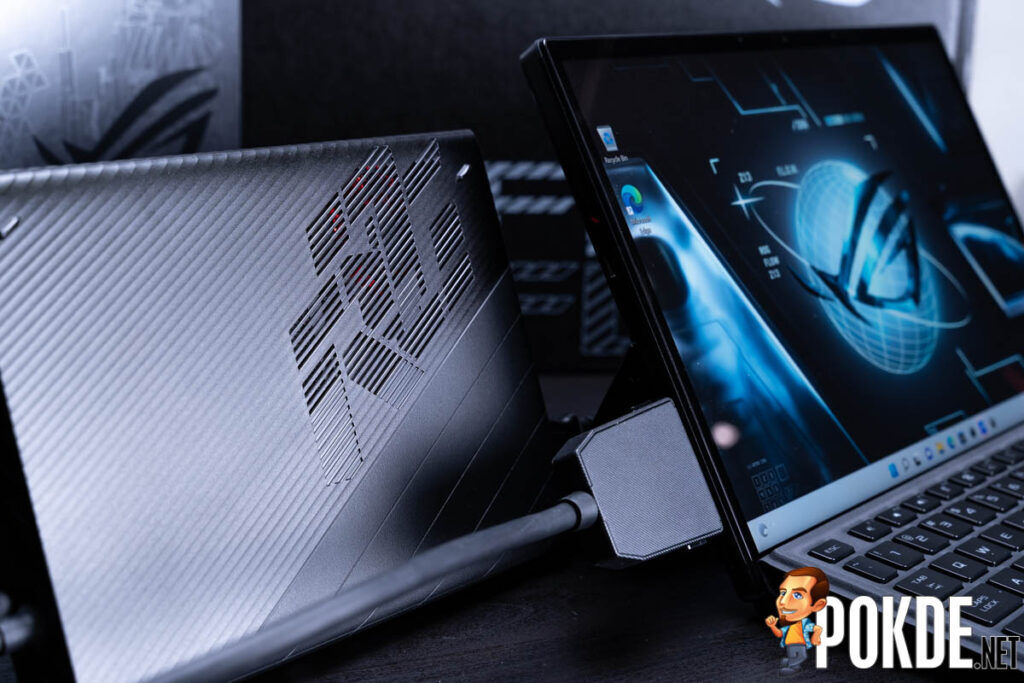 Still think it needs a bit more oomph for your games? Well, that’s where the ROG XG Mobile comes in. The ROG Flow X13 debuted support for the ROG XG Mobile, an external GPU solution that overcomes most of the shortcomings of ultraportable gaming machines. Not only does it add extra GPU performance, it also serves as an I/O hub to add more connectivity options than what you would find on even desktop replacement gaming laptops. 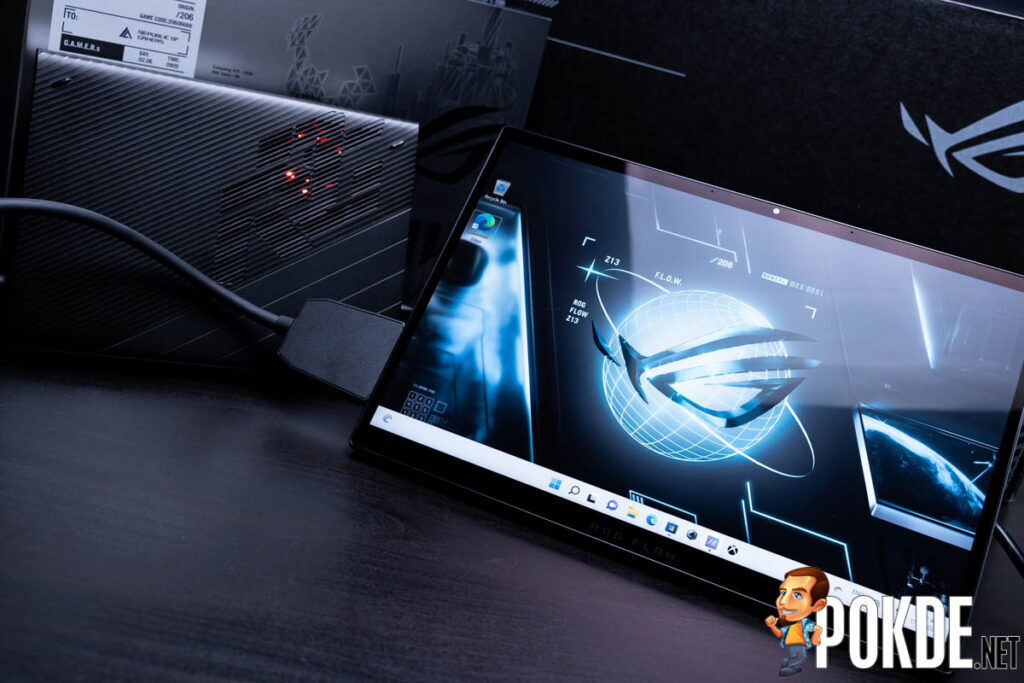 For the other laptops announced during The Rise of Gamers launch, you can check out the following articles:

Pokdepinion: Never have I thought that I would be able to see a Windows gaming tablet in my lifetime…

Xiaomi 12 Pro Review — one step forward, two steps back
Next