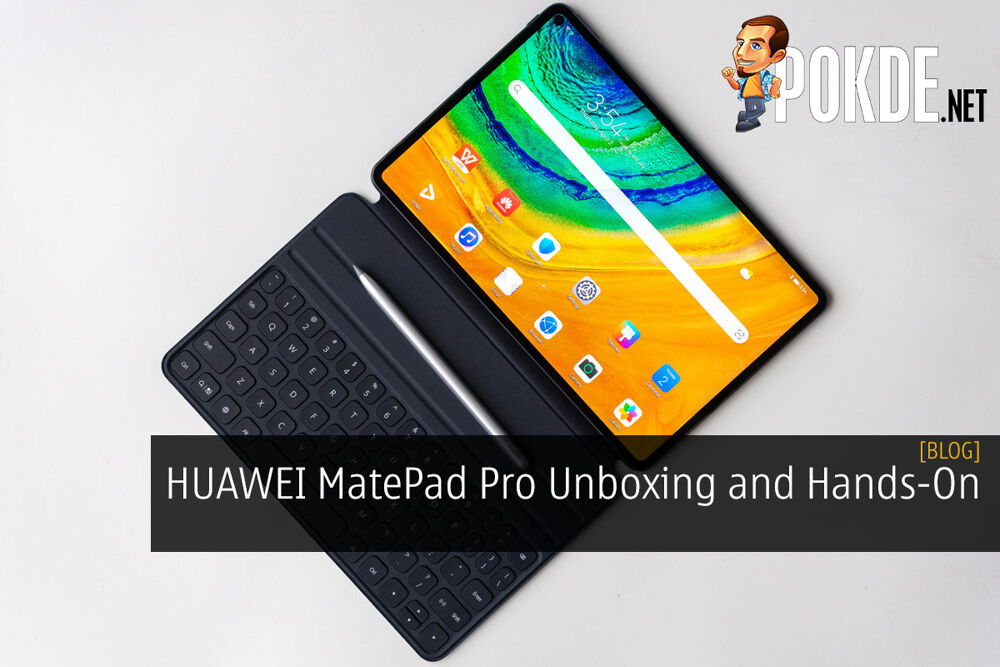 HUAWEI is probably better known for their smartphones, and more recently for their laptops. While that may be the case, they do make tablets, and they just recently launched the HUAWEI MatePad Pro, their flagship tablet that offers improved productivity-oriented features, among other magnificent features. But first, check out our HUAWEI MatePad Pro unboxing video.

Our unit comes in a premium Midnight Grey, which is bluer than you might expect a color option dubbed “grey” would be.

A great screen with good accessories 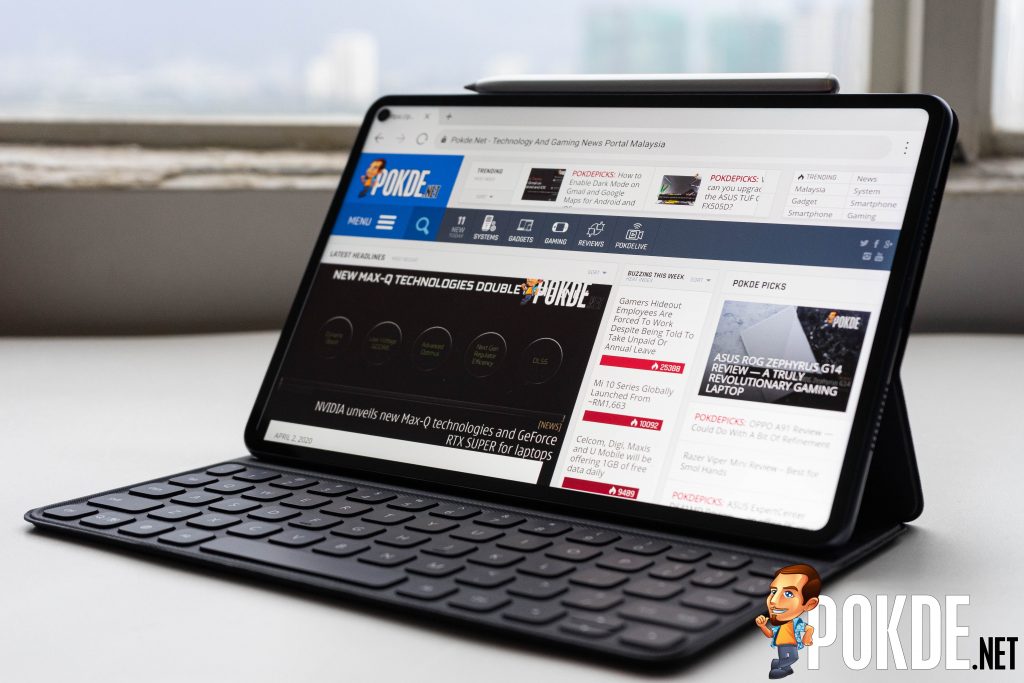 As mentioned earlier, HUAWEI designed the HUAWEI MatePad Pro for productivity, and as such, they also made an accompanying keyboard cover as well as the HUAWEI M-Pencil. Yes, it’s not the old M-Pen, this is new. On the software side, there’s the Desktop mode which is what you are looking at in the image above. It turns the HUAWEI MatePad Pro into a mini-laptop of sorts, complete with a Start menu. It works fine although you can see websites like our own here looking a little cramped on the 10.8″ display. 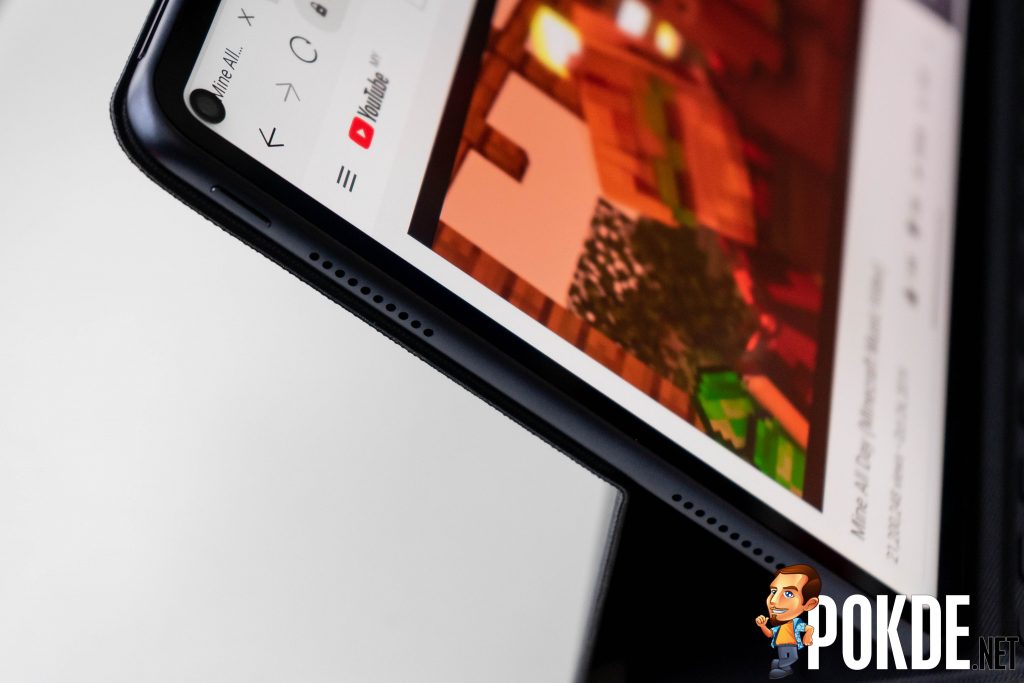 When used for entertainment, you will find the high resolution screen really nice to look at. This is one of the better tablet displays I have seen. The audio is also excellent thanks to four speakers on the side. It definitely sounds as loud as a good laptop should, while sound rather decent too.

If you use it to type out stuff on the smart magnetic keyboard, you might find that the flatness of the keyboard might not be as convenient to type on as a desktop keyboard. The size of keys like Backspace are also non-standard, which might make it quite frustrating if you are coming from a desktop to work on the HUAWEI MatePad Pro. 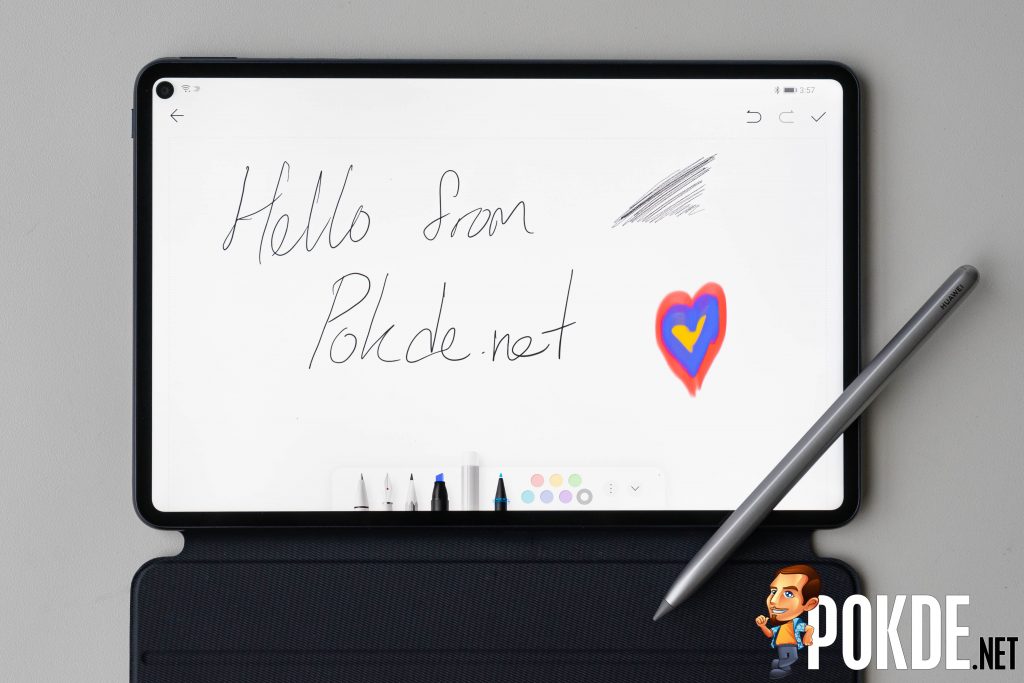 The M-pencil is a nice accompanying accessory, with it supporting up to 4096 levels of pressure sensitivity. While I am definitely not an artist by any measure, I did find that writing and drawing on the screen to be relatively natural, with the tip of the M-pencil gliding smoothly across the display unlike your average stylus. 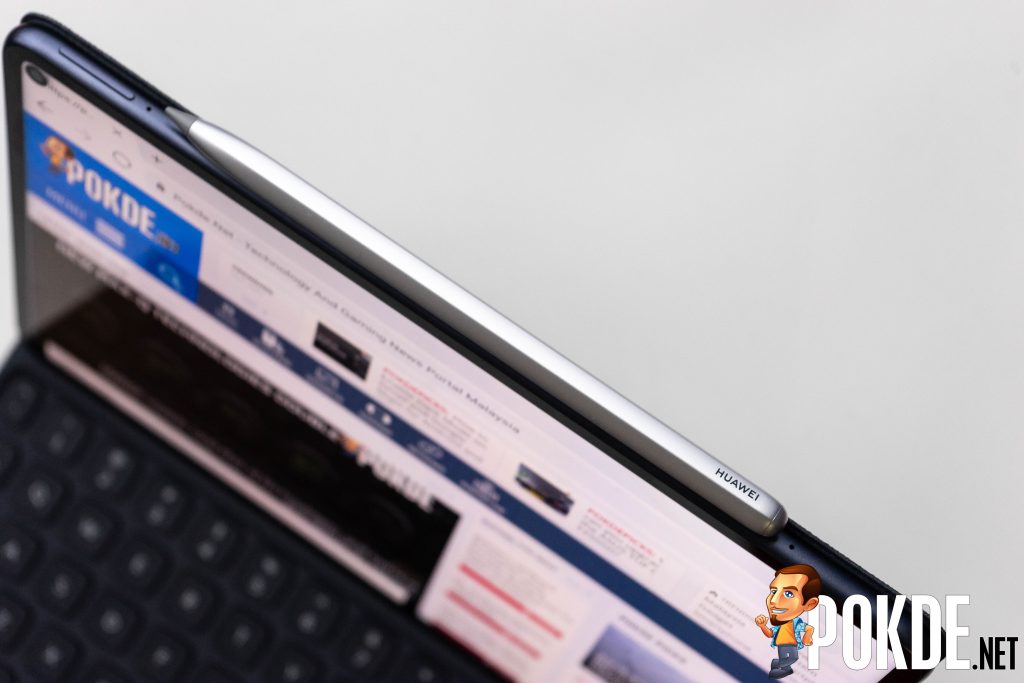 It’s an active stylus though, so you will need to recharge it. With that said, it attaches magnetically to the top of the tablet to recharge wirelessly, and HUAWEI claims a 30-second charge is sufficient for 10 minutes of use, which is really quite good. And since it attaches magnetically, it’s also the logical place to stow it away, ensuring that the M-pencil is always charged when you need to use it. 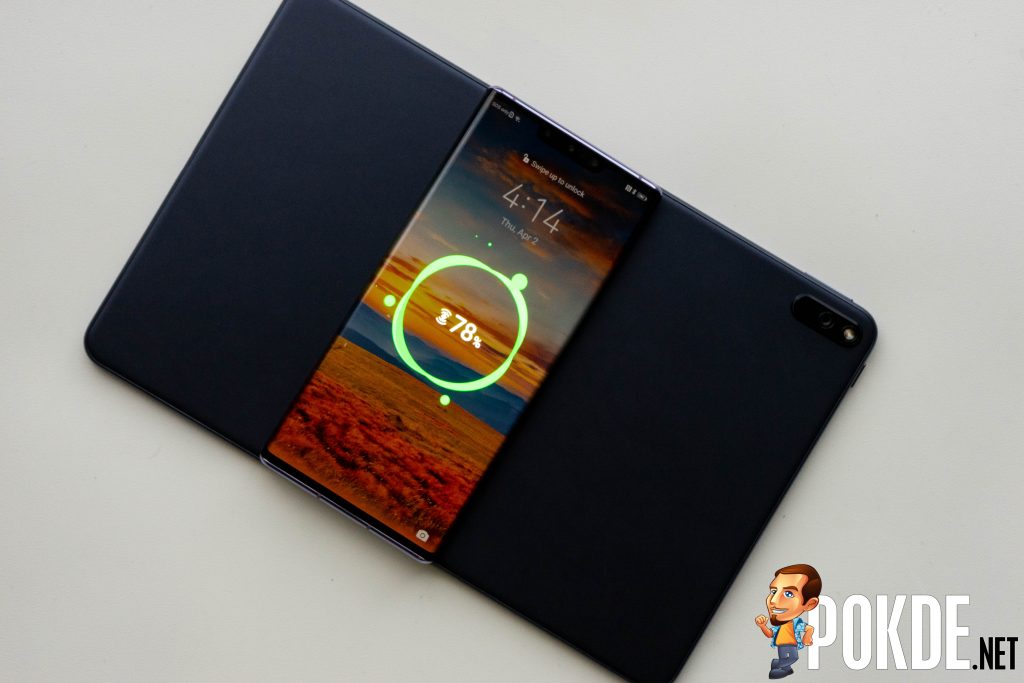 And speaking of charging, the HUAWEI MatePad Pro supports wireless charging and 40W HUAWEI SuperCharge although a 20W fast charger comes in the box. It can also perform reverse charging, with a wire and also wirelessly. The output is similar at 7.5W, so you can give your phone a quick recharge if it’s running low. 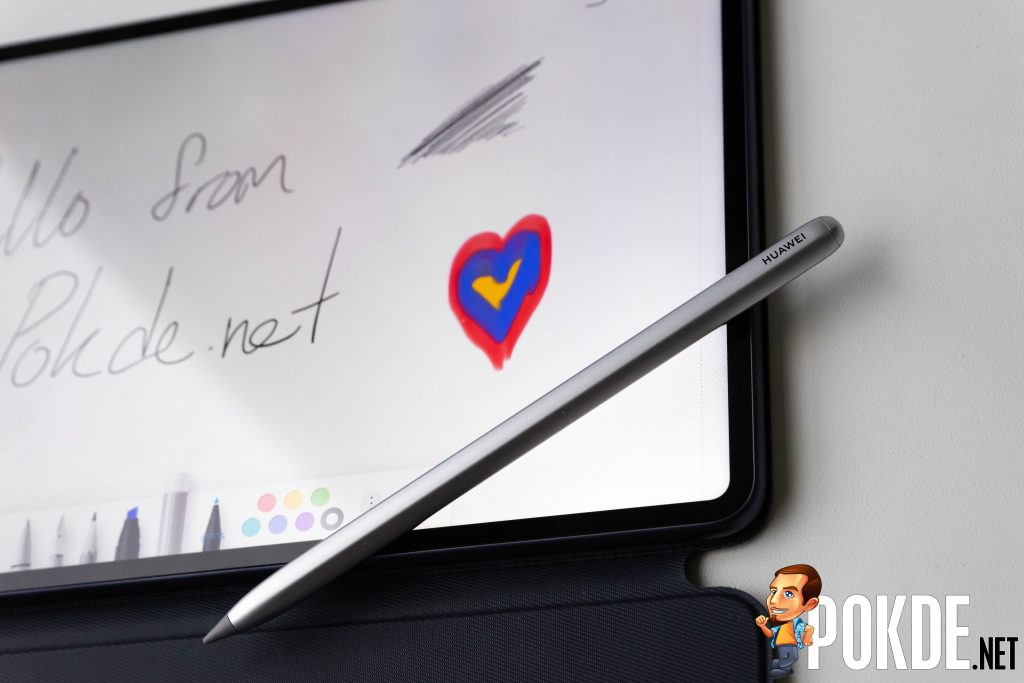