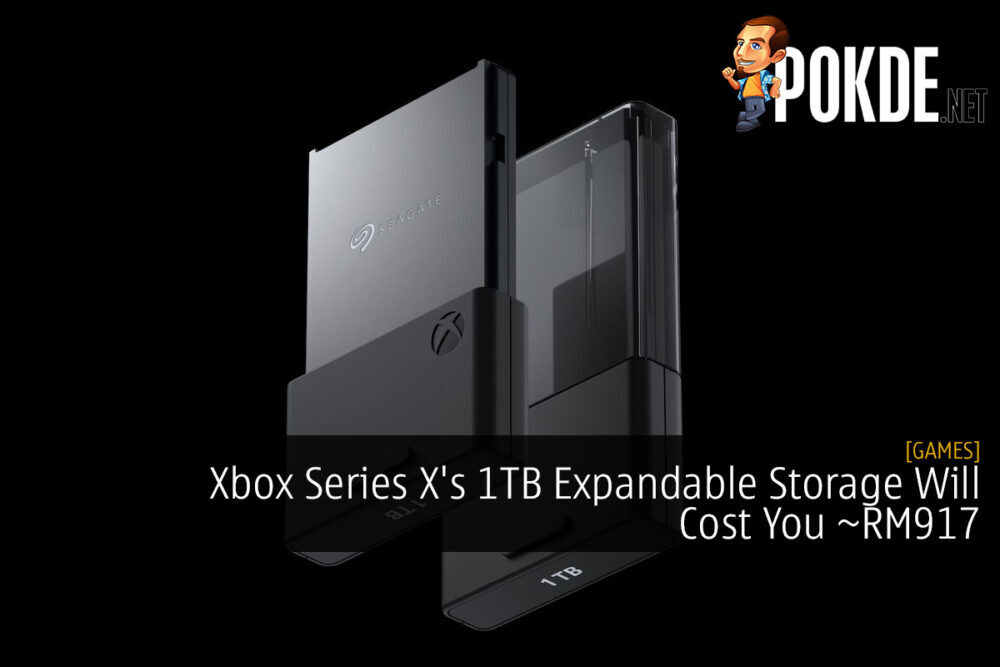 Microsoft will be offering a 1TB expandable storage drive for the Xbox’s next-gen console, the Xbox Series X and Xbox Series S. It does come with a big price however, specifically $219.99 (~RM917).

As you’d expect, the drive will give you extra space to store your games and files on the console. They can be fitted in at the rear of both the Xbox Series X and S.

It seems that the expandable storage is Microsoft’s proprietary and it is said that Seagate is the manufacturer for the storage solution.

If you’re wondering, the Xbox Series X offers you 1TB of SSD storage while the lower end Xbox Series S coming with just 512GB. The price of the expandable storage might come to a shock to Xbox fans.

Their rival console, PlayStation 5, allows gamers to slot their very own storage drives into the console but will need to meet certain requirements such as the speed and size.

Pokdepinion: The price…well I wished that it was slightly lower. Seeing how increasing games nowadays takes space from your storage, you’d definitely need an upgrade.

Raja Idris
The name's King, Kingky King. Likes to keep it simple and straightforward. A person who games regardless of what platform. Need value for money performance? Get AMD.
Pokde Recommends
consoleConsole GamingexpandableMalaysiaMicrosoftPCIe 4.0 SSDpriceSeagateGamingMicrosoftNewsXBOX One
MORE
Read More
494

PUBG Mobile Is Collaborating With K-POP Superstars BLACKPINK In Celebration O...
Next