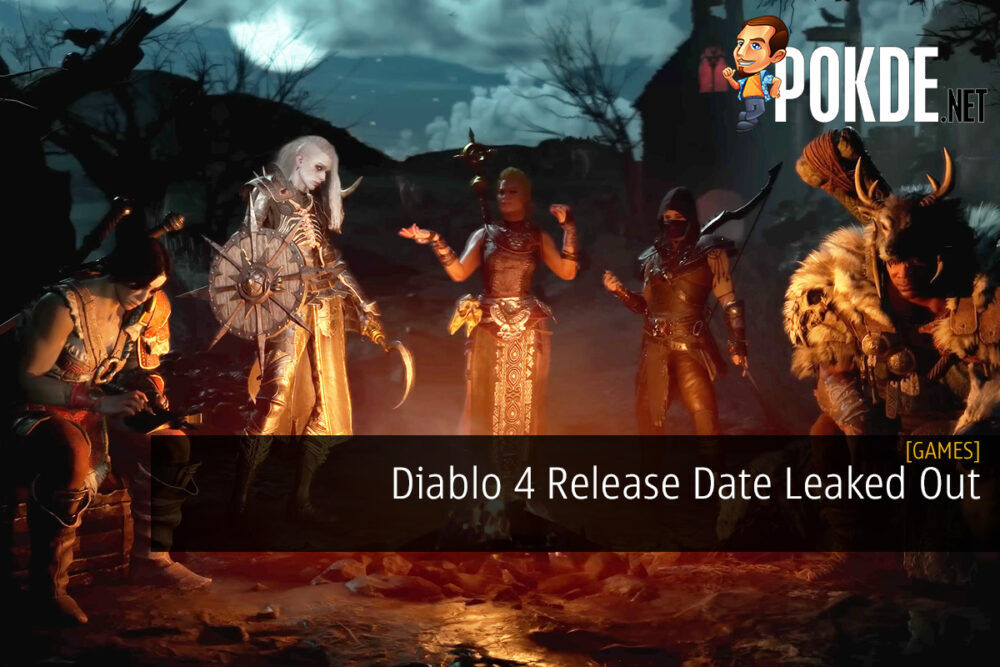 For those of you looking forward to Blizzard’s newest RPG, the release date for Diablo 4 has allegedly been leaked out already.

According reliable insider Aggiornamenti Lumia on Twitter, Diablo 4 will apparently be launching on 5th June 2023. The game will be available for sale in Standard Edition, Digital Deluxe Edition, and Ultimate Edition, with the Xbox version supposedly being 80GB in size.

According to the data miner, the game has surfaced on the backend of Xbox Store, which is why there is more details on the Xbox version of the game. For now, do take this information with a grain of salt as we expect an announcement of sorts on the game at The Game Awards 2022 on 8th December 2022.

Diablo 4 will be launching for the PlayStation 5, PlayStation 4, Xbox Series X, Xbox One, and PC.

Pokdepinion: Well, mid-year 2023 sounds fine but as long as the game isn’t a buggy mess at launch, I don’t mind if it ends up being later either.

Aiman Maulana
Jack of all trades, master of none, but oftentimes better than a master of one. YouTuber, video editor, tech head, and a wizard of gaming. What's up? :)
Pokde Recommends
Actionaction RPGActivision BlizzardadventureBlizzardDiabloDiablo 4leakGamingNewsPCMR
MORE
Read More
4623