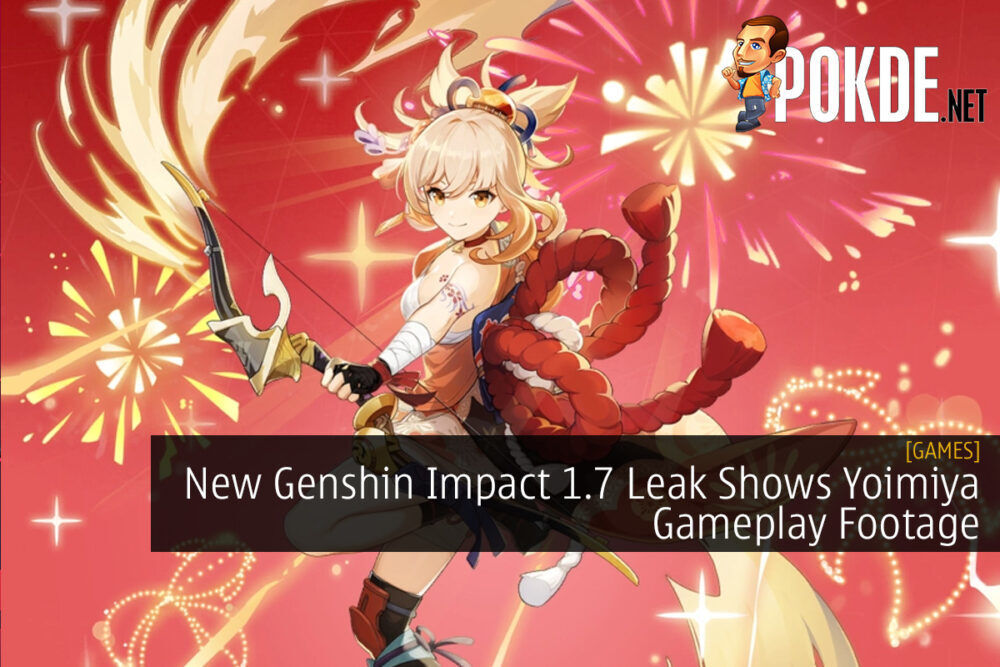 As we’ve reported previously, we may see a total of 5 new characters in Genshin Impact 1.7, and Yoimiya is one that has been rumoured for an extensive amount of time. If you’re wondering how she plays, we have gameplay footage and details of her abilities right here.

The gameplay footage of Yoimiya was tweeted by renowned Genshin Impact leaker Sukuna. It certainly does look legit and we have no reason to believe it to be fake thanks to their relatively solid track record of leaks in the past.

Judging from the footage, as well as another video showcasing her burst skill, it wouldn’t be a surprise to see her grow massively in popularity when she’s finally launched. If you want to know about her talents and constellations, here’s what we know thus far:

Pokdepinion: My money and Primogems are pretty much ready at this point. People are already making Discord servers dedicated to the character, and I’m sure it’s gonna get even more hyped when she’s out.